Wealth division in SA and around the world 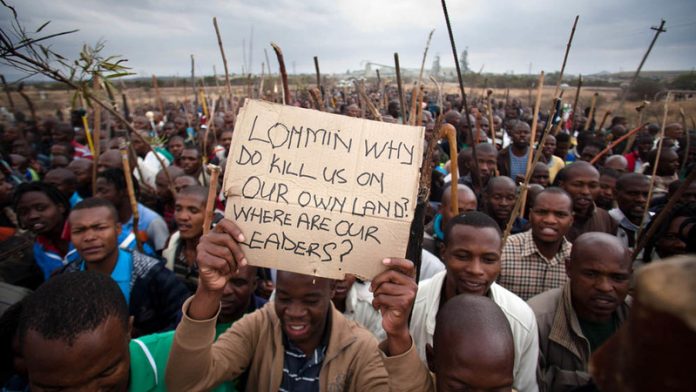 Thomas Piketty, the French economist whose Capital in the Twenty-First Century has become one of the most talked-about – if not read – economic books of our times, opens his 685-page tome in the North West province of South Africa on August 16, 2012.

“The South African Police intervened in a labour conflict between workers at the Marikana platinum mine near Johannesburg and the mine’s owners: the stockholders of Lonmin Inc based in London. Police fired on the strikers with live ammunition. Thirty-four miners were killed.

“As often in such strikes, the conflict primarily concerned wages: the miners had asked for a doubling of their wage from €500 to €1?000 a month. After the tragic loss of life, the company finally proposed a monthly raise of €75.

“This episode reminds us, if we needed reminding, that the question of what share of output should go to wages and what share to profits – in other words, how should the income from production be divided between labour and capital? – has always been at the heart of distributional conflict.”

Piketty, now in his early 40s, has spent much of his working life looking at this relationship. His first concern – and he has spent years doing this – has been to collect the data. His base data is taken from income tax records, which is processed and crosschecked against other available data.

This is a key strength of the book: the data that underpins it. It is dissected in many ways, chiefly through who earns what, allowing for comparison over time and with other societies.

Collecting data is one thing, but putting it into useful form means that key concepts need to be understood. Piketty does this in the first part Capital, walking the reader through its key explanations. He does an engaging job, turning frequently to literature such as Jane Austen’s, among others, to help elucidate, but I imagine there will be readers who will skip much of the early sections to his arguments and prescriptions.

Patterns of wealth
Piketty presents his data dispassionately. He shows that, in the past century, the two world wars had devastating effects on capital and that, after World War II, the major economies showed wealth convergence over several decades as income extremes neutralised.

This reversed in recent decades, though, especially in the United States, where the phenomenon of the stratospherically-paid supermanager emerged, creating once again gross levels of inequality.

The book for the most part deals with developed economies, although it does make some reference here and there to developing countries too. Piketty says that in the cases of Argentina, India, Indonesia and South Africa, where he has the data, the top incomes are “roughly the same as in the rich countries”.

Piketty and his colleagues have put together the World Top Incomes database, which includes South Africa, which has income tax records stretching back to 1913, being one of the first countries to introduce such a tax.

This is the highest of the 28 countries in the database. Most – France, Australia, Netherlands, Switzerland, Sweden, Spain and Italy – have between 27% and 32% as a share of income for the top 10% of earners.

The economist Paul Krugman, an enthusiastic supporter of Piketty, says the key contribution of Capital in the Twenty-First Century is that it challenges the idea that current inequalities are merit-based. Piketty rather shows that, if you want to end up with a sizeable fortune, start out with a large fortune in the first place.

Although Karl Marx, who penned a book with a similar title in the 1800s, was all for revolutionary change to tackle the social injustices he saw, Piketty is no revolutionary. He wants to reform capitalism rather than overthrow it.

He is also far from strident on how to fix it. Chiefly he sees the need

for global taxes on capital, although the rates he suggests could be no more than a few percentage points or so.

He is not even too optimistic that there will be international support for taxes to regulate capital and suggests that such a new regime may have to start on a more limited basis, in continental Europe, for example.

But his book is revolutionary. It has new and comprehensive data which provide a long-term picture of how the economic cake is shared. Since 2008, there have been new concerns about financial sustainability, some seeing global regulation as the solution. This conversation is already under way.

Piketty’s is a timely, notable contribution.

How America’s next generation was outclassed

Politics, economics and transformation get lost in translation