The #6Rand challenge: let’s get food security on the national agenda 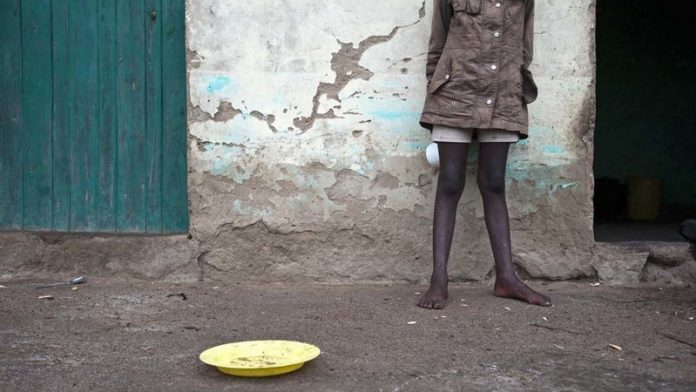 I am writing this after gorging on a rather disgustingly oily and sauce-filled chip and sausage roll. I am lucky in that I overlooked other options to pick this specific meal. Working near Rosebank, I have a salary and the ability to eat at most places. But I had a headache from having not eaten today and wanted something quick and greasy. My brain is now working again.

In this I am complicit in our extremely unequal society. Given that you have access to internet and are on this website, there is a good chance that you face similar choices of where to eat, rather than if you can eat.

My lunch – with a takeaway coffee – cost R46. According to a report released this week by Oxfam, that is more than many families live off for a whole week.

Their research, taken from official sources such as the General Household Survey, found that the top 10% of households spend R29 000 a year on food. This is 10% of their income.

The poorest 25% of households only spend R8 700 a year on food. That is half of their income. Another third of their income goes to accommodation, fuel for cooking and heating, and transport. These are households that can be up to 10 people, with only one breadwinner.

The huge disparity comes from wealth. South Africa produces enough food in most years to feed its 53-million people. But the pricing of food means if you do not have a job you do not get quality food. You may be full, but there are no nutrients in the food. This is why children are stunted and sit in class hungry, unable to concentrate. It is why we have such high obesity levels. Try buying a fruit or a vegetable for R6.

Oxfam found one family outside Port Elizabeth in the Eastern Cape living off R6 a day. Twin sisters, each with a child, would take turns to do odd jobs to raise this. For R6 they bought four potatoes and a cup of rice for their daily food. When they couldn’t raise money, they resorted to slices of white bread and sugary water. The constant hunger wakes their children up, and the sisters have thought of giving their children up for adoption.

The reality is that in this country of some extreme wealth there are people starving every single day. The General Household Survey found that 14-million South Africans do not know where they will get their next meal. Another 15-million are on the verge of food insecurity. That means that fewer than half of South Africans can eat, knowing they will have guaranteed meals in the foreseeable future.

Food security
As a journalist I have a precious platform. One that allows me to engage with people on the issues we need to talk about as a country. Food security, to date, has not been one of these. There is no national dialogue about ensuring this country keeps producing enough food, and that the poorest in our country can afford it.

We do not have a Food Security Act – something which you would think was essential if government was thinking critically about feeding everyone. Our legislation is piecemeal and means food security ranks below other priorities, such as the low job creation that comes from mining.

Until very recently I was unaware of how serious a problem we have. Sure, I think we all know that there are hungry people in South Africa. It is, however, a passive realisation.

It was only by spending more time amongst farmers – whose land is not being protected from incursions by things such as mining – that I became really concerned about food security. Most farmers are pretty blunt: South Africa will face a food crisis in the not-too-distant future. The country has always been good at making food, but not so much at ensuring people have enough. Now we are destroying our food producing potential, and thinking imports will fill the gap.

This is why I am sitting at my desk, wondering how to ask you to join us in raising awareness without seeming like a complicit middle class person trying to shave off some of his guilt.

On Thursday members of the Mail & Guardian newsroom are going to try live off R6 worth of food for the day. The conversations we have had are already fascinating: what do you prioritise; what do you drink; can you cheat and use spices; where can you even get something for R6 if all your shops are big chain stores?

It is pretty clear that you might be able to fill yourself if you pool your resources, but you will not be getting nutritious food.

Our challenge is a small exercise. But already people here have started learning more about food and are thinking about food in a different way. So maybe we cannot change the world with this small act. And maybe it is negated by the fact that we will be back to ordering expensive coffee on Friday. This could be written off as a novel curiosity for those with control over their food.

Food security: a central objective
But what if we could get a national conversation going? We need something such as a Food Security Act. We need to put feeding people at the centre of our national development plans. Innovative thinking is key, as is coordinated overall planning.

To start, we need to start talking about food security as a central objective of our government. If we can feed everyone, this country could reach its potential. Imagine school children focusing on science, rather than on the grumbling of their stomachs. Imagine the millions of your fellow citizens and residents who will have their dignity back, where they are not forced to take out loans or beg for food.

So please join the Mail & Guardian newsroom in seeing what one in four South Africans deal with every single day. Send us your thoughts before – and grumpy, rage-filled, hunger-howls on – Thursday. Use #6Rand and let’s get food on the agenda.

A seven-point plan for structural change

Living up to our promise of ubuntu