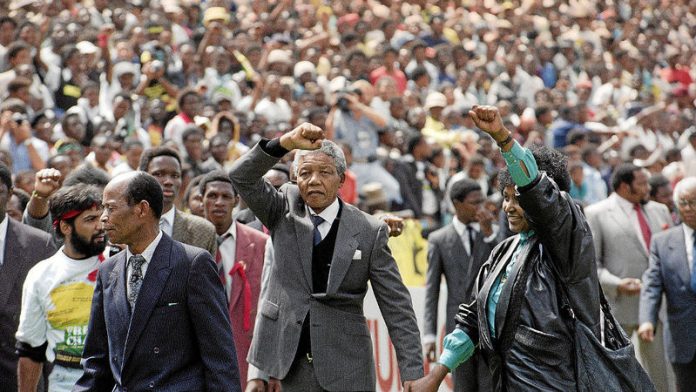 ANC stalwart Winnie Madikizela-Mandela has claimed in papers filed in the high court in Mthatha that her divorce from former president Nelson Mandela was fraudulently obtained, the Daily Dispatch reported on Wednesday.

She claimed her marriage certificate was also a fraud and sought to have the divorce order rescinded. “The certificate is clearly a fraudulent document and is quite obvious that [during] the divorce hearing the court was misled and the divorce order was obtained through fraud or misrepresentation,” she submitted in her affidavit, according to the newspaper.

She claimed she was not in the country when the divorce was finalised, and only saw the divorce order for the first time in August this year. She pointed out inaccuracies in the marriage certificate, which the newspaper had seen a copy of. The certificate was issued by the then Republic of Transkei for the marriage in June 1958.

“Our marriage officer was Reverend Gamndana and not GGK Madikiza,” as stated on the certificate. The certificate stated they were married in Bizana, and that community of property was excluded.

Madikizela-Mandela contended that the court never ordered the forfeiture of the Qunu property as they never engaged in any settlement negotiations on their properties.

Challenge to estate
Madikizela-Mandela’s lawyers confirmed on Tuesday that they had filed papers in court challenging Mandela’s estate, seeking the rights to his home in Qunu, Eastern Cape.

“The papers have been filed in the Mthatha high court,” her attorney Mvuzo Notyesi said. “It has been sent to the respondent.” Notyesi would not give any further details.

In August, Notyesi reportedly wrote to deputy chief justice Dikgang Moseneke, a co-executor of the will. In the letter, Notyesi argued that AbaThembu custom dictated that the rights to the property go to Madikizela-Mandela and her descendants.

“This position becomes applicable irrespective of whether the wife was divorced or not,” Notyesi was quoted as writing. It is only in this home that the children and grandchildren of Mrs Madikizela-Mandela can conduct their own customs and tradition …”

Madikizela-Mandela (78) who was the former statesman’s second wife, for 38 years, was left out of Mandela’s will, which was announced in February following his death on December 5 2013. – Sapa