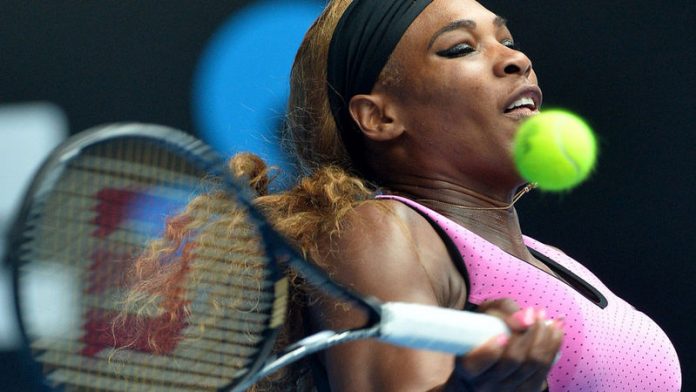 World number one Serena Williams lashed out at “sexist” and racist” comments from the head of Russian tennis Sunday after he jokingly called her and her sister Venus the “Williams brothers”.

Williams applauded swift action from the Women’s Tennis Association (WTA), which fined Russian federation chief Shamil Tarpischev $25 000 and banned him from tennis for a year.

“Well I think the WTA did a really great job in taking initiative and immediately taking actions,” Williams told reporters ahead of the WTA Finals in Singapore. “His comments, I thought, were very insensitive, I thought they were extremely sexist as well as racist at the same time, and I thought they were in a way bullying.

“I just wasn’t very happy with his comments and I think a lot of people are unhappy as well.” Tarpischev, a vastly experienced coach and administrator, has apologised for the comment, which he made on a Russian chat show and which drew a furious reaction when translated into English.

WTA chief Stacey Allaster said his words were “insulting, demeaning and have absolutely no place in our sport”. Russia’s Maria Sharapova, the world number two who is also in Singapore for the season finale, also criticised her fellow countryman for his “very inappropriate” comments.

“I think they were very disrespectful and uncalled for, and I’m glad that many people have stood up, including the WTA,” Sharapova told reporters. “It was very inappropriate, especially in his position and all the responsibilities that he has not just in sport, but being part of the Olympic committee. It was just really irresponsible on his side.”

Tarpischev’s apology
In his apology, Tarpischev called the Williams sisters, who have 25 Grand Slam titles between them, “outstanding athletes” but he played down the significance of his off-the-cuff remark.

“I’m sorry that the joke, which was taken out of context and attracted so much attention,” he said. “I think this story does not deserve the attention it is receiving. Everything that I said on TV was said without malicious intent.”

Serena Williams is headlining this week’s WTA Finals, where she is hoping to become the first woman to win the year-end trophy three years in a row. She said she was now back hitting balls in practice and hoped to be injury-free after withdrawing from this month’s China Open with a knee problem.

“I feel okay. I wasn’t sure that I would make it to this tournament, but I am here and I feel better than China,” Williams said. “I am just getting better every day.” – AFP