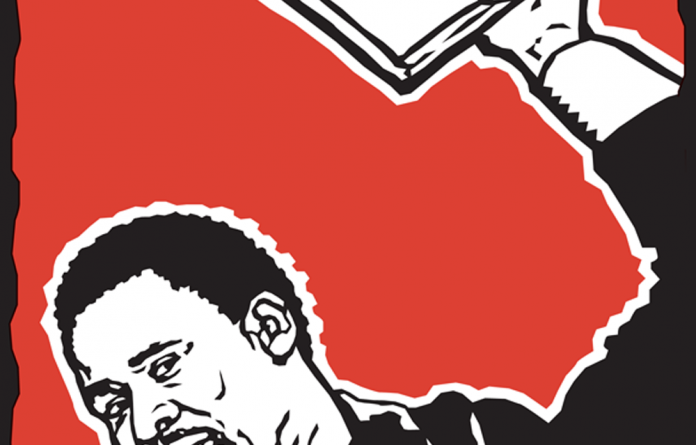 Outside Pretoria, in a church in Garankuwa township, there is a modern-day prophet – a suave and wealthy-looking young man – who is growing in infamy because of his outrageous miracles.

This year, prophet Lesego Daniel has given us at least two depraved miracles, now posted on YouTube to horrify doubters into faith. In one, Daniel instructs his sample congregants of mainly young black women to eat grass; in another, he serves them a bottle of petrol to drink.

There is a triumphal smirk on his face and a disdainful tone in his hypnotic voice as he makes fun of his grass-eating followers.

Prophet Paseka Motsoeneng, otherwise known as Pastor Mboro (which means penis in Shona) performs his own genre of miracles in Katlehong township outside Alberton. His “miracles” seem to centre on women’s reproductive organs and private parts. Some of his healing rituals reportedly require Motsoeneng to put his foot, literally, upon many a “demon-possessed woman”.

In his spare time, Motsoeneng is often seen driving around the townships in an expensive luxury car, flanked by bodyguards.

On September 12, 84 South Africans perished, together with 31 others, when a multistorey guesthouse at Temitope Balogun (TB) Joshua’s Synagogue Church of All Nations in Lagos, Nigeria, collapsed.

Despite allegations of foul play, as well as hasty and dubious conferment of martyrdom on the deceased by Joshua and his establishment, several things are apparent. The building, which seems to be a key element in the lucrative and elaborate TB Joshua church business model, has been built poorly, perhaps hastily and probably without following the necessary engineering principles and regulations. In 2011, Forbes magazine estimated that Joshua could be worth $10-million to $15-million.

But why do people patronise these modern-day prophets? In seeking the beginnings of what can only be a complex answer to these and related questions, we must start with some honest admissions.

Joshua and hundreds of fellow prophets operating in cities, townships and shacks on the African continent and elsewhere in the world today are providing a supply to a veritable and powerful demand. More ominously, there is clearly a warped but co-dependent relationship between the prophets and their followers.

What we have at play is the powerful dynamic of wretched followers at the mercy of powerful leaders. The Lagos building’s collapse must not blind us to the banality and commonality of the abuse of power and authority by leaders in many sectors of society – public, private and religious. Many leaders revel in the cacophony and stampede of subordinates as they jostle around them in a never-ending beauty contest of loyalty and obedience.

For their part, the followers and subordinates need a portion of the power and charisma of the leader for their very sustenance, survival and meaning in life – or through death. Many leaders leave the proverbial heap of corpses as they march on to their various victories.

There are many possible theological and psychological explanations for this peculiar behaviour, but the socioeconomic rationale of these collective actions must be prioritised. The victims of Joshua’s collapsed guesthouse made the trip to Lagos for the same reason that many queue to buy Lotto tickets, to see medical practitioners or to consult a sangoma.

Whereas some rich people fly to London for the therapy of shopping, Joshua’s followers seek a similar thrill in Lagos.

With fewer than 10-million (out of 51-million) South Africans on medical aid, it means that more than 80% of South Africans have no medical insurance whatsoever. Add to this scenario an unemployment rate of more than 25%, the 3.5-million young South Africans not at school, work or being trained in any skill, as well as a failing public service and education system.

This is extremely fertile hunting ground for the Joshuas, Mboros and Daniels of this world. Without medical insurance, jobs and education many people are looking for quick, cheap, one-stop permanent solutions to all their health and financial problems.

The mix of poverty, the fear of slipping deeper or back into hardship, ignorance born out of little or no education, nihilistic meaninglessness, desperation, the survival instinct, collapsed social institutions, defunct public systems and services, and rampant corruption – all of these combine to produce the perfect context for a dangerous co-dependent relationship between leaders and followers.

Swollen with power, authority and all the symbols thereof in a context where the vast majority has none, many leaders believe they are special and proceed to abuse their power with impunity.

In the eyes of many, the only way out of this forest of dead-ends is the way of miracles. When jobs and promotions are hard to come by properly and legitimately (you must know someone who knows someone), miracles are the only hope.

When you watch whole families die out, one by one, from entirely preventable and treatable diseases, miracles are the only hope. When childless or single women are ridiculed and blamed for being childless or unmarried, the result is that many young women internalise the guilt and go seeking for miracles and salvation from the likes of Mboro.

When bribes are required to obtain an identity document, a house or a social grant, then miracles become necessary. The powerful human thirst the prophets are exploiting is as real as it is comprehensive.

It is as spiritual as it is material. It’s the hunger for social and spiritual security – a hunger for full humanity in a context of ongoing and multiple forms of dehumanisation.

The consumers of the gospel according to TB Joshua are chasing the dream of a country in which needs are met, effort is rewarded and merit duly recognised. Deeply distrustful of the benefits of democracy, weary of the unfulfilled promises of science and technology, doubtful about the capacity of the post-independence state to come to their assistance, and disdainful of the out-of-touch rational theologies of mainstream religion, the prophets’ followers are seeking an all-purpose miracle that will turn their lives around once and for all.

For this one-time miracle, they are prepared to eat grass, drink petrol, go on costly pilgrimages – and to walk blindly into deathtraps such as Joshua’s Lagos church guesthouse.

Are they real? Are they serious? You bet. Of course they are mistaken to think that an all-purpose, once-and-for-all miracle cure for life is feasible or possible. Clearly they are wrong to believe Daniel when he promises to give them water (or petrol) to quench all their thirst, forever.

They are certainly making a mistake to trust so blindly, to outsource their thinking and decision-making so recklessly.

But, beyond their individual choices and beyond evidence of possible spiritual immaturity, these people are victims of a system. In that, they are part of a growing majority of the desperate – a majority that includes both rich and poor, both the elite and the ordinary. As is the case in the disintegration of any cult, to be effective the revolt must be led by former or disgruntled insiders.

Society, the state and the religions have to do their part. Causing people to drink petrol is, to my mind, tantamount to assault with intent to do grievous bodily harm, at the least. But we have seen no action whatsoever from the police of our democratic state in this regard.

Driven by a sense of justice, lawyers and human rights organisations in both Nigeria and South Africa should be offering their services to the families of the deceased, with a view at least to a civil suit against the owners of the collapsed building that caused the deaths of 115 people.

Although our national and continental aspirations in the areas of science and technology are commendable, it is shocking that even the few with college and university educations display such a low level of life, coping and spiritual skills as to trust so blindly and believe so unquestioningly.

Tinyiko Maluleke is an academic, National Research Foundation-rated researcher and a member of the Academy of Science of South Africa

Commission calls for new limits to halt the commercialisation of religion

Preaching the gospel of bling