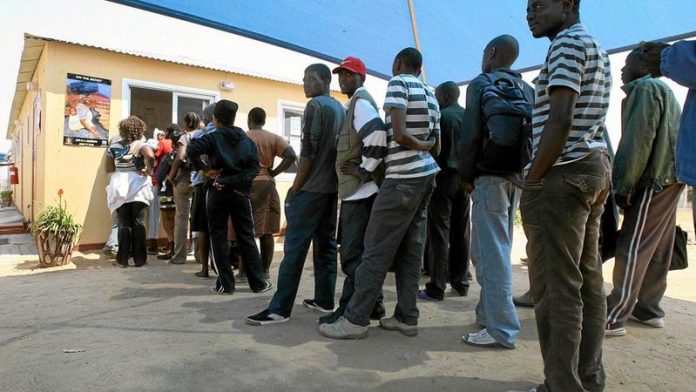 The large number of foreigners living and working in Botswana will be among those closely following the country’s elections.

Reports that the government of President Ian Khama was planning to tighten immigration laws to curb the flow of Zimbabweans to Botswana caused concern among refugees and civil society organisations earlier this year.

Growing unemployment problems in Botswana have also increased the level of xenophobia in the country.

The Botswana Sunday Standard reported in July that the government was no longer going to grant refugee status to Zimbabwean asylum seekers because the political situation in Zimbabwe had improved.

Botswana’s minister of defence, justice and security, Ramadeluka Seretse, was quoted as saying it was now safe for political refugees to return to their homes. This followed last year’s presidential elections in Zimbabwe that were considered “free and credible” by the Southern African Development Community (SADC) observers.

Zimbabwe refugees
Alice Mogwe, the director of Ditshwanelo, the Botswana Centre for Human Rights, says the statement raised concerns because it is clear the human rights situation in Zimbabwe has not improved.

“The information from our colleagues in Zimbabwe is that the situation is not conducive for refugees to return.” Ditshwanelo has been monitoring human rights issues in Botswana in the run-up to the elections.

The number of Zimbabwean immigrants to Botswana increased dramatically after the start of the economic decline in that country in 2000. Zimbabwe’s economy shrunk by more than 50% between 2000 and 2008.

Most Zimbabweans who left for Botswana went in search of job opportunities. The clampdown against opposition supporters, especially in the run-up to the 2008 polls,  also led to an increase in the number of Zimbabweans seeking political asylum in Botswana.

Dr Eugene Campbell, an independent researcher in Botswana and co-author of a report on Zimbabwean migrants in Botswana, says xenophobia against Zimbabweans increased sharply after 2000 and is still a problem.

Khama a critic of Mugabe
But he believes Khama’s strong stance over the crisis in Zimbabwe – holding President Robert Mugabe responsible for the collapse of that country’s economy – has, since 2008, led to a willingness in some circles to support Zimbabwean migrants.

Khama has been an outspoken critic of Mugabe in forums such as SADC and the African Union and hosted opposition Movement for Democratic Change leader Morgan Tsvangirai for long periods during the height of the political crisis in Zimbabwe. Tsvangirai had said he feared for his life if he returned home.

Although Botswana has immigrants from several other countries including China and Nigeria, and houses political refugees ?from Somalia, Zimbabweans make up the vast majority of foreigners in the country.

Campbell says, compared with  the situation just after the crisis in Zimbabwe started, the police force in Botswana has, in some instances, shown consideration for the plight of Zimbabweans.

“There was definitely a lessening of tensions after 2008,” he said.

Studies show that in some places local authorities, such as those in Francistown, have good policies in place to deal with irregular immigrants.

The government is aware of the situation of migrants and held a workshop in June in preparation for a new policy document on irregular migration, says Campbell.  “The idea is to try to get rid of stereotypes and introduce measures to increase education about migration, similar to those in South Africa, the United States and Canada,” he says.

Botswana and xenophobia
Although the level of xenophobia is high in Botswana, respondents to the 2012 study, Unfriendly Neighbours: Contemporary Migration from Zimbabwe to Botswana, said they found Botswana more welcoming of foreigners than South Africa.

This is one of the reasons some migrants prefer to try to find work in Botswana rather than its richer neighbour to the south.

In the early 2000s attitudes towards Zimbabweans were harsh, says Campbell.

In 2002 a furore broke out when an electric fence was erected between Botswana and Zimbabwe, rumoured to be a deterrent for illegal immigrants.

The government, however, said it was to stop foot and mouth disease travelling over the border. The fence was never electrified. Illegal immigrants are still regularly rounded up and expelled, with the number of deportations to Zimbabwe reaching a high of 50?000 a year in 2009, the Southern African Migration Project study noted.

More than 80% of the migrants to Botswana said they returned home at least once a year.

And most of them send money home regularly.

The nature of migration to Botswana is complex. Figures for  Zimbabweans entering the country include informal traders who move across the border to buy and sell goods. It also includes people seeking healthcare in Botswana following the collapse of Zimbabwe’s health system.

Some argue that Botswana has benefited from the brain drain out of Zimbabwe. The number of work permits granted to Zimbabweans in Botswana, for example, increased from just over 1?000 in 2003 to almost 8?000 in 2009.

These job opportunities, however, are becoming scarce.

Dr Tachilisa Badala Balule, senior lecturer at the department of law of the University of Botswana and a political commentator, says the economic situation in Botswana is making it increasingly difficult for foreigners in the country.

“Unlike in the past, when there were so many job opportunities, it has become very difficult, even for our own graduates.”

Balule says there is concern in Botswana over the restrictions against individuals – whether locals or foreigners – by the “overtly secretive” regime of Khama and the Botswana Democratic Party.

This includes tighter control of the media and intolerance of criticism, which could affect illegal immigrants.

Botswana: Opposition gets a whiff of power

‘We’ll vote with our stomachs’