Girl dies from Ebola in Mali, WHO fears exposure 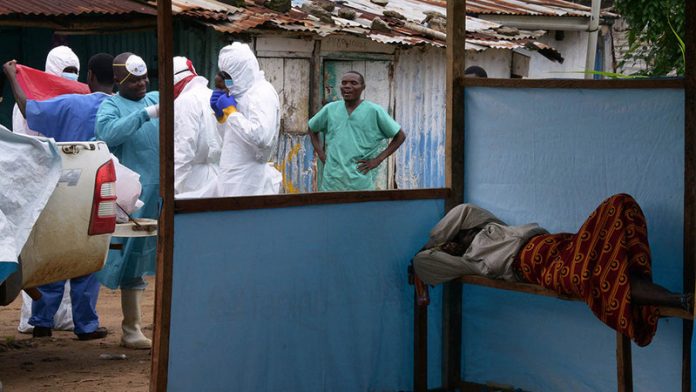 A two-year-old girl who was Mali’s first case of Ebola died on Friday, shortly after the World Health Organisation(WHO) warned that many people had potentially been exposed to the virus because she was taken across the country while ill.

The girl had travelled with her grandmother hundreds of kilometres by bus from Guinea via Mali’s capital to the western town of Kayes, where she was diagnosed on Thursday. Health workers were scrambling to trace hundreds of potential contacts in a bid to prevent Ebola taking hold in Mali.

The worst Ebola outbreak on record has killed 4 900 people, mainly in nearby Liberia, Sierra Leone and Guinea. A global response to the epidemic is being rolled out but experts warn that tens of thousands more people are at risk.

In a statement on Friday night, Mali’s government confirmed the death of the girl, who has not been identified.

“In this moment of sadness, the government would like to express its condolences to her family and reminds the population that maintain very strict hygiene rules remains the best way to contain this disease,” it said.

Mali is the sixth West African nation to record a case of Ebola.

Senegal and Nigeria have successfully contained outbreaks and has been declared free of the disease.

Spain and the United States have had a few cases.

Concern
Diplomatic sources have expressed concern about the preparedness of Mali, one of the world’s poorest countries, to contain an outbreak.

WHO said that an investigation into the girl’s case revealed that she had already started showing symptoms – and was therefore contagious – before being taken to Kayes.

“WHO is treating the situation in Mali as an emergency,” the UN health agency said in a statement.

“The child’s symptomatic state during the bus journey is especially concerning, as it presented multiple opportunities for exposures – including high-risk exposures – involving many people,” it added.

WHO said that 43 contacts had been identified and isolated but a second Malian health official, who asked not to be identified, told Reuters that authorities estimated that at least 300 people had been in contact with the infected child.

Hours before Mali confirmed the case on Thursday, WHO Assistant Director-General Keiji Fukuda said the agency had “reasonable confidence” that there was not widespread transmission of the Ebola virus into neighbouring countries.

Ivory Coast contact
WHO and Medical charity Medecins Sans Frontieres, which has helped run much of the response to Ebola, were both scrambling teams to Mali on Friday.

A UN plane flew one tonne of medical supplies – including personnel protection equipment kits, gloves, face shields and buckets – to the country.

On the dusty streets of the capital Bamako, residents voiced alarm at the girl having spent time in the city’s Bagadadji district before travelling on Sunday to Kayes, some 600 km to the northwest near the Senegalese border.

“I am afraid because, with my job, I am in permanent contact with people but I can’t afford to just stop,” said taxi driver Hamidou Bamba, 46, in Bamako. “Today is Friday so let us pray to Allah that this disease will not spread in Mali.”

Mali, together with cocoa producer Ivory Coast, has put in place border controls to stop Ebola at its frontiers. However, a visit to Mali’s border with Guinea by Reuters this month showed vehicles avoiding a health checkpoint set up by Malian authorities by simply driving through the bush.

Ivory Coast was on alert after Guinean authorities informed them that a Guinean health worker had slipped surveillance and headed for the border after a patient had contracted Ebola.–Reuters