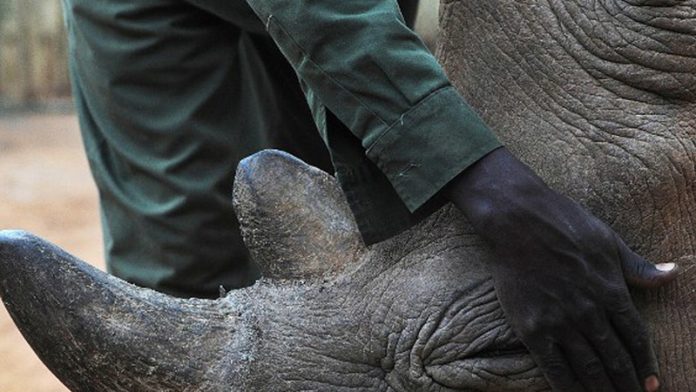 Over 900 rhino have been killed this year in South Africa. The majority have been in the Mpumalanga section of the Kruger National Park, with nearly 600 poached. With few options left and a growing illegal trade, the environment department is planning to ask for permission to sell rhino horn.

The department has argued that this would stop demand for illegal horn by “flooding” the black market. When she announced that er department would start consultations on legalised trade, environment minister Edna Molewa said, “The reality is that we have done all in our power and doing the same thing every day isn’t working”.

The pragmatism behind this decision has been widely questioned by environmentalists. Opponents say putting more rhino horn on the market will grow demand instead, something which happened each time elephant ivory was sold in legal, once-off, sales.

If Molewa’s department chooses this route, it will approach the Convention on International Trade in Endangered Species (Cites) in 2016 and ask for permission to sell its rhino horn stockpile. This is the body that lists whether species are endangered, and how much of each species can be traded. Trade in rhino is illegal, as most of the species are endangered. The Southern White Rhino – which constitutes the majority of South African rhino – is listed as near threatened as births still just exceed deaths.

The trade in ivory was banned in 1989, when elephants were listed as an Appendix One species by the Cites. Seventy-five thousand elephant a year were being poached.

The ban meant countries with large herds of elephant were left with huge stockpiles of ivory from culling and natural deaths, which had to be safely stored. This cost money. In 2008 Cites gave permission for a once-off sale of ivory to South Africa, Botswana, Zimbabwe and Namibia.

South Africa sold 47 000kg of ivory, at a value of $157 a kilogram, to the Chinese and Japanese governments.

The Cites permission came under the condition that the money be ring-fenced and ploughed back into conservation. It said the funds must be “used exclusively for elephant conservation and community conservation and development programmes within or adjacent to the elephant range”.

Saving the world’s most trafficked mammal