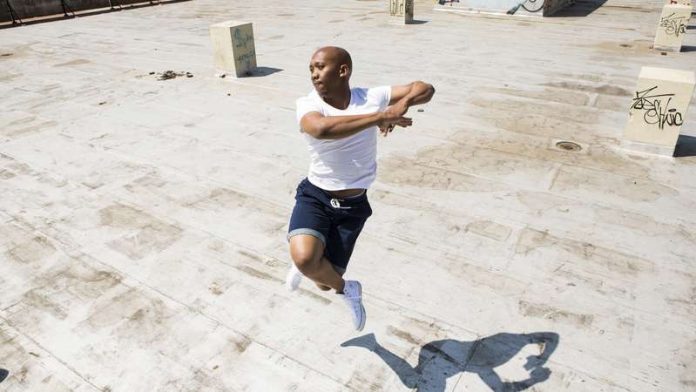 Dancer, choreographer and teacher, and winner of the 2015 Standard Bank Young Artist Award for Dance Luyanda Sidiya (31) says he accepts the accolade with a great deal of gratitude and responsibility.

“It’s overwhelming to be recognised among giants that have carried this award. It’s the biggest compliment. As a young man it gives me hope and it means people appreciate the craziness that we do,” says Sidiya, who is the artistic director of Gregory Maqoma’s Vuyani Dance Theatre.

The company has just returned from its US premiere at the prestigious Fall For Dance Festival in New York, where Sidiya presented his Afro-fusion piece, Umnikelo, to favourable reviews in the New York Times.

His acknowledgement of others reveal his humanity and it’s the common thread to his work ethic and how he creates. To him dance is a voice, it represents the power he has to effect change; impact people’s lives and to create work for posterity.

“My work is my voice and I don’t take that for granted. Just as Miriam Makeba went to the United Nations and spoke up during apartheid, I tell stories through my body. I’m always concerned about what role I’m playing for future generations,” Sidiya says emphatically.

Sarafina Boys
He started out as a traditional dancer as part of a township group called the Sarafina Boys who also dabbled in what they called modern dance. Through the group he was introduced to contemporary dance and choreography at the Dance Factory in Newtown in 1995.

It is here that he was introduced to Vincent Mantsoe’s famous solo, Gula, which had such a profound impact on him that he performed it at Finland’s Kuopio International Dance Festival in 2004. As a dancer for the Moving Into Dance Mophatong (MIDM) company, he performed nationally and internationally from Botswana, the US to Europe.

He’s also facilitated dance workshops specifically in the Afro-fusion style abroad. Sidiya spent three years in the United Kingdom working with ACE Dance and Music Company as a dancer, and went on to become a rehearsal director for the company.

In 2007, he won the award for the Most Outstanding Dancer in the Contemporary Style for Dance Umbrella. In 2012 he choreographed Umnikelo, which was part of the double bill Mayhem winning the Silver Standard Bank Ovation Award at the National Arts Festival in Grahamstown that year.

The traditional lyricism found in his Xhosa rooted Umnikelo and the militant quality in Sidiya’s 10th work, Dominion, tackling political tyranny, shows off his versatility and adventurous spirit.

“The work we do influences the language which changes all the time. But I have a fascination with the beauty of who and what we are. I’m also inspired by people who came before me – how different am I among those giants; who am I among them speaks to how I create,” says Sidiya.

He wishes to give the area its first dance studio one day.

“I used to travel for more than an hour to study dance. I don’t like to romanticise poverty, but I’d like to make things better for other people. Many forget that Sebokeng is also in the South of Johannesburg, just like Soweto.

“We’ve had to fight for our place; for recognition. Together with Vuyani Dance Theatre, we try and plough back with the outreach programmes we bring to Sebokeng,” he says.

For the new work that he will be presenting at the National Arts Festival in 2015, Sidiya is looking to interrogate the idea of “completeness – questioning who we are in what we have.”

At the end of March 2015 he takes Dominion to Toronto, Canada.

Into the abyss of bureaucracy