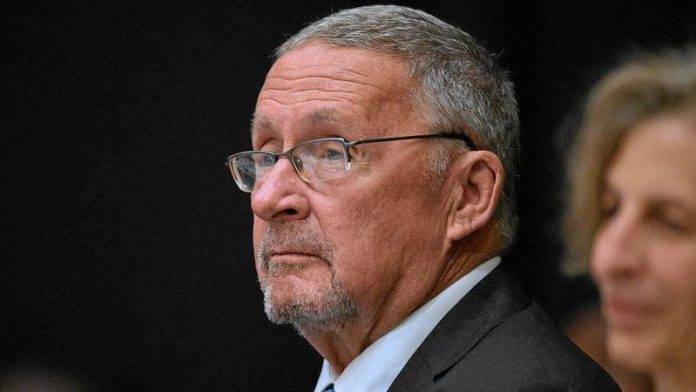 Divisions could emerge in Zambia’s ruling Patriotic Front (PF) over who will succeed president Michael Sata (77), who died on Tuesday.

Sata left Defence Minister Edgar Lungu as acting president on October 20 while he sought treatment in London. An impromptu Cabinet meeting on Wednesday decided to hand over power to Vice-President Guy Scott until a presidential by-election is held.

The elections must be called within 90 days of the president’s death. Scott is not eligible because his parents are not indigenous Zambians.

The elections will be hotly contested by the two main opposition parties.

Two factions
Although it is difficult to pinpoint anyone in the ruling party as a frontrunner, the battle could be between two factions in the PF – one led by Lungu and the other by Scott.

Lungu’s decision to hand over power to Scott is seen in some quarters as a way of winning trust, and making him a peacemaker ahead of the election for the PF candidate.

Lungu is aligned Finance Minister Alexander Chikwanda, who has emerged as the leader of the majority ethnic Bemba group within the PF.

In Chikwanda’s faction is Sata’s son Mulenga, who is the mayor of Lusaka.

Analysts say the appointment of Mulenga to succeed his father is unlikely, given fears that a dynastic succession would cause a backlash from PF supporters and strengthen the opposition’s cause.

Scott is aligned to the Sata faction that has pressed for left-wing policies and reform of the copper mining sector.

Scott would probably support a succession by former defence minister Wynter Kabimba who was a close ally of Sata.

But the fact that Kabimba has already been sidelined by the party and lacks grassroots support is a limiting factor.

Africa analyst Robert Besseling says it is most likely that Chikwanda and Lungu’s faction will prevail in the succession contest within the PF.

“A succession by either Kabimba or Mulenga would seriously undermine the party’s electoral prospects,” Besseling said.

“In the least likely scenario, in which Scott seeks and secures the PF succession despite citizenship restrictions, the party would also be more likely to lose the by-election,” says Besseling.

The PF will face a formidable opposition that has persistently criticised Sata for being autocratic – the United Party for National Development, led by Hakainde Hichilema, and the Movement for Multiparty Democracy under Nevers Mumba.

Both Hichilema and Mumba have been critical of the PF for its perceived lack of tolerance of divergent views as well as for failing to stick to the electoral promises made in the 2011 polls.

An open race
These accusations could form the basis of the campaign message of the two opposition leaders.

“In my opinion, there is no frontrunner in this race [to elect a PF candidate] and I think it will be an open race for everyone in the ruling party,” said political analyst Alex Ng’oma, a lecturer at the University of Zambia.

“I don’t envisage the PF going into confusion but the central committee should manage the selection of the candidate with caution.”

Scott may push for Kabimba, but analysts say he is unpopular.

Divisions in the PF existed before Sata’s death, with ministers accusing each other of wanting to take over the presidency.

Kabimba was fired in August as PF general secretary amid speculation that he had been campaigning for the presidency. His sacking sparked celebrations among PF supporters.

Sports Minister Chishimba Kambwili has also in the past been forced to dispel allegations that he campaigned to succeed Sata.

Chikwanda has spoken out strongly against some party members and ministers he accused of trying to usurp the presidency while Sata was still alive.

Lungu, who is general secretary of the PF, is popular among the party structures and his supporters will be disappointed if he is not adopted by the party to contest the polls.

On the other hand, Chikwanda (76) was close to Sata and is also a popular figure in the ruling party. He served in the Cabinet of former president Kenneth Kaunda.

Although he has not expressed interest to succeed Sata, Chikwanda is seen as one of the more sober-minded and mature politicians in the PF.

The presidential by-election will be closely contested as the PF has suffered from falling popularity ratings in recent local polls.

The novel coronavirus has not only claimed Zambian lives, but has also put the country’s democracy at stake
Read more
National

Zambian President Edgar Lungu collapsed on the podium while presiding over a Women's Day celebration in Lusaka over the weekend.
Read more
Africa

The Patriotic Front has taken a small lead over the opposition United Party for National Development, with 80 of the 150 constituencies counted.
Read more
Advertising
Continue to the category
Politics