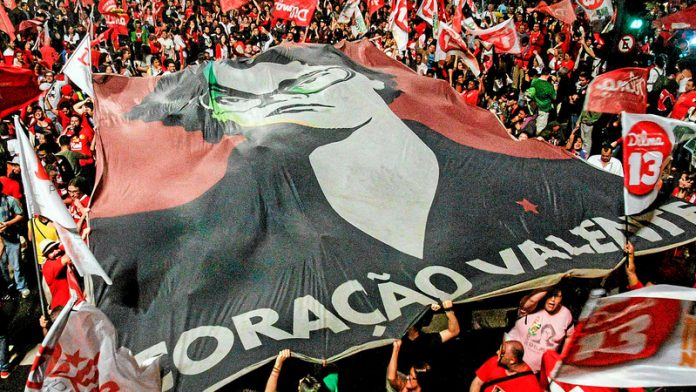 If anything, the hurdles seem even higher than at the start of Dilma Rousseff’s first term in 2010.

There was a familiar ring to her victory speech after she won the closest Brazilian presidential election in more than a century.

Having scraped back into power with the support of 54.5-million of the 143-million eligible voters, the Workers’ Party leader said she recognised the need for change, that her second term would be characterised by dialogue, and that her priority would be political reform – particularly campaign financing and greater representation for women.

“Every election has to be seen as a form of change, especially for us who live in one of the largest democracies in the world,” she said after her re-election on October 26. “The heat released in the dispute must be transformed into constructive energy.”

This humble message sounded like a sensible way to reunite a nation after a divisive and often bitter campaign. But it was also remarkably similar to the conciliatory language the president used last year to placate the million-plus protesters who took to the streets in a wave of demonstrations against poor public services, corruption and police brutality.

Back then, her promises to reform the political system quickly proved illusory. Within days, Congress in effect killed the plan. The limits on the president’s powers were all too apparent.

This time, she is hoping to bypass that obstacle by calling for a plebiscite.

“With a referendum, we will find the power and the legitimacy required at this time of transformation,” she said.

Challenges to political reform
A meaningful revision of the Brazilian system of governance is long overdue. Although this young democracy has been vibrant since the end of the dictatorship in 1985, the system is entwined with social inequality, impunity and rampant corruption.

There is a desire for a cleaner, more efficient government, but it has long proved elusive. Argelina Figueiredo, a professor at Rio de Janeiro State University, said: “The government needs to go slowly. They are always proposing political reform, but nothing passes. It’s all talk.”

The odds are stacked against Rousseff, a former Marxist guerrilla who was imprisoned and tortured during the dictatorship. The obstacles seem greater than in 2010. There are four main reasons for this.

First, her mandate is far smaller, winning 51.6% of the valid votes cast. Despite the advantage of office, the president beat the challenger Aecio Neves by less than 3.3 percentage points, compared with a victory margin of 12 points four years ago.

The country is clearly divided. As the red and blue electoral map shows, her support is concentrated more than ever in the poor north and northeast regions, whereas the south, and particularly the urban middle class of Sao Paulo, has turned against her. The battle lines may be less entrenched than in the United States or Venezuela, but they are sharpening.

Second, Congress is more fractured and tilted to the right. To push legislation through, Rousseff has already done deals with several ideological devils, including right-wing, homophobic evangelicals, the semi-feudal barons of northern states such as Maranhaao, and the lobby of big farmers, who killed earlier Workers’ Party efforts to conserve the Amazon, expand Indian reservations and allocate plots to landless farmers. Building alliances in the new Congress is likely to prove at least as unpalatable.

Third, the stench of corruption is growing stronger. When the Workers’ Party came to power in 2002, it promised clean politics, but after 12 years in power, it looks as sleazy as any of its predecessors.

The taint of corruption
The government of former president Luiz Inácio Lula da Silva was tainted by the cash-for-votes Mensalao scandal. Rousseff faces what may prove to be an even bigger crisis at Petrobras, the state-run oil firm, following revelations of huge financial kickbacks to the ruling party and its allies. In the final week of the election, the right-wing magazine Veja published claims that Rousseff and Da Silva were aware of wrongdoing.

They denied this and won an injunction to prevent the spreading of this story, but the investigations are ongoing and political enemies will consider the possibility of using the scandal to force the resignations of key officials – and perhaps even attempt impeachment. At the very least, the allegations will be a major distraction.

Finally, the broader economic and geopolitical situation is less benign. Thanks to strong Chinese demand for commodities, Brazil was able to shake off the global financial downturn and mark up 7.5% growth in gross domestic product in 2010. This year, however, a slowdown in China has depressed prices of iron and soy, domestic investment and demand are weak, and the Brazilian economy has slumped into recession.

Business confidence is at its lowest in a decade; ratings agencies marked Brazil close to junk status. The real has slumped 34% in the currency exchanges, and global financial markets have turned against the Worker’s Party, as was apparent by the 6% initial fall in Brazilian stocks as soon as trading began after the election result.

Rousseff has acknowledged shortcomings and the finance minister, Guido Mantega, will step down after eight years. The decision on his replacement will be a key indicator of the direction the government plans to take for the next four years as Rousseff tries to balance calls from supporters for more income distribution and pressure from markets for a more business-friendly economy.

Low expectations
If anything is in the president’s favour, it is low expectations. Despite last year’s protests, the short-lived ascendency of former environment minister Marina Silva, and the ups and downs of a tumultuous campaign, the end result of this campaign is that little has changed. The two usual parties contested the run-off and the incumbent won again.

Giuseppe Cocco, who teaches at the Federal University of Rio de Janeiro, said it was naive to hope for change because the election result was a triumph for the political establishment that had crushed Lula. “The main obstacle to change is a lack of political will. The party in power has no interest in a reform that might remove them from power.”

For more than 50-million Brazilians, continuity is clearly not a bad thing. The Workers’ Party is likely to continue expanding poverty-relief programmes, raising the minimum wage and maintaining near record levels of employment, while building stronger alliances in South America and among emerging economies, such as Brazil, Russia, India, China and South Africa.

As the biggest country in the region, with the world’s worst inequality, these priorities are still valid. But many in Brazil expect more.

The question now is whether the fourth consecutive party administration has the dynamism, creativity and nimbleness to address the fresher challenges created by growing middle-class expectations, a deteriorating environment (a dire water shortage in Sao Paulo threatens to be one of the first crises of Rousseff’s second term) and unstable but aggressive capital markets.

“We have done much. We will do much more,” the president promised on election day. She might have added that getting anything done is going to be much harder. – © Guardian News & Media 2014