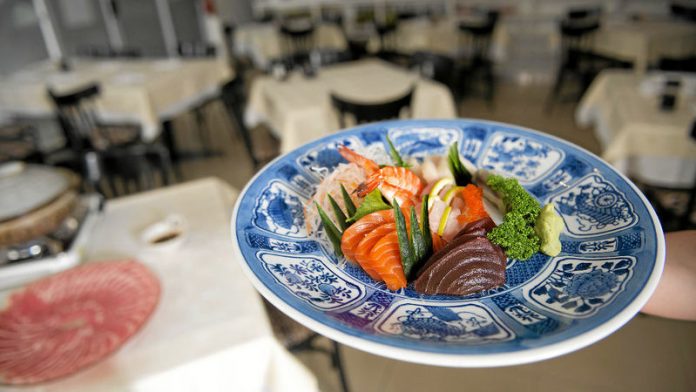 “Critics are not universally loved by chefs,” says Jean-Pierre Rossouw, publisher of Rossouw’s Restaurant Guide, at the launch of the 11th edition in Johannesburg on Monday.

Rossouw started his guide in 2004, and said while there were other guides out there, none of them offered an independent view that gave an insight into the relative quality of restaurants.

He said if a restaurant had a magnificent setting and served café-style food, but had service that was snooty or supercilious, he and his team would find some way to write about it in their “warts and all” appraisals.

Like the Michelin Guide, Rossouw’s reviewers go to restaurants incognito and pay for their meals. They also visit a restaurant a number of times to filter out any anomalies, such as a waiter (or the chef) having a bad day.

The top restaurants, where “consistent, delicious excellence is always the order the day”, are awarded five stars. There are 20 in this year’s edition, out of more than 300 that were reviewed.

Many of these winning chefs were at the clubhouse in Steyn City, north of Sandton, for the award ceremony – and probably turned up as much for the lunch menu by chef David Higgs, himself a winner, as for their certificates. There was salmon trout, cheese and pickled greens for starters, poached duck egg with small pieces of cured, poached duck for seconds, and beef with smoked aubergine, tasty carrots and potato bake with cheddar.

Rossouw says he had limited resources when he started the guide in 2004 and, for this reason, began it where he lives – in the Western Cape – with many trips down the Garden Route. He reviewed just over 100 restaurants in his first year.

In its fifth year, he expanded to Gauteng, and the following year to KwaZulu-Natal.

He is happy about the purchase of the guide by Diners Club which, he says, is now “properly partnered” and would enable him to build the guide.

CategoriesThe restaurants are judged on what they aim to provide, so mom-and-pop places are not compared to those that offer fine dining.

There is the “luxury” category, into which fall those restaurants that create an “all-round special occasion” and are the kind of places that you will visit to mark “life-changing events” (such as marriage proposals or major business deals). These establishments are usually unsuitable for children.

Then there is “smart casual” section, which offers a setting that is less formal than the top-tier. Well-behaved, older children may be welcomed here.

And there is a casual category.

This year’s edition contains a new category called “on the edge” which, says Rossouw, the reviewers “vetted for safety”. These are places in the inner city or in townships, and may not even have tables or chairs.

Once a restaurant starts winning high-profile awards, diners begin turning up at the door, expecting to be impressed. This may not sound like a bad thing, but for restaurateurs who have all the business they can handle, the attention may be unwanted.

“After winning an award you immediately draw another crowd, and not necessarily like minded-people,” said a chef.

Before presenting the awards the editor of Rossouw’s, Anna Trapido, said that restaurants were “curators of our memories, and had been at all our celebrations and secrets. Restaurants are brigades. They’re dynamic. I can always see if someone has fallen in love … their food is different on the plate.”

Of this year’s 20 five-star awards, 13 are in the Western Cape, six in Gauteng, and one in KwaZulu-Natal. Rossouw said he thought the reason for Cape Town topping the list was mainly because there were more international tourists in the Mother City who have different expectations of dining, and the restaurants catered to those expectations.

There were also many great restaurants on wine farms, which had the ability to host them at competitive rentals.

“This allows chefs to push high-end food, and showcase great food and wine, whereas Johannesburg has to fight its corner in a more commercial sense. But Gauteng is on the up and up. It is much more African, and much more of our continent.”

And the 2016 guide? Work starts on it immediately after “the silly season”.

KwaZulu-Natal
The Snack Bar at Spice Emporium, Durban (On the Edge)