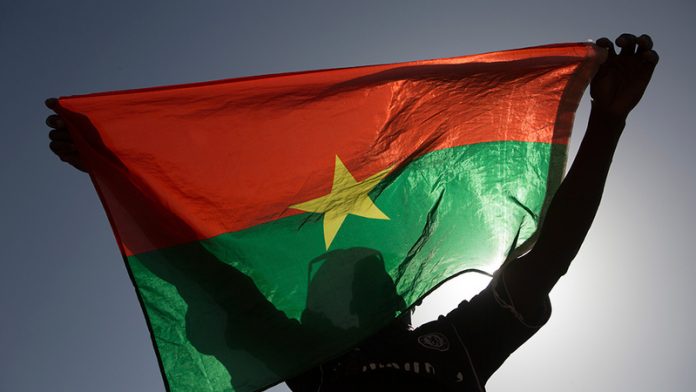 Burkina Faso’s political parties and civil society groups were on Sunday set to adopt a transition plan for the west African country after the ousting of veteran president Blaise Compaoré.

Talks on forming a transition government began on Saturday with the army at first declining to join, while Compaoré accused his military and political opponents of jointly plotting his overthrow. Opposition leader Zephirin Diabre, who chaired the meeting, said “we are coming to the end” of the drafting procedure, amid expectations that the final version could be formally adopted on Sunday.

Around 60 representatives of political parties and civil society met in the capital Ouagadougou to hammer out a handover plan, after Compaoré fled last week following a mass uprising against his bid to revise the constitution and extend his 27-year rule.

The army, who named Lieutenant Colonel Isaac Zida to head the west African country, had first refused to take part in the talks. They later sent a delegation led by Zida’s right-hand man, Colonel August Denise Barry, who made only a brief appearance at the discussions.

Barry told the conference that the army has no intention of holding on to power, saying that “things can no longer be like before”, alluding to the country’s history of military coups, according to several civilian delegates. One participant, who requested anonymity, said the conference was seeking to convince the army to sign a joint declaration.

‘Reconciliation and reconstruction’
Earlier, Zida had told a delegation from the talks that members of Compaoré’s political party should also be included in the discussions, which the other parties have so far refused to allow.

“For the purpose of reconciliation and reconstruction, one cannot exclude a party of the people,” Zida said, according to one of the delegates. The army’s power grab in the landlocked west African country has attracted international condemnation and threats of sanctions from the African Union unless it hands over power within two weeks.

Bisa Williams, US Deputy Assistant Secretary for African Affairs, reiterated calls for a democratic transition after talks Saturday with Zida in the capital. “We’re counting on respect for the [army’s] promise to put in place a democratic transition government which is led by a civilian,” said Williams. Washington and Paris, Burkina Faso’s two main allies and donors, have been pressuring the military to quickly carry out elections.

The civilian groups have already agreed that the transition should last one year and that it should be led by a civilian before presidential and legislative elections take place by November 2015. But there has been no agreement on the person to head the transition. “We hope to finish the talks tonight or tomorrow [Sunday],” a delegate told Agence-France Presse.

‘They wanted me to leave’
The proposals were due to be presented on Monday to mediators from the United Nations, the African Union and the west African regional bloc Ecowas. From his exile in neighbouring Cote d’Ivoire, Compaore meanwhile accused the opposition of plotting a coup with the army, in an interview published on Saturday.

“We knew for a long time that part of the opposition was working with the army. Their aim: to prepare a coup d’etat,” Compaore told Jeune Afrique magazine. “They wanted me to leave. I left. History will tell us if they were right,” said the 63-year-old, who first took power in a 1987 coup. As for Zida, Compaore said the lieutenant colonel was in a position that he would “not wish for his worst enemy”.

In the ousted leader’s hometown of Ziniare, only about 40 kilometres from the capital, pro-Compaore sentiment lives on. “He was our brother,” a young bicycle seller told AFP, asking not to be named. “We don’t know what is going to happen.”

The deposed president “treated his hometown like the others, without favouritism”, said civil servant Ousmane Lengane. While some residents spoke resentfully of the wealth and influence of members of the Compaore family, the townspeople were frightened when the president resigned on October 31. They were afraid protesters in the capital would come to destroy Ziniare, according to the mayor. – AFP