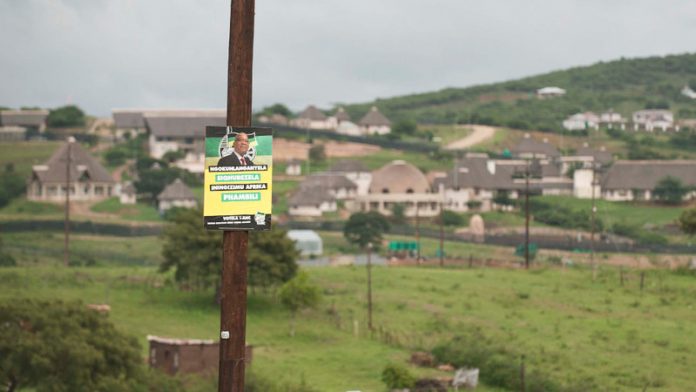 The parliamentary ad hoc committee on Nkandla has recommended that President Jacob Zuma deal with state employees who oversaw the project.

The committee, which is considering reports on how almost R250-million was spent to upgrade Zuma’s private home, resolved to let Cabinet decide whether or not improvements to the Nkandla homestead constituted genuine security upgrades.

The committee wrapped up its work on Tuesday, almost two-and-a-half months after the National Assembly established it to consider Zuma’s response to public protector Thuli Madonsela’s Secure in Comfort report and other reports on the subject of Nkandla.

The committee completed its work without calling a single witness, bar a parliamentary legal adviser who was summoned to give a limited legal opinion on what could happen in the case of a civil claim that Zuma had benefited unduly from the upgrades.

As expected, the ANC-only committee – the opposition parties walked out in September – absolved Zuma of any wrongdoing and sought to lay the blame on former Cabinet ministers and state employees who worked on and oversaw the R246-million project.

Undue benefit
Even more surprising is the committee’s resolution to refer the matter of undue benefit back to the Cabinet to determine.

It said: “With regards to whether Zuma and his dependents benefited unduly as a result of the security upgrades, the committee recommends that the matter of what constitutes security or non-security upgrades at the president’s residence be referred back to Cabinet for determination by the relevant security experts in line with the Cabinet memorandum of 2003.”

Madonsela found that Zuma and his family had unduly benefited and recommended that Zuma pay a portion of non-security upgrades such as the swimming pool, amphitheatre, chicken run and cattle kraal.

The committee recommended that a technical team of qualified security experts from the State Security Agency and the police should evaluate the security features at Nkandla to assess if they were secure and they should investigate the concerns raised by the Special Investigations Unit report.

“The outcome of this evaluation must be reported back to Cabinet,” it said.

Recommendations
The committee recommended that everyone responsible for the loss of state funds be held accountable and that the law take its course.

It called on the department of public works to strengthen its supply chain management and key accounts management branches, and, as part of this process, set precise time frames and cost limits for prestige projects.

The National Assembly is expected to adopt the committee’s report on Thursday but it does not seem this will put the Nkandla matter to rest.

The public enterprises minister is being cross-examined by Tom Moyane’s lawyers at the state capture inquiry, as both men seek to defend their reputations
Read more
National

In part two of a series on the lives of farm dwellers, Tshepiso Mabula ka Ndongeni finds a community haunted by the scourge of eviction
Read more
Business

Industry experts predict the R10.5-billion from the treasury to rescue the airline may not be enough, but the rescue practitioners say the money is enough to ‘settle the sins of the past’
Read more
Politics