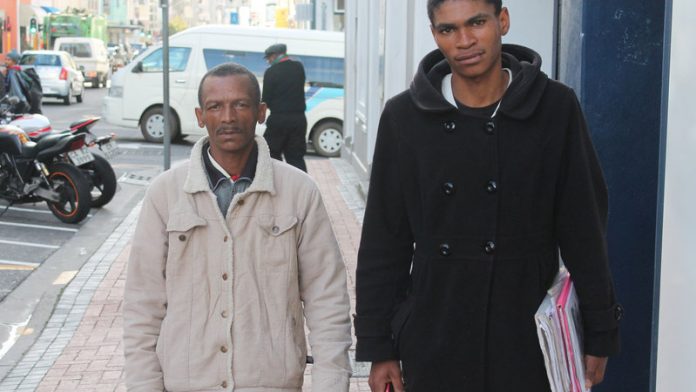 The farm worker strike, which had turned violent by November 2012, started in the Hex River Valley, as workers led a revolt against low wages, arbitrary dismissal, illegal evictions and many other indignities, which still define rural labour relations in South Africa.

Within days of vineyards burning in the valley, the strike had turned into a mass movement encompassing farm worker communities throughout the Western Cape. The sudden ferocity of the uprising attracted national attention, drawing Cabinet ministers, local politicians and union leaders to the valley.

The media-savvy Cosatu Western Cape secretary, Tony Ehrenreich, soon emerged as the face of the strike. He would arrive at rallies in Stofland stadium, De Doorns, to address workers from a raised podium, as their de facto leader.

Often, however, this “leadership” was unresponsive and out of touch with workers. In one instance, Ehrenreich communicated decisions about the future of the strike to journalists in Cape Town before the plan – one that was not mandated – had been disseminated in De Doorns.

Sometimes his actions were contradictory. On the morning of December 4 2012, Ehrenreich told workers that the “fruit would rot on the trees” at harvest time. That afternoon, he called off the strike, after closed-door discussions with government and farmer representatives, despite having no such mandate.

Leaders drawn from the ranks of farm workers, like Monwabisi Kondile from Keurboschkloof farm, were sidelined and received death threats from more brutish factions aligned to Ehrenreich and the Bawsi and Allied Workers Union of South Africa (Bawusa).

Kondile, an organiser of a small yet pivotal strike over a wage dispute in September 2012, was of the view that politicians were hampering worker efforts to organise themselves.

A union for the people
This is the context within which we need to view the worker movement’s response in the wine-producing region around Robertson. In 2012, the Commercial, Stevedoring, Agricultural and Allied Workers Union (Csaawu) had been recruiting members and fighting small battles to protect workers’ rights for around five years.

In December that year, Csaawu stepped in to provide support and guidance to members and non-members alike. The outcome of this was radically different from the scenes at Stofland stadium.

On December 3 2012, Csaawu organised a rally at Ashton’s sports ground. Its leaders provided banners, a public announcement system and a diesel generator, but refrained from taking centre stage. Instead, its members addressed the crowd as equals, speaking from the touchline of the rugby field, not from an elevated podium.

They spoke of personal, relatable struggles; of being too poor to pay for their children’s education; of watching their parents being humiliated by the boss; of being evicted from their homes with no place to go. Finally, they spoke about the need to stand together and not be afraid.

Despite intimidation from their employers, many workers around Robertson supported a second wave of strikes in January 2013. Many Csaawu shop stewards and their supporters were fired by farmers when they tried to return to work after the stay away.

The higher minimum wage won by farm workers as a result of the strikes was not to be enjoyed by those who fought hardest for it; many of them are still unemployed.

But the union was not broken, and it has not abandoned those members who lost their jobs. In the days after the second strike wave, Csaawu set up an SMS line for workers. The line, which is still active, has received more than a thousand pleas for help from workers who face eviction and dismissal.

Agrarian labour exploitation
For many workers, both unionised and not, Csaawu is their only recourse in a hostile labour environment. The union has made a symbolic commitment to stand with each of those workers, and to challenge what they deem to be “unfair” dismissals in court.

After long delays, two such cases dating from the strikes were brought before the Labour Court this year. The cases involved eleven farm workers dismissed from Steytler Boerdery, and three dismissed from La Maison fruit farm.

Csaawu recently lost both cases, one because the court ruled that the strike was “unprotected”, rendering the dismissals legitimate. The other, due to a lack of jurisdiction – the court ruled that a proper referral to the Council for Conciliation, Mediation and Arbitration (CCMA) had not preceded the case.

Yet, as Csaawu’s general secretary Karel Swart points out, under the conditions at the time there was little hope for securing industry-wide strike protection. Unionisation among farm workers nationally was at around 3%, and the labour force was sparsely strewn across a large area. In these circumstances, reaching consensus and the resolve needed to apply for strike protection from the CCMA is impossibly difficult.

Workers saw the wave of discontent sweeping through the region as a rare and fleeting opportunity to challenge their continued exploitation. To stall and let the chance slip would have been a near insurmountable defeat. The earnestness of the strike and the legitimacy of grievances was recognised by the labour department, which moved to increase the sector’s minimum wage by an unprecedented 52%, from R69 to R105 a day.

After the Steytler judgment, Swart addressed a group of dejected supporters in tattered clothes, who had travelled from Robertson to picket on the sidewalk outside the Labour Court in Loop Street, Cape Town. He was in tears.

“Today, farmworkers have again been shown to stand alone,” he said.

In both court cases, the union was ordered to pay the costs of the employers. This debt amounts to R600  000, says Swart. The costs will bankrupt Csaawu, partly because of the small dues they charge to make membership possible for indigent workers.

The SMS line will go dormant.

This should not be allowed to happen. Csaawu was – and remains – a significant player in protecting the legal and constitutional rights of farm workers from Robertson to Ladismith. If the union is lost, it would be a major setback for the long term objective of dismantling agrarian labour exploitation in South Africa.

Csaawu will launch a fundraising campaign and website in the coming weeks.

This article was originally published on GroundUp. Knoetze is a GroundUp reporter. The views expressed here are his own, and do not necessarily reflect GroundUp’s views.