Social protection may be the key to uplifting Africa’s poor 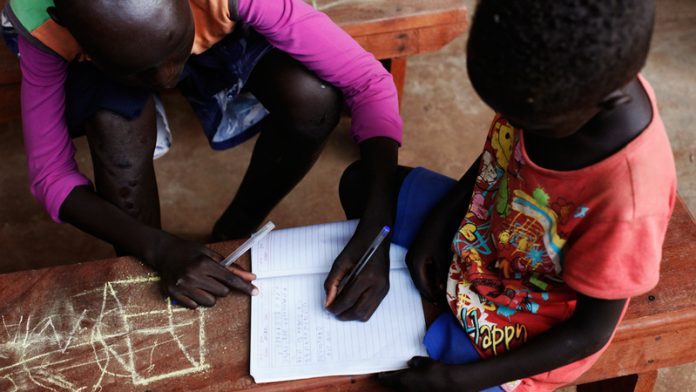 When countries first started supporting disadvantaged households with cash transfers, there was a chorus of concern: it would create dependency; these hand-outs would discourage people from working, and not reduce poverty.

Five years later, for scores of countries that are testing cash transfers and safety net programmes, the sky hasn’t fallen in. A growing body of evidence suggests that social protection measures – with cash grants leading the way – are, in fact, an innovative and efficient way of reducing poverty. Are they the most effective? Perhaps. What is certainly clear is that far from being a cost, they are an investment.

Born out of a need to respond to the economic and social vulnerabilities faced by the poorest, these measures are far-reaching. Let the numbers talk: in South Africa, the child grant reduced the poverty gap by 47%; in Kenya, unconditional cash transfers saw a 19% increase in primary school enrolment among “hard to reach” children; in rural Ghana, for every one Cedi transferred, 1.50 Cedi of income can be generated in the local economy.

There are few outlays that get a 50% return on investment. Except, it seems, in Hintalo, Ethiopia, where the transfer of one Birr can yield an 84% return, multiplying to 1.84 Birr. These are not mere percentage points. They represent the improved lives of people across the continent.

Wintala Enselesi and Safia Lapukeni are widows. I met them last month in Malawi. Both can now send their children to school, provide meals and healthcare to their families, and accumulate assets. All from a monthly $8 grant.

Threats and opportunities
Why does all this matter? In Eastern and Southern Africa alone, nearly half the population lives on less than $1.25 (R11.11) a day, and some countries in the region post the highest levels of income inequities in the world. This socioeconomic context is a concern. One in every 11 children born still dies before their fifth birthday; nearly 20-million children are not in school; and almost half of the world’s new HIV infections occur in this region, with a heavy burden directly and indirectly on children.

Such social-economic threats come against a backdrop of an unprecedented demographic shift, according to a recent report by United Nations Children’s and Education Fund (Unicef), Generation 2030 Africa.

On current trends, 1.8-billion babies will be born in Africa in the next 35 years. By 2050, Africa is projected to be home to one in every four of the world’s inhabitants.

Africa’s growing population presents an unparalleled opportunity and several challenges. The opportunity lies in the potential for a demographic dividend of sustained rapid economic growth in the coming decades.

Investment in the children of Africa is the continent’s best hope to set the right pre-conditions for this potentially massive and transformative demographic dividend. Get it right, and the continent will see sustained rapid economic growth in the coming decades. Growth that would support a prolonged economic boom that could contribute to dramatically reducing poverty in Africa.

Boom or burden
However, without the right pre-conditions, Africa’s demographic boom could turn into a demographic burden, with mass deprivation, unemployment and low productivity – with inherent risks to stability and security. History has demonstrated that shared growth is an imperative for development; it has shown that where economic prosperity is not shared, it can be disruptive and destructive.

Fortunately, the benefits of investments in children are transformational. Child-sensitive social protection is proving to be Africa’s most effective instrument for tackling poverty, addressing vulnerability and closing the gap on inequality.

This is not to call cash transfers the magic wand, but time after time, they transform lives.

At the Sixth International Policy Conference on the African Child, held in October this year, Graça Machel added her voice to this argument, saying social protection investment has huge inter-generational impacts.

In the same meeting, the former president of Mozambique, Joaquim Chissano said: “There is no better time to be courageous, and to putting in place commitments to comprehensive social protection.”

This is the moment to ensure all families, even the most excluded and marginalised, are reached by social protection. Children are regularly referred to as defining our future. It follows that it is governments’ present investment in them that matters most.

Leila Gharagozloo-Pakkala is the Unicef regional director for Eastern and Southern Africa.