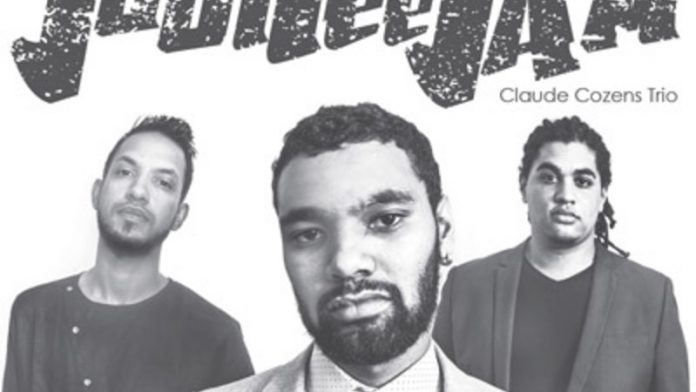 Soul, funk and jazz music’s wonder vocalist Amel Larrieux will be headed to the Mother City to perform at the 16th Cape Town International Jazz Festival in March next year.

Almost 20 years after stepping onto the scene with her former neo-soul group Groove Theory, the Grammy nominated New York-born singer is one of many musicians announced to play at the annual, weekend-long event.

Larrieux, who released her fifth studio album last year titled Everyday Ice-Cream, has collaborated with music heavyweights like Stanley Clarke and The Roots rap group, while her early 2000 song Get Up was her highest charting solo hit to date.

Along with Larrieux at the two-day jazz festival is renowned British multi-instrumentalist Courtney Pine. When a young Pine’s debut album Journey to the Urge Within made it onto the United Kingdom jazz scene in the mid-1980s, John Fordham at the time wrote that “Pine is a fine saxophonist in the manner of John Coltrane and Wayne Shorter, but on his own admission he’s in the foothills of finding his own voice as yet”. And as the years passed, he found his own music style to become one of the UK’s most famous saxophonists.

At the Cape Town show – taking place on March 27 and 28 – Pine will present his 15th studio album House of Legends, which won Jazzwise magazine’s album of the year prize in 2012. According to event organisers espAfrika, his performance “sees him return to the saxophone and features his soprano sax exclusively for the first time”.

From the few local jazz acts announced on Tuesday, the one that stands out at this year’s festival is the Claude Cozens Trio, led by Cape Town drumming whiz Cozens, alongside Kyle Shepherd on keyboard and synthesisers and bassist Benjamin Jephta.

Their 2015 Cape Town International Jazz Festival appearance will follow the release of the Capetonian drummer’s debut album Jubilee Jam. According to the festival, Shepherd and Cozens “designed and built what is believed to be the world’s first complete Ghoema Drum Kit. The drum kit was launched at the world première of Shepherd’s ‘Xamissa’ project at Festival d’Automne à” in France last year.

Also set to make an appearance on the jazz bill is hard bop trumpeter Wallace Roney, who came up under the tutelage of United States jazz giants Dizzy Gillespie and Clark Terry. Roney, has played with music greats such as drummer Tony Williams, has been a part of Art Blakey’s Jazz Messengers and also played with trumpeter Miles Davis at the Montreux Jazz Festival.

Mentored by legendary Davis after hearing Wallace play at Carnegie Hall in 1983, the musician will be joined on stage in Cape Town by fusion drummer and producer Lenny White and Grammy award-winning bassist Buster Williams.

Moving outside the traditional jazz sound on the line up is South African pop group Beatenberg, which is made up of vocalist-guitarist Matthew Field, bassist Ross Dorkin and drummer Robin Brink. While Swedish band Dirty Loops’s trio have a sound that “explores bouncy beats, interesting re-harmonisations, layered with their special twist on pop music”, according to the festival.