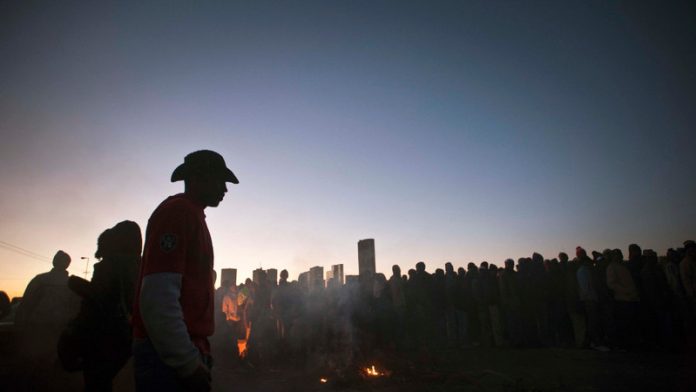 Zimbabweans who have applied for the new special dispensation permit can go home and return to South Africa over the festive season, Home Affairs Minister Malusi Gigaba said in Cape Town on Thursday.

He said Zimbabweans in possession of the Dispensation of Zimbabweans Project (DZP) permits would be permitted in and out of the country, while they awaited approval of their Zimbabwean Special Dispensation Permit (ZSP) applications.

Around 64% of the 249 000 Zimbabweans working in the country on a dispensation permit have already applied for the new permit, since October 1. Applications close on December 31. The new permit will be valid until the end of 2017.

Zimbabwean nationals in the country illegally were granted an opportunity from 2009 to legalise their stay through the permit dispensation, as a result of the political and socioeconomic conditions in their country.

Only those with this initial permit are allowed to apply for the ZSP. Zimbabwean nationals without a permit have to go through the normal processes to obtain a work, travel, or study visa.

Gigaba said ZSP applications are submitted via a website, and applicants are then issued with a barcode, a track and trace number, and a date for a face-to-face interview.

Gigaba visited the Cape Town branch of VFS Global – the company dealing with the applications – on Thursday morning to assess the process.

People patiently queued for their interview while holding onto their passports and proof of employment, business, or study. Biometric photographs and fingerprints were taken. Fingerprints are submitted to the police’s automatic fingerprint identification system, to check for criminal records, and results are returned within two days.

‘We are going to be strict’
Gigaba said completed applications are then submitted electronically to home affairs for adjudication, and concluded within a month to two months. Just over 20% of applications have been adjudicated so far. The minister anticipates that all permits will be issued by the end of April 2015.

“All that we are saying for now is that after 2017, they will have to apply for a normal visa applicable in South Africa,” Gigaba said. No decision has yet been made as to whether Zimbabweans would have to return to their country after 2017 to apply for normal visas.

Gigaba said they would soon begin a similar permit process for the Basotho, Mozambican and other Southern African Development Community nationals.

“The processes are not going to be open-ended. We are going to be strict about it,” he said.

There are 11 visa facilitation centres in the country, and four new centres for Gauteng, Western Cape, Limpopo and Mpumalanga, where there have been a high number of applications.

One of the Zimbabweans handing over her documents at the Cape Town branch on Thursday was surprised when Gigaba came to greet her. “He was asking me if we are happy with the process there, and I told him I am very much happy,” said 49-year-old Mavis Tarinta. Gigaba asked about her work, and she told him she had set up her own business selling curtains and other items.

She said applying for a ZSP was much easier than the initial permit. “It was difficult, very complicated. Now we don’t have to struggle for a long time. You just come to your appointment and you are set.” – Sapa