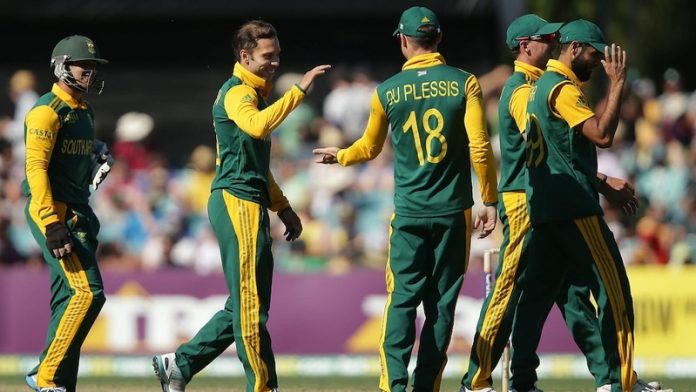 South Africa may have lost the third of their five-match One Day International (ODI) series against Australia in Canberra on Wednesday to concede a 2:1 advantage heading towards the final matches in Melbourne on Friday and Sydney on Sunday, but there was more important news.

The mad professor has broken into the Proteas’ changing room and run amok with the game plans. He has torn up some pages, added a few crazy ideas and run off into the night leaving a wake of cackling laughter. Does he know cricket? Does he care?

For six consecutive World Cups, the team formulae haven’t changed a great deal. Sticking closely to the trends of the day, South Africa have adhered as closely as possible to the same “settled” starting XI with three reserves – or four when the tournament regulations were changed. Role definition was paramount and everybody knew what was expected of them.

Bob Woolmer was a visionary and a world leader in so many aspects of play, from the way the ball was fielded to enhancing reverse swing, coaching the reverse sweep and encouraging the “abolition” of the single with significantly increased fitness for batsmen who trained harder than ever at running quick singles.

He believed strongly that players should be proficient, at the very least, in the second of the game’s three major disciplines (batting, bowling and fielding) and always said the ideal ODI team should have eight batsmen and seven bowlers. But when it came to the World Cup, he kept it as simple as possible.

To be fair, the Russell Domingo era was heading in much the same direction until they entered the final five months of preparation ahead of the 2015 edition. Previous captains have been prepared to think laterally, but thinking is easy. Acting on those thoughts becomes more and more difficult, the higher the profile of the game. Convention paralyses innovation and the fear of the consequences negates the desire to take a chance.

Unlikely if not ludicrous
The first signs that AB de Villiers might be willing to gamble with something different, in terms of the team rather than his batting, came when he persuaded Rilee Rossouw to bowl some off spin in an ODI against Zimbabwe in August. It seemed unlikely, if not ludicrous, but he obviously had his eye on the future – and the future included part-time bowlers. And himself.

In the last two ODIs in Australia, Farhaan Behardien defied both logic and his career record that has seen him take just 27 wickets in 127 List A games at an average of 43 and an economy rate of 5.4 runs an over. He took 1-40 in eight overs in Perth and then dismissed the same batsman, Shane Watson, in a return of 1-39 in Wednesday’s day-nighter in Canberra.

De Villiers followed up his return of 2-28 against New Zealand three weeks ago with another six overs on Wednesday night, which included the wicket of centurion Aaron Finch. There was a time when the sight of a batsman trundling through a few overs of gentle medium pace was not unusual, but it belonged in a different era. Not any more.

“Convention” in recent years has dictated that part-timers were no longer worth the gamble with no more than four fielders allowed on the boundary, but De Villiers was born to challenge convention.

Not only did he want the old-fashioned habit of fiddling through a few overs to work, but he wanted to be in on the action.

It stems from a desire to have seven specialist batsmen in Australian conditions against two new balls. Such a tactic is deemed as not only desirable but also imperative. And if none of the batsmen can bowl, then they must learn.

As it turned out, it wasn’t Behardien and De Villiers who were responsible for Australia scoring 329-5. Between them they bowled 13 overs and claimed 2-81. Morné Morkel and Vernon Philander conceded 84 and 70 respectively in their 10 overs, which is good enough reason not to abandon the experiment.

Expensive
On flat pitches offering little or nothing to the bowlers, specialists can be as expensive as amateurs. Besides, as the best batsman in the world, De Villiers knows all too well how awkward it can be to face his innocuous, gentle medium pacers.

Actually, the mad professor never really broke in. It was merely the impression created by the whacky use of bowlers from a bygone age.

But there is something far more important than the analysis of South Africa’s captain and the team’s tactics, more far-reaching than game plans to counter the Proteas’ key players.

The one reliable comfort for major teams facing South Africa over the past two decades has been their predictability. There has been a formulaic approach on show for everyone to see. The only time it varied was in matches of little consequence.

By bowling himself in a series bearing such gravitas shortly before the World Cup De Villiers has shown himself to be different. At the very least, he has given the video analysts of opposing teams a lot more work to do.

And if they do stumble again, at least South African supporters will be able to say: “It wasn’t the same all over again. At least they tried something different.” Not that it would be much of a consolation.