Zambia: Scott suspended as head of party over ‘unconstitutional conduct’ 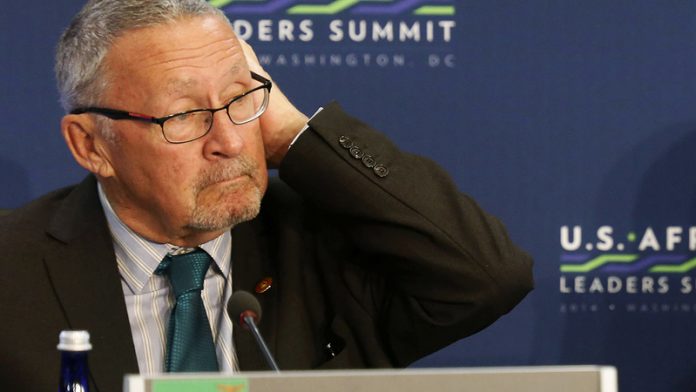 Zambia’s ruling party Patriotic Front (PF) said on Friday it had suspended acting president Guy Scott as acting head of the party for “unconstitutional conduct”, in the latest twist of a bitter power struggle ahead of the January election.

Scott, who became Africa’s first white head of state in 20 years when president Michael Sata died last month, is still a member of the PF and Zambia’s leader, but will not be eligible to stand in the January 20 2015 presidential vote because his parents were British.

The PF is divided over the contest to replace Scott, with supporters of frontrunner Edgar Lungu saying the 53-member central committee should pick the party’s candidate.

Other aspirants, and Scott, want a vote by a general conference, made up of thousands of delegates. Scott had been due to meet the central committee this week to decide on the selection process.

Questions about the stability in Zambia – Africa’s second-largest copper producer – arose when Scott fired Lungu as PF secretary-general on November 3 2014 without explaining why. He reinstated him a day later after Lungu’s dismissal triggered street protests.

Sata, who was nicknamed “King Cobra” because of his sharp tongue, died in a London hospital from an undisclosed illness last month at the age of 77. He had been president of Zambia since 2011.

Sata’s son Mulenga Sata, the mayor of Lusaka, and his widow Christine Kaseba are among ten candidates who have said they will run for the PF presidential ticket. – Reuters