Petite Noir: The gospel according to music’s king of anxiety 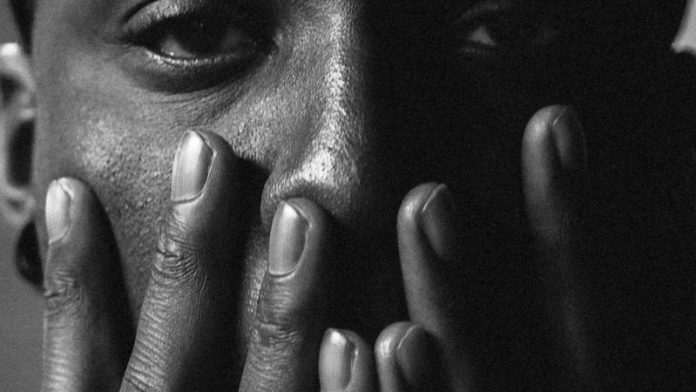 It’s gloomy in London’s Camden. It’s mid-November and the grey skies and unrelenting rain form the backdrop to a macabre conversation about musicians and death.

“I can understand why some musicians go crazy or commit suicide,” Petite Noir (aka Yannick Ilunga) says, while we make our way through parts of the London borough famous for housing Britain’s most renowned musicians, and being the place for some of their deaths too. “Sometimes when you make music it can take pieces of your soul; it’s quite an emotional process.”

Dressed all in black, the towering vocalist-instrumentalist recalls his own experiences while writing the music for his upcoming album, King of Anxiety.

“When I was writing the EP, it was a crazy time. I was going through a break-up. I was smoking a lot of weed at that time. I was living in London for the first time, and I didn’t really know anyone besides my manager and his wife. I needed to find myself in a way.”

By creating music and going through a period of self-discovery, the Brussels-born, part Cape Town-raised musician’s EP was birthed. With his guitar riffs – which trace their roots to Congo’s mid-century rock-rumba music, and sonorous vocals – which invoke frontman Ian Curtis of post-punk band Joy Division, King of Anxiety signals a coming-of-age album for the 24-year-old. He describes his music as “noir wave”, “which is like an African version of new wave”.

Ilunga effuses that the EP is “a more mature sound” and that “a lot of thought has gone in it”.

Petite Noir’s latest video off his EP King of Anxiety

Being black in Europe
Seeking shelter from the rain, we go into the Camden Art Centre, where African-American artist Glenn Ligon’s oversized installations make a neon-lit statement about race and social hierarchies. Taking it in while many screens repetitively reflect comedian Richard Pryor’s 1982 stand-up performance in the gallery room, I ask Ilunga for his thoughts on race.

“Being a black dude is crazy. Being black in Europe is even crazier. I don’t think I could ever live in Europe, but sometimes you need to be in the belly of the beast to conquer the beast.”

His Facebook page has recently been the home for images of resistance, from reaction to the  death of Michael Brown in Ferguson in the United States, to black consciousness fists.

Sitting upstairs on a red double-decker bus on the way to the West End, which Ilunga says is his favourite part of London, with its supersized clothing stores and jam-packed boulevards, I ask where he would like to live.

“The long-term plan is to move to the Democratic Republic of Congo,” which is his father’s homeland, he says, in the same breath as sharing his stories of a nomadic life with his family and five siblings. “I moved to South Africa in 1993 … but then my family was also moving back and forth to France … [and] before we came to South Africa, we went to Côte d’Ivoire.”

From church band to rock star
The former member of the Cape Town-based duo Popskarr says being tied to one country or city is not his desire. “I don’t care where people place me, I just consider myself to be an African person. All these forms of separating us is just a European system. It’s not our system.”

Despite his growing black consciousness, which he says he has garnered from the books he has been reading lately, and being surrounded by people such as rapper Yasiin Bey (formerly known as Mos Def), who features on the artist’s Till We Ghosts remix, Ilunga says he chooses not to be “preachy” in his music. “But I just don’t want to die knowing that I did nothing,” he says.

The rain has finally subsided and it’s getting dark early. Hungry from the walking and talking, Ilunga reflects on his career over £4 shwarmas in Soho.

“You would not have recognised me six years ago … I was all about going to church and playing in the church band.”

I find it hard to believe as the leather-clad rock star recites Bible verses and talks about learning to play the guitar in church.

“Let me tell you how God tests people,” he says in a soft, low voice. “About six years ago I started going out and met [musician] Spoek Mathambo at a club in Cape Town. At that time I didn’t even drink or anything. He invited me to play at his party in Jo’burg after I sent him some of my music. That fell through but it was such a booster.

“I told my worship pastor, ‘I think I’m going to stop worship practice and start working on my music’. And she said that if I left the church, I wouldn’t come back … And she was right. I’m not a regular anymore.”

Since his chance meeting with renowned rapper and producer Mathambo, Ilunga has  featured on a tribute album to the legendary Nigerian musician Fela Kuti, called  Red Hot + Fela, and on American musician Solange Knowles’s 2013 compilation album Saint Heron, with a song called Noirse.

Score to an out-of-body experience
We meet again the following day at his Chalk Farm home, and Ilunga plays his EP in full.

“It’s called the King of Anxiety … because I can be socially awkward and get quite anxious,” he quips, while the intro track Come Inside sets a haunting mood for one of Africa’s most promising and rare musicians.

With his expansive voice, which reverberates throughout the album, and his repetitively hypnotic guitar plucks and drum taps, the King of Anxiety sounds like the music score to an out-of-body experience.

Before going our separate ways, Ilunga adds that “music is a spiritual thing. You can’t see it but it touches you. And some people underestimate that power”.

King of Anxiety will be released on January 19 or pre-order it on iTunes.