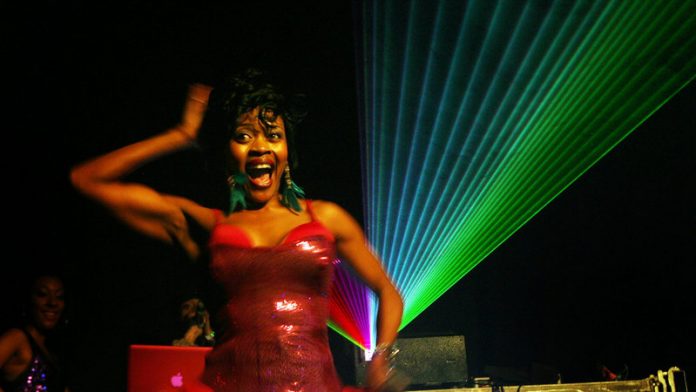 The art of kwaito is lost on a lot of people. There are aspects of it that seem to be beyond the grasp of many.

Music has a way of moving people or simply confounding them because they have absolutely no idea what it is that the musician was trying to say (leaving those of us who can’t dance to resort to thinking about the things that are being said, instead of dancing to the groove).

So I am about to expose you to the theses of some of the most popular kwaito songs over the past two decades. One cannot start such a thesis without first mentioning the legendary Thembi Seete from Boom Shaka.

When we were younger, we marvelled at her rhyming skills and repeated what she said. We did not know what she meant, because we couldn’t speak English back then and some would say, later on, that neither could she. But they could not be further from the truth. Allow me.

I don’t know what can I do with myself

Many people incorrectly concluded that this line was a case of Seete’s bad English. It wasn’t. It was a case of unrecognised genius by “the masses of our people,” to borrow a phrase from Thabo Mbeki, “and so on and so forth and stuff like that”, to borrow another. “I don’t know what can I do with myself” is a clear demonstration of excitement. She is so excited that her ability to “can”, so to speak, is uncontainable, uncontrollable and demands to be expressed.

When one is immensely excited, one’s sense of language and the ability to put words together in a coherent manner is greatly diminished (it is not unlike when you are really angry as a black person and all the English your parents paid good money for flies out the window). She cleverly indicated her overwhelming sense of excitement by not just saying she did not know what to do with herself; but demonstrated her excitement by being excited to the point of incoherence. She did not just say it – she became it (It being excitement). Pure genius. But your minds were not big enough to recognise this genius, you mere mortals. You were never ready. In fact, you are still not ready.

Second up, is the legendary, pint-sized star, Msawawa, a man whose age has remained a mystery for years. In the first “yes”, Msawawa is exclaiming that it is indeed himself. In the second one, he is emphasising that it is indeed him like he said earlier with some patience. In the third, he is absolutely certain and affirms his first three “yeses”.

The final two mark his extreme irritation as he rapidly repeats to ensure that the doubters are silenced about his proclamations.

For him to say “I am Msawawa” would have caused many unnecessary deaths in a nuclear explosion that could have exterminated half the world, yet only half of Msawawa. His awesomeness is so awesome that even he cannot say it. This is the reason he sings “Ngizohleka [I will laugh] one hour,” because even he cannot explain his own awesomeness. Attempting to explain himself is laughable.

Finally, we have Unathi, who wanted to know from Zola who Noxolo was. Zola simply said he had no idea. She is a friend, yet he didn’t have her number or home address. What sort of friend was this? We also wanted to know.

This was a pertinent question put forward by Unathi. Who is this Noxolo person? Zola replies and says he does not have Noxolo’s address – yet he also says, “she’s just a friend”. Yes, “just a friend” yet he does not have her address? “Thyini, le chap! [Wow, this guy!]” , we exclaimed and clapped once.

How on earth is it possible? Does he take her for a fool? I asked myself all these questions. We all wanted to know this Noxolo. The more I thought about it, the more I understood what Zola was on about.

We actually all know Noxolo. She has friend-zoned the whole of South Africa for years. And we all think she is a friend but she does not know who we are. We don’t have her number or her address but she is a friend to us. All we know is what time we will see her. 19.30. Her friend- zoning game is deep. She friend-zones us every night. It is, the one and only: “Ndini thanda nonke, ’makhaya [I love you all at home]” Noxolo Grootboom. Zola was not lying. He just didn’t realize he was friend-zoned. I hope I have been able to answer who Noxolo is for you, Unathi.