‘We only die once … It might as well be for Jesus’ 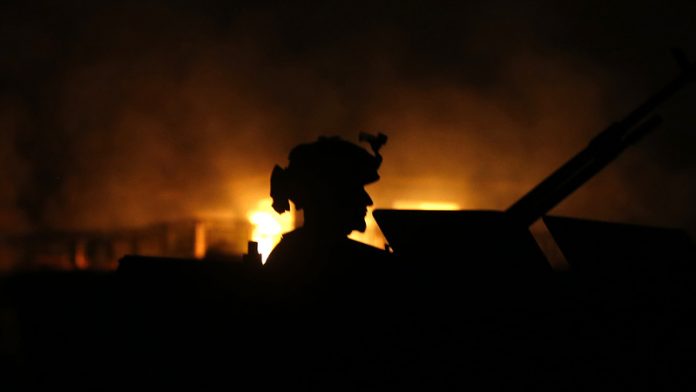 Werner Groenewald’s family and friends were shocked when he decided to go to Afghanistan about 12 years ago.

It was 2002, the year after the September 11 attacks that prompted the United States to invade the country and remove the Taliban from power. Afghanistan had just begun rebuilding itself, following decades of brutal regimes and civil war that had destroyed the once prosperous country.

Groenewald and his wife Hannelie lived in a close-knit community in Pretoria East, a world removed from the war-torn streets of Kabul.

They were raising a young family, their boy Jean-Pierre just five years old and their daughter Rodé, three years old.

Hannelie was a doctor and Werner was thriving in his fifth year as a pastor at the Moreleta Park Dutch Reformed Church in Pretoria East.

But the church had started to focus on gradually rebuilding the country in its prayers and something clicked for Werner.

“It was a focus of the congregation – on the people of the Middle East,” recalls Dirkie van der Spuy, who led the church at the time. “For many years we had a prayer movement and I think it grew out of that.”

Passion for Afghanistan
Aid organisations and donor funding had started to pour into Afghanistan, but it was still a dangerous place to live. The year that Werner made his decision, the Taliban began to regroup and went on a recruitment drive for a renewed jihad against the new Afghan government and US-led coalition.

“That country was war-torn for many years. All of us felt amazed when he said he felt called to go to the troubled places. He just felt the need of people there was so huge,” said Van der Spuy. Hannelie struggled with the decision to move her young family into a country dogged with conflict and violence.

“I know it wasn’t easy for her to go,” said Van der Spuy. “I remember many conversations from her side because she just felt as a mother: is it safe? Is it a good thing? But eventually she went there with her whole heart.”

In a post about the family on a fundraising website called GivenGain, Hannelie notes that: “The Akasia Med 24 in the north of Pretoria was my last work station in South Africa before answering to the calling to help the sick in Afghanistan.”

Over the next 12 years the Groenewald family’s passion grew for the central Asian country.

Werner continued as a part-time pastor at the Moreleta church while working in Afghanistan. The Groenewalds returned annually to visit friends and family. But leaving each time was something of an ordeal, said Van der Spuy.

“Every time it was a battle to go back, after visiting their parents and the family here,” said Van der Spuy. “But he was a man of endurance who kept fighting the good fight and even though it was difficult he went back.”

Groenewald worked for various organisations in Kabul. He headed a training centre for the Global Hope Network International from 2003 to 2008, where he trained rural people and local nongovernmental organisation (NGO) workers.

In 2008 he began what would be his last job: heading up the Afghanistan chapter of a small American-based educational NGO: Partnership in Academics and Development (PAD). One example of their projects is the Seeds of Hope school, which caters for about 200 children whose parents cannot afford to send their children to public schools.

Jean-Pierre and Rodé were now 17 and 15 respectively. The family was thriving. Summarising his life on his LinkedIn profile, Werner wrote: “I am a change agent. Wherever I can, I try to influence positive change. I find great peace in the knowledge that I have contributed to someone else’s advancement in life.”

Fatal attack
But on Saturday three gunmen with explosives strapped to their chests stormed the compound where the Groenewalds lived and killed Werner, Jean-Pierre and Rodé. Hannelie lost her husband of 24 years, her children and all her belongings in a fire that destroyed their home.

PAD’s compound seems to have included its offices and accommodation for staff.

Afghan authorities managed to kill two of the attackers in a battle that raged for several hours, but the third suicide attacker was able to detonate the explosive he had strapped to his body, according to news reports in the country.

Hannelie was working her shift at the local clinic. It saved her life.

Her sister Riana du Plessis, who is acting as family spokesperson, told AFP there was nothing left at the Groenewald’s home.

“Their house was burned down,” Du Plessis said on Sunday from South Africa. “Hannelie went back there this morning to try to recover some of their goods, but there was nothing to recover.

“She lost everything – her children, her husband, her cats, her dogs.”

In the aftermath of the horrific attack, the Groenewald’s commitment to their Christian faith and the role of PAD fell under the spotlight.

Taliban spokesperson Zabiullah Mujahid claimed responsibility for the attack on Twitter, stating that the compound was that of a “secret Christian missionary group”.

There is, however, no mention of religious affiliations on PAD’s website, which describes its goal as “empowering and developing communities through educational efforts”.

Du Plessis and friends of the Groenewalds in Kabul said the family were strict Christians but were not missionaries.

It is difficult to draw strict distinctions, however. It seemed Werner lived his faith in whatever he did.

“Werner was a man who really loved the Lord and he was willing to put his money where his mouth is,” said Van der Spuy.

Those who knew the family flooded social media with their condolences, calling Werner a martyr.

One blogger, who knew Groenewald, described a prescient last meeting with him about a month before he was killed.

“In Werner’s last message to the international group of co-workers he spoke on ‘counting the cost of following Jesus’. His words will remain in our hearts forever as he closed the session with these words: ‘We only die once, so it might as well be for Jesus.'”