Hold hands in friendship – and be proud to be an African 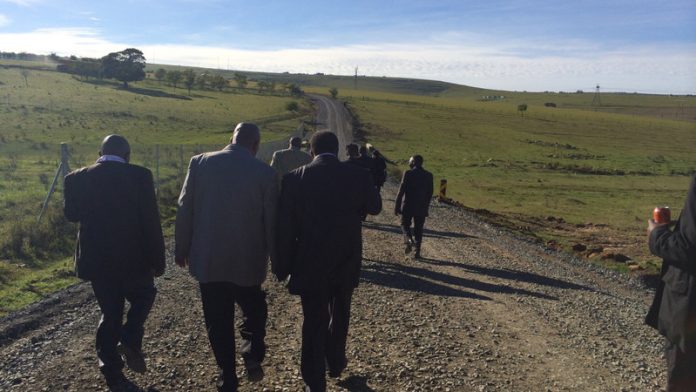 Last year, at Mandela’s funeral, as I walked through his home towards the marquee, there were two elderly Xhosa men in front of me walking hand in hand, and the scene reminded me of my childhood, growing up in the then Transkei in the Eastern Cape.

It was not just something that men did; women also walked hand in hand, and at times clung to each other as they walked. It was a demonstration of closeness, friendship and trust. It symbolised so many things that cannot be put into words. It was so natural that we were never even aware that we were doing it. But we have lost it now.

When formerly whites-only schools were opened to black pupils, I was one of the first black children to attend Hudson Park Primary School in East London. Before that, I was at Little Flower Junior Secondary School in Qumbu. Ninety-nine percent of that school was black, with just a few coloured, Indian and white pupils. They were not boarders but day scholars.

As black children, we’d walk around holding hands because it was something we had seen older people do. It was normal and everyone did it.

When I went to Hudson Park Primary, black boys and girls often held hands when they walked together. I then started noticing that maybe there was something wrong with what I considered normal behaviour because white children would walk past and say: “You guys are gay.”

And I’d say “yes”, because to me “gay” meant only one thing. We’d read a short story in the Little Flower Junior Secondary School in which the word “gay” was described as “cheerful, happy and jolly”. The words I still remember from the story were a “gay meadow” (I also looked up the word “meadow”). The more the white children said “all the black guys are gay” the more I realised the tone was negative. So I looked the word up again.

I found another meaning for the word I did not know at the time. After that, we black children stopped walking hand in hand. We had just allowed other people to tell us how we should behave in our quest for acceptance into a new world.

Today, you will hardly ever see Westernised black people casually holding hands. We are so scared of being labelled that we will go against what comes naturally to us. But many older black men still hold hands when they walk together. And when I go to villages in the rural areas I still see people walking hand in hand. And that gives me hope that perhaps our good customs will endure, despite the pervasive onslaught of Western culture.

Doek on Fleek: The women cheering on more women to wrap themselves in success

Five internet gems to make you feel old and uncool