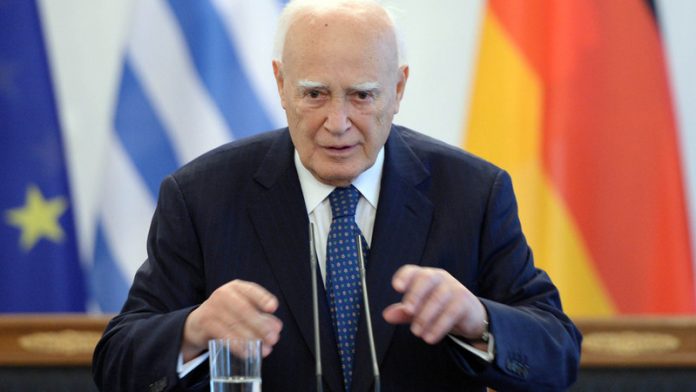 The Greek government this week announced that it would bring forward presidential elections. The announcement of the high-stakes gamble that will make or break its survival was made only a few hours after lenders agreed on Monday to grant Greece a two-month extension of its financial rescue programme.

The ruling coalition surprised party leaders and political pundits by saying the process to replace the head of state would begin next week, two months ahead of schedule.

“Prime Minister Antonis Samaras and Vice-Premier Evangelos Venizelos … have asked the president of the Parliament for the procedure of presidential elections to move as quickly as possible,” said government spokesperson Sofia Voultepsi.

Samaras, in power since July 2012, is expected to announce this week a candidate to succeed President Karolos Papoulias, a World War II veteran whose term expires in March.

If the nominee put forward by the conservative-dominated administration, which controls 155 seats, fails to garner the requisite 200 votes on December 17, a second round will be held on December 23. A third round could take place on December 29 when the candidate will need to gain 180 votes, three-fifths of the 300-seat house. In the event of failure, the Greek Constitution demands that general elections be called.

Five years of austerity
Amid widespread discontent after five years of austerity – the price of emergency bailout funds from the European Union and International Monetary Fund – polls show the main opposition, the radical left Syriza party, would easily emerge as the winner if general elections were held.

“This is the surest sign yet that the government is collapsing,” Syriza’s spokesperson, Panos Skourletis, said. “It has run out of arguments. Whatever it does will require more austerity and this is the best way possible of concealing that from the people.”

Voultepsi said it was crucial that the political uncertainty engendered by the election was brought to an end. The presidential vote would provide stability and strengthen Athens’s hand in dealing with creditors, she said.

Analysts predict that opposition MPs could be swayed by the prospect of continued perks in the job. Should national elections be called, the majority will almost certainly lose their seats.

“The open vote makes their choice more difficult but, if they believe they can go back to their constituencies and sit in tavernas and coffee houses and not be lynched, they may well back the government’s candidate,” a seasoned political observer said. “It gives them longer in posts that they would otherwise lose.”

Yields on Greek bonds have soared in recent weeks as the government has struggled to wrap up negotiations with bodies that have propped up the debt-burdened economy to the tune of €240-billion since 2010.

The political uncertainty has renewed speculation that Greece will be forced to exit the eurozone, a spectre the country has battled to quash since it triggered Europe’s debt woes in late 2009. – © Guardian News & Media 2014