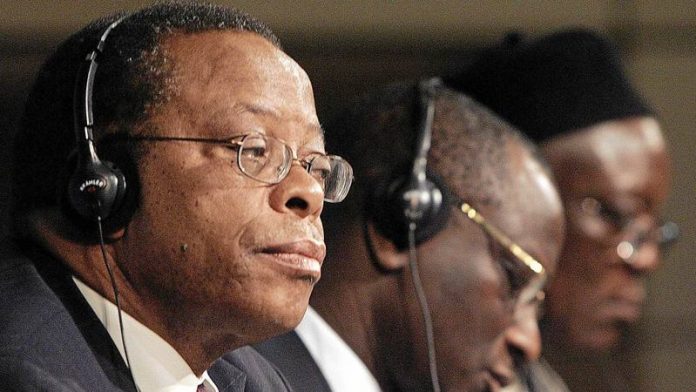 Timothy Thahane, former Lesotho finance minister and a former deputy governor of the South African Reserve Bank, has been accused of defrauding a Lesotho farming project of R24-million. And he’s not alone, but just one of a handful of current and former Lesotho ministers who are accused of corruption. Yet none of them has been tried in court – let alone prosecuted.

Last month Thahane’s lawyer, Qhalehang Letsika, astonished the country’s high court with his reason for why the judge should once again postpone the trial of the 74-year-old Thahane. He admitted he had proposed the November court date in September, but the court hadn’t confirmed the date with him, so he wasn’t prepared to proceed.

High court Justice Tseliso Mona­phathi expressed his frustration: “It now seems to be the tradition to postpone these high-profile cases … this should not be tolerated. It affects the reputation of this court and all the courts in this country.”

Letsika told the Mail & Guardian this week: “The intention is not that my client shouldn’t have his day in court. We are ready to appear in court, defend his rights and prove that the charges are baseless.”

But this is more than a saga of how one tiny African country struggles to prosecute financial crimes perpetrated at the highest levels, which ultimately hinder its development. The ruling coalition also asserts that corruption is a root cause of Lesotho’s current crisis sparked by an August 30 coup attempt.

Anti-corruption campaign
During his two years in power, Prime Minister Tom Thabane has become Lesotho’s first premier to launch an anti-corruption campaign. But his rivals claim that it’s politically motivated and aimed at officials linked in some way to the previous government of former prime minister Pakalitha Mosisili.

They also claim Thabane is a hypocrite, and that he is corrupt. Most recently, they have accused him of providing “first lady benefits” to both his former wife and to his new wife.

“This is not a witch-hunt,” says Thabane’s spokesperson, Thabo Thakalekoala. “Mr Thabane believes Lesotho would have developed much further if not for rampant corruption in government circles.”

On the morning of August 30, soldiers raided Thabane’s official residence, forcing him to flee to South Africa, and attacked the national police headquarters. Government officials say the troops searched for the most sensitive corruption investigation files, killing one policeman in the process. The military denies the charge and says it carried out the operation to disarm the police, who allegedly planned to give weapons to radical young Thabane supporters.

To some Basotho observers, it’s no coincidence that these corruption cases are being postponed until after the elections on February 28 next year, which the regional mediator, the Southern African Development Community, brought forward by two years as part of its peace plan.

If Mosisili and his Democratic Congress, the single largest party in Parliament, return to power, speculation is that the accused officials will be granted some form of immunity and their cases swept away.

“The reason for these delays is obvious – they don’t want to be convicted and sent to prison,” says Lerato Makholela, a lawyer who has worked on some of Lesotho’s anti-corruption cases. “Although these cases may appear to be politically driven, behind them is a lot of merit.”

Supporters of those in Thabane’s crosshairs reject the charge.

“It’s a big coincidence that anyone who stands up to him, or poses a political danger, is suddenly accused of corruption,” says Tlohang Sekhamane, a former government secretary under Mosisili and today a high-ranking member of the Democratic Congress executive committee. “He’s using the rhetoric of corruption as his method of staying in power and has nothing to do with the truth.”

High-profile cases
Thahane served as finance minister under Mosisili for 10 years after a long career with the World Bank. He then served in Thabane’s Cabinet as the minister of energy, meteorology and water affairs. But before long he was accused, in a second case and also dating from the past, of bribery and fraud in a R19-million wool-and-mohair deal. He became the first sitting Cabinet member to be fired for alleged corruption.

Another accused is former natural resources minister Monyane Moleleki, who allegedly fixed licences for Lesotho’s diamonds. But he claimed he was seriously ill, underwent treatment in Bloemfontein, and returned home, visibly gaunt and aged. Nevertheless, his critics say, he is well enough today to serve as the opposition leader in Parliament and as Mosisili’s deputy in the Democratic Congress.

Another high-profile case involves Thabane’s deputy prime minister, Mothetjoa Metsing. He is not only accused of siphoning more than R50-million from a road-construction tender, but Lesotho police are also investigating the possibility that he was a ringleader of the August 30 coup bid.

He has delayed his trial by claiming that, despite being a public figure, he is entitled to financial privacy and, more lately, that he won’t receive a fair trial. But even the deputy of Metsing’s own party recently called on him to defend himself in court “like a real man”.

Regardless of the politics involved, these trials could deliver a strong message against impunity, says Tsoeu Petlane, the director of the Trans­formation Resource Centre, a leading voice of Lesotho civil society: “It’s important for ordinary people to know the law does work in this country, that it doesn’t matter who you are, or how rich you are.”

As for Thahane, he says he became an “easy target” because of his high profile, his prominent past and the wealth he has accumulated.

“The anti-corruption campaign is under pressure to produce successes, and I’m a victim of that,” he told the M&G. “But don’t put me in league with others accused. I look forward to my day in court to prove my innocence.”

Michael J Jordan is a freelance foreign correspondent based in Lesotho

Goodbye to the godfather of Lesotho politics