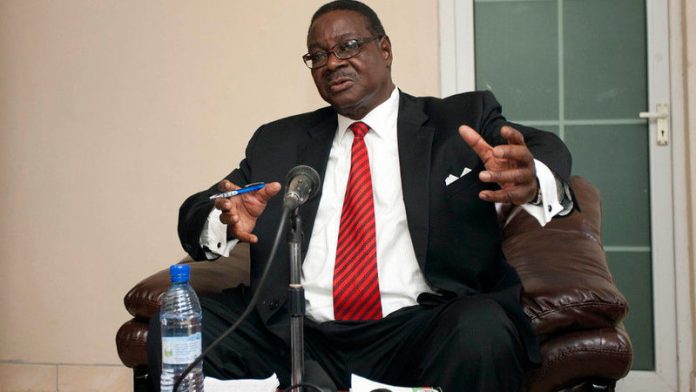 Malawi President Peter Mutharika has suspended indefinitely massive pay hikes for himself, his deputy, for cabinet ministers and members of parliament following public outcries after he had increased salaries of the top government officials.

Mutharika’s government failed to justify the hike in the wake of a declining economy. By nodding to the salary increases, Mutharika had violated a section of the Constitution that requires such increases to be salaries of the president and vice-presidents to be determined by an Act of Parliament in consultation with the president and not by the president alone.

Malawi’s Minister of Finance, Economic Planning and Development Goodall Gondwe said the country’s turbulent economic times have forced Mutharika to suspend the pay hikes until the economy has recovered.   “We have an abnormal economy and on top of that we inherited a MK100-billion ($200-million) debt. We need to solve some these problems first,” Gondwe said in a telephone interview.

Mutharika had awarded hefty salary increases for his 20 member cabinet ministers and 193 Members of Parliament by between 167% and 368% respectively. The salary increases were contained in cabinet memo leaked to the Weekend Nation newspaper early this month.

Malawi’s economy is sailing through stiff head winds with its currency, the Kwacha, registering steep declines against major currencies.

The government is heavily borrowed and foreign aid that it relies on for funding is uncertain. Malawi’s donors, who contribute about 40% of its annual budget, closed their taps in the wake of the Cashgate scandal, a systemic plunder of government monies that saw the disappearance of more than $48-million during former President Joyce Banda’s two-year rule and $214-million that vanished during the eight-year reign of former president Bingu wa Mutharika.

Gondwe had earlier backed the hikes saying they were proposed by the former ruling People’s Party of Banda.

Apart from that Gondwe had argued the hike which totalled 8% GDP was covered by the budget less any donor aid.

A record number of strikes from the judiciary, to the Anti-Corruption Bureau, to the University and of Malawi to the health sector have plagued the country with workers demanding on average a 60% pay hike. The government says it has no money.

“Peddling lies”
However the People’s Party spokesperson Ken Msonda denied Gondwe’s claim that his party had proposed the increases when it was in government and instead said Gondwe must resign as he had “failed the nation by peddling lies”.

The suspension of increases followed a public outcry from NGOs, and the major opposition party, Malawi Congress Party (MCP).

“The pay rise is wrong, unethical and illegal because it has not passed through Parliament,” said MCP President Reverend Lazarus Chakwera during a news conference in capital city Lilongwe last week.

Centre for Human Rights and Rehabilitation (CHRR) said the pay hikes showed that the government is insensitive to the political and economic hardships currently prevailing in Malawi.

“We also see this as an attempt to silence opposition Members of Parliament,” CHRR Executive Director Timothy Mtambo said.

Three months ago, Mutharika had dismissed a proposal that reviewed ministers terms of conditions and service saying there was no ethical reason to support the review.

“We are passing through very difficult economic times as a country and the President would rather focus on improving the standards of living of public servants than ministers,” State House Press Secretary Fredrick Ndala said at the time.

Home affairs minister admits South Africa has weak borders, and that the Bushiris had 10 passports between them
Read more
Africa

A respected and robust United States — with all of our flaws, mistakes and missteps — can be good for the defence of democracy, not least in Africa
Read more
Africa

In 100 days of presidency, Lazarus Chakwera has been mostly well received despite a few glitches
Read more
Advertising