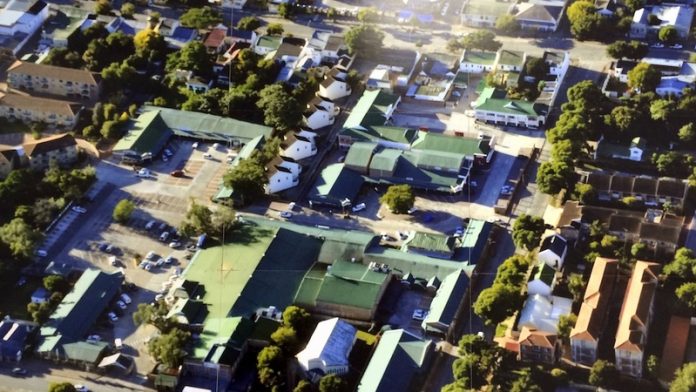 A Grahamstown developer has received the green light to build a Superspar, a Mugg & Bean and other shops, ending an eight-year battle between two old friends that has cost them, and the municipality, millions of rands.

The battle has deprived the town of a competitive supermarket and the jobs that go along with construction and expansion. The case sheds light on how a municipality where incompetence is rife does business and how one person can block competition.

The battle is between two Eastern Cape property developers, Rob Beer and Mark Shelton, whose friendship and business relationship goes back to the 1980s in Mthatha, where Beer was a lawyer and Shelton was in the butchery business.

When they came to Grahamstown, Beer developed the first shopping complex, Pepper Grove Mall, and Shelton became the anchor tenant with the first Spar in 1997. Shelton later switched to Pick n Pay, which he co-owns and manages with another Mthatha friend, Jon Campbell.

Beer acquired the Spar franchise and developed a Kwikspar for his sister and her husband, Jill and Guy White, in Oak Tree Cottage, located on African Street down the road from the Pepper Grove Mall entrance.

In 2006, the Whites approached Beer about expanding into a Superspar that would be two to three times the size and able to offer more competitive prices. That’s where the saga begins.

Since then, Beer has proposed three sites for the expansion, all of which Shelton has blocked until now. A recent meeting of the Makana mayoral committee approved two of Beer’s developments. “Contractors are due to start construction on the 15th of January,” Beer said on Monday. “We are thrilled to be able to proceed after eight years of frustration.”

Neither Shelton nor Campbell would comment on the decision. “You have had access to the court records and I believe they more than adequately cover my position and therefore have nothing of value to add to your research,” Shelton said in an emailed response to a request for comment.

Buying to stop expansion
According to court documents, in 2006 the owner of a property behind the Spar site agreed to sell to Beer. Shelton got wind of the deal and offered the owner R1-million over market value and acquired the property. He admitted that he bought the property to stop the expansion. He developed it into a large block of flats and owns several of the apartments.

Two years later, Beer bought properties adjoining the Pepper Grove Mall and applied for rezoning for a supermarket, which was granted. Shelton appealed in the high court on the grounds that he and Beer had a tacit agreement that the latter would not become involved in a competitive business. Beer repeatedly denied he had any such agreement, in court and out, and opposed Shelton, who didn’t appeal.

The construction of the Plum Tree Mall began. It was to be a double-storey, up-market mall with a lift, fountain, restaurant and Superspar. Shelton applied for a review, claiming that as the owner of a flat in close proximity the municipality was legally obliged to send a registered letter to advise him of the plans and giving him the right to object.

Under law, the municipality is required to advertise the rezoning application and send registered letters to everyone potentially affected. Makana admitted it had failed to deliver the registered letters. Beer’s legal team advised him that the court would grant the review and the process could take years. “At this point I took a business decision to back down on the Spar if Shelton would allow the project to go through without it,” Beer said recently.

They reached an agreement that limited Beer from building a supermarket in the area of Pepper Grove Mall. That complex now houses Beer Property’s offices, an Ozone water and information technology shop and two restaurants. Court documents state that Beer lost millions of rands in the deal because the complex is much smaller than initially envisioned. Jill and Guy White asked him to seek another property.

In 2009, Beer approached the financially strapped Grahamstown Bowling Cub, located further down African Street, with a R9-million offer. They agreed in principle, subject to the club’s merger with the Albany Bowling Club.

Rezoning
Shelton got wind of the deal, a phrase that crops up repeatedly in the stacks of court documents, and offered the club R100 000 down, plus R20 000 a month for the next five years, with an option to renew, provided they did not sell for the purposes of developing a supermarket and that Pick n Pay could keep its branding at the night bowls.

In 2010, Beer acquired another property adjacent to the Spar, applied for rezoning and conducted a traffic impact study as this area of African Street is already congested with trucks delivering goods to Oak Cottage, which also contains a Tops liquor store and a BP garage, as well as the Pick n Pay, which has its loading area just down the street.

The municipality approved the development, but Shelton, who owns flats behind Oak Cottage, appealed on the grounds that he had not been notified of the proposed development. Once again, the municipality advertised Beer’s intentions but failed to send the required registered letters. “A mistake once I can understand,” Beer said, “but twice?”

Beer went to the Competition Commission, charging Shelton with anticompetitive behaviour. The commission decided last year not to refer the case to the tribunal, but noted concern that no other food retailers had entered the market since 2009 and that the only viable developer had been kept out of the market. It ruled that the actions were not “generally exclusive” as they were aimed at one specific party only: Beer.

It is not clear what happened, but the troubles aren’t limited to Grahamstown. Shelton has successfully halted Beer’s proposed boardwalk development at the exclusive Port Alfred Marina, and therein lies another saga.

Negligence and incompetence
In June, Beer took the municipality to court, charging it with negligence and incompetence in holding up projects worth at least R50-million that would create about 120 permanent jobs, with more to come from the construction phase. The Grahamstown High Court ordered Makana Municipality to come to a decision about 21 pending building plans and applications submitted by Beer. Beer claims his investments in the town generate millions in rates and services and his companies employ 61 permanent workers.

In September, Grahamstown residents were astonished to find that a partition blocking off more than two dozen parking spots had appeared in the already crowded Pepper Grove Mall. The town was abuzz with speculation about what was going on and then the partitions disappeared.

The two reached an agreement. The parking lot, it appears, will remain as the recent mayoral committee meeting approved Beer’s plan for rezoning another property behind Pepper Grove Mall. The new shops will be built there.

“We have started with the Mugg & Bean, Wakaberry, Crazy Store and Spec Savers project, thus extending Pepper Grove Mall,” Beer said. This is a project that will suit everyone, except perhaps high street businesses.

“A Mugg & Bean would be good,” Campbell said. “We’re keen to bring more people here. Hopefully there will be a spin off for Pick n Pay.”