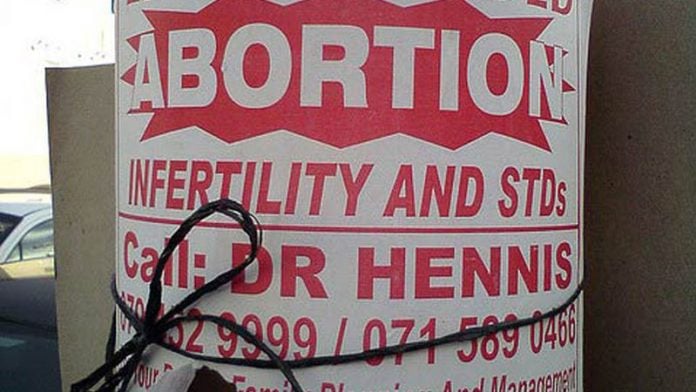 Mozambique has passed a law permitting women to terminate unwanted pregnancies under specified conditions without risking punishment, a move hailed by activists in a country where clandestine abortions account for a large number of maternal deaths.

The new law specifies that abortions will have to be carried out in recognised and designated health centres by qualified practitioners.

Termination must be carried out within the first 12 weeks but in case of rape, the period is extended to 16 weeks.

It will also be allowed when the pregnancy poses a serious risk to the health or life of the mother or in case of foetal abnormality.

In Mozambique, the earlier law prohibiting abortion, except in cases where the mother’s life or health is endangered, dates to the late 19th century, when the mainly Catholic Portuguese controlled the country. The other major creed in Mozambique is Islam, a faith which also does not support abortion.

Lobbying
The reform came after a decade of spirited lobbying by reproductive health advocates in Mozambique, where clandestine abortions are one of the leading causes of deaths among pregnant women and girls.

Unsafe abortion accounts for 11% of maternal deaths in Mozambique, according to health watchdogs.

The move is a victory for women, because it’s not so “restrictive” anymore, said Ivone Zilhao a Maputo-based sexual and reproductive health doctor with Pathfinder, an international nongovernmental organisation that promotes safe and legal abortion services.

Many African countries have strict laws that prohibit abortion, leaving many women to resort to resort to secret and unsafe methods of termination.

Cape Verde, South Africa and Tunisia are the few countries that allow for therapeutic abortion.

The World Health Organisation estimates that one in every five pregnancies worldwide ends in induced abortion and that around 47 000 women die due to complications linked to unsafe abortion. – AFP