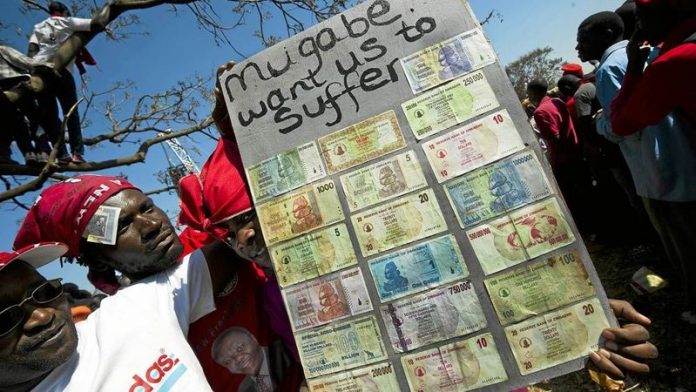 The Reserve Bank of Zimbabwe has began circulating a set of new bond coins worth $10-million, in a bid to ease the shortage of lower denomination currency, but Zimbabweans are skeptical of the move, believing it is a way of gradually re-introducing the much-despised Zimbabwean dollar.

Major retail outlets across the country such as OK, TM and Spar were giving out the coins as change to consumers, although the coins are not yet widely circulating.

The coins, which were minted in South Africa, appear in denominations of one cent, five cents, 10 cents and 25 cents, while the 50-cent coins will start circulating in March. The coins are pegged at par against the United States dollar.

Multi-currency
Zimbabwe introduced a multi-currency regime in 2009 after the Zimbabwe dollar was eroded by runaway inflation, which peaked at 500-billion percent in 2008, rendering the currency worthless. The introduction of the multi-currency system, however, resulted in many people losing their life savings.

Although the multi-currency system stemmed inflation, over the years Zimbabweans have had to contend with higher prices of goods compared to their regional counterparts as retailers resorted to rounding off prices due to a shortage of smaller denominations. When the country switched to a multicutrency regime, it did not request the currency from the US.

Local currency
Reserve Bank of Zimbabwe governor, John Mangudya, has insisted the government had no intention of bringing back the Zimbabwe dollar, saying doing so would be careless and a form of economic suicide given that there is no sufficient production and reserves to anchor the currency on.

“There are no fundamentals to bring back the local currency. We have no appetite to do so, and we can’t be careless to do so and we won’t do that,” he said, while responding to a question on whether the coins are a way of returning the local currency.

However, ordinary Zimbabweans are of the belief that the government was testing the waters by introducing the coins.

“I would rather have the rand or [Botswana] pula as change, but if I have no choice, I will make sure I use the coins as fast as possible. I am suspicious of the timing. We have been complaining about the non-availability of change since 2009 but they are only reacting now. The question is why,” said John Nyazenga of Harare’s Budiriro suburb.

“I am sure that the Zanu-PF government was waiting for the MDC to be out of government so that they reintroduce the Zimbabwe dollar. I think this is just the beginning, more is coming.”

The Consumer Council of Zimbabwe told the Mail and Guardian the bond coins would benefit consumers in the long run.

US dollar weighs on Zimbabwe’s economy