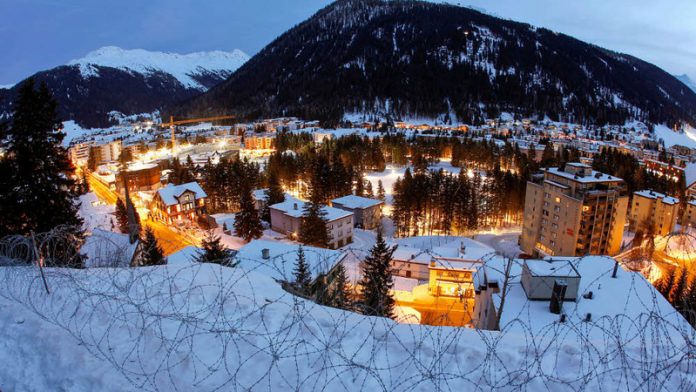 As the lights go off across parts of South Africa next week – with Eskom on Thursday predicting near-certain load shedding for the foreseeable future – its two top leaders and a third executive plan to be in Davos, Switzerland, where they will mingle with the famous and influential at the annual World Economic Forum (WEF) meeting.

An internal attendee list for the glitzy and controversial meeting, seen by the Mail & Guardian, shows that new chief executive Tshediso Matona, chair Zola Tsotsi and the group’s sustainability executive Steve Lennon are due to be in Davos.

During a briefing on the state of the national electricity system on Thursday, Matona stressed that South Africa was in for a bumpy ride as Eskom refocuses on maintenance of its generators – rather than ­keeping the lights on at all costs.

The rest of the summer would be difficult, he said, and the country would have to learn to tighten its electrical belt.

In Davos the Eskom executives will discuss the “New Global Context”, according to the formal agenda, reflecting on the profound political and technological changes the world is experiencing.

Companies involved in the WEF meetings – including most of the largest corporate entities in the world – are strictly limited to one attendee each, and typically have to choose between sending their chair or chief executive, but exceptions are made for sponsoring partners.

Skiing lessons
Eskom did not respond to questions on the value of its partnership with the WEF, whether it considered the week-long absence of its top leaders appropriate during a time of crisis, and whether those leaders had taken skiing lessons ahead of heading for snowy Switzerland.

Eskom describes its participation in the WEF, to which it is an “industry partner”, as one of the instances where it is “helping to shape the response of the international business community to address sustainability challenges such as development and climate change”.

The WEF has a slightly different take on the role of its industry partners, citing those companies as spectators first, and influencers second: “With privileged access to the forum’s multistakeholder networks and experts, partnership brings visibility and insight to strategic decision-making on the most important industry and cross-industry-related issues.

“This access and insight allow industry partners to contribute to leading positive change across these issues to engage in action to support corporate global citizenship.”

Visibility is not always good. Environmental and anti-globalisation groups regularly target Davos, and participants, in order to piggyback on the event’s publicity. At the 2014 event Eskom found itself branded one of the “worst” corporations of the previous year, in a Greenpeace mock award timed to coincide with the Davos gathering.

Gaggle of ministers
Leaders of other South African companies and organisations also appear on the list of those expected in Davos, including Telkom, Standard Bank and Brand South Africa. But with the exception of Investec (through the separation of its South African holding company and its British asset management company), these organisations are limited to a single seat at the table, as are most companies from around the world.

The bulk of the South African presence in Davos will be made up of a gaggle of ministers accompanying President Jacob Zuma as part of a government delegation.

“South Africa will use the opportunity to market the country as an attractive and reliable investment destination as well as a development partner, in the context of the National Development Plan and in celebration of achievements scored since the dawn of freedom in 1994, which brought about a better life for millions more citizens who had been excluded during the period of apartheid colonialism,” the presidency said in a statement this week.

The electricity crisis by numbers

193 months
The amount of time since Eskom formally warned the government, in a white paper on energy, that South Africa would run out of electricity, unless a decision on supply was taken before the end of 1999.

2003
The year in which Eskom decided to “de-mothball” power stations to deal with increasing demand.

2004
The year in which government policy officially shifted from privatised electricity generation to holding Eskom responsible for supplying the grid.

1.4%
The decrease in electricity South Africa produced in the first 11 months of 2014, compared with the 2013 period, according to Statistics SA.

18.9%
The increase in electricity imported into South Africa in the last three months for which data is available, compared with the previous year. It was not enough to stave off a year-on-year decrease in the amount of electricity available for distribution.

11-million
The estimated number of households with access to electricity, the increase in which President Jacob Zuma has blamed, on several occasions, for blackouts. This is only 25% of the total demand.

15-million
The current rough estimate of the total number of households in South Africa.

40%
The amount of Eskom’s generating capacity used by its top 150 users, most of them mines.

900MW
The expected loss in capacity when one unit at the Koeberg nuclear plant in Cape Town shuts down in February for planned maintenance.

1 000MW
The level of loss of generating capacity Eskom says can plunge the grid into crisis at any time.

238%
The increase in breakdowns and other unplanned outages at Eskom’s generating plants between the end of 2009, when maintenance was last considered on track, and the end of 2014.

The government must not cave to Eskom’s demand that it be exempt from air pollution rules. Furthermore, the power utility needs to stay true to the principles of its own just transition strategy
Read more
Advertising