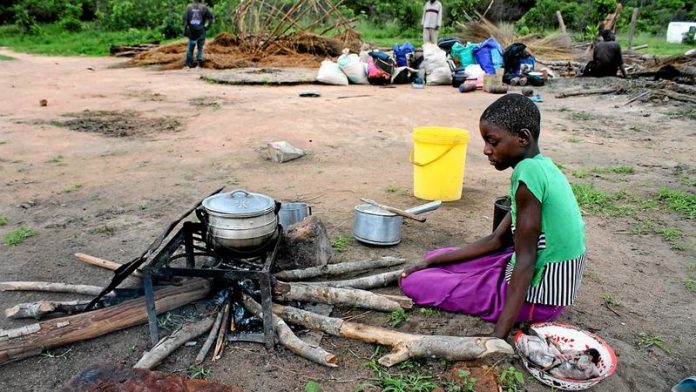 About 150 families face eviction from Manzou Farm in Mazowe, Zimbabwe to make way for a private game reserve for the country’s first lady, Grace Mugabe.

Officials from the Zimbabwe Parks and Wildlife Management Authority have reportedly told the families that they will soon bring wild animals, including elephants and lions, to the farm. This will happen in defiance of a court order against the evictions.

Last week armed police descended on the farmers, who were resettled under the land reform programme, burning down homes and forcing the families off the land.

The government says the farm is reserved as a game park and a national heritage site by the department of national museums and monuments of Zimbabwe. But last year Mugabe told a rally that she wanted the farm.

The villagers made an urgent high court application which resulted in Justice Erica Ndewere granting the settlers a provisional order on Monday, halting the evictions and demolition of their homes.

Bringing in wild animals
The government has stopped the use of armed police but will now use wild animals to drive the families out.

When the Mail & Guardian visited the farm, those evicted said the police had not been to the farm since the court order was granted. However, a delegation – made up of officials from national parks, national museums and monuments, the Environmental Management Agency and the ministry of lands – toured the farm on Tuesday.

The officials allegedly held a meeting at the farm and said a team from national parks would be deployed to secure the area and bring in wild animals.

Aspinas Makufa, a representative for the settlers, said the officials had told them they would bring in wild animals starting next week. He said the families would continue fighting through the courts to stay on the farm until the government gives them alternative land.

“Now that animals, which include elephants and lions, will be brought soon just shows that chances are high that we will have to leave this place without allocation of alternative accommodation. But we have our hopes on the court order.”

Makufa said the settlers, most of whom are Zanu-PF supporters who invaded the farm at the height of Zimbabwe’s controversial land reform programme between 2000 and 2002, were living in fear after being brutalised by the police.

He said the settlers were angry for being used by Zanu-PF. They invaded the farm with the party’s blessing, only for them to be dumped 14 years down the line.

“We are living in fear. Vanhu vakangoona motikari vanobva vato tiza [If people see any car, they run away] and children are not going to school because parents are not sure of the safety,” Makufa said.

“It hurts that we are Zanu-PF supporters but we are being treated like we are members of the opposition. We fought the Third Chimurenga [struggle for land] but now we are being evicted like we are nothing and are being forced to leave our crops behind despite investing a lot.

“It keeps pouring and our houses were destroyed,” he said.

A villager who spoke on condition of anonymity said the police and government officials were accusing them of being used to fight the first lady by party officials linked to former vice-president Joice Mujuru.

Although the government insists the first family is not involved in the evictions, Grace publicly stated in August last year that she had applied for the land but the villagers were resisting her attempts to take over the farm.

At a rally she accused the Mazowe South legislator, Fortune Chasi, of funding the villagers’ court bid while he was the deputy justice minister. Chasi was subsequently fired from his government post.

“They have been putting makeshift shelters but it has been a difficult time since it’s raining. Some of them have sought refuge with relatives and friends but the majority are at the farm.”

Mashonaland Central provincial affairs minister Martin Dinha, who maintained that the first family was not involved in the evictions, told the M&G the villagers had been allocated alternative land at Blagdon and Nyandirwi, but were resisting moving there.

Bhatasara said neither he nor the villagers knew of the allocation.

Parks and Wildlife Management Authority spokesperson Caroline Washaya-Moyo would not comment on why they were planning to move in animals when there was a court order against the evictions. She referred questions to the environmental ministry, whom she said had led the delegation.