Windies blown away by Proteas in ODI opener 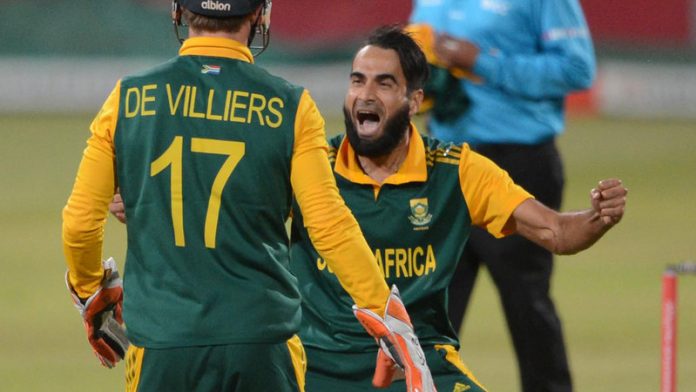 Returning captain AB de Villiers top-scored for the Proteas to set them on their way to a comfortable 61-run Duckworth-Lewis victory over West Indies in the opening match of their One-Day International series at Kingsmead, in Durban, on Friday.

That prematurely ended the innings on 48.2 overs, and after a delay of just under three hours, the tourists returned to chase a revised target of 229 in 33 overs.

West Indies had began the day well despite losing the toss and being asked to bowl first with Jerome Taylor making two early breakthroughs.

First he cleaned up Rilee Rossouw with a full swinging delivery for a five-ball duck, his fifth nought in 10 ODIs, before new man Faf du Plessis was trapped leg before wicket, also without troubling the scorers leaving the score on 16 for two.

Fastest batsman to 5 000 ODI runs
At the other end, Amla was ticking along nicely and by the time the hosts reached 50 in the ninth over, he had already struck six boundaries in his 32. He struck two more boundaries before reaching his 26th career 50 in 49 balls, with the opener surpassing 5 000 runs when he cut Sulieman Benn away for four, that shot also raising the 100 in the 17th over. But he was run out shortly after, attempting a second run to Andre Russell at wide third man ending the partnership one run shy of three figures.

De Villiers, though, took over the mantle, reaching his own 50, the 43rd of his career, in 61 deliveries followed my Miller’s eighth ODI half century at a run-a-ball rate. The 200 came up in the 34th over with Miller then departing when he slashed Jason Holder straight to Dwayne Smith on the square leg fence.

That was the beginning of a woeful closing 10 overs for the hosts. They slumped from 242 for three to 272 for eight with a cramping De Villiers out when he struck Benn straight down the ground to Russell, who himself inflicted the run out of Farhaan Behardien and JP Duminy, both for 12, before the rain forced the innings closed with the target set at 280.

Gayle almost thoughtlessly wielded his bat for a brisk 26-minute stay at the crease as the tourists raced past 50 in the sixth over. He eventually fell in the same over, edging Steyn behind to De Villiers, with this score proving the best for his country.

Leon Johnson (nought) fell lbw to Philander courtesy of a review, while Marlon Samuels (12) was inexplicably run out at the non-strikers end backing up. That was followed by Smith trapped lbw by Tahir as the West Indians slipped to 89 for four.

They were five down when Tahir had Jonathan Carter (17) stumped by De Villiers with 111 needed from 12 overs. The scoreboard pressure proved too much and there was little resistance from the next five batsmen as the visitors fell 1-0 down in the five-game series. – Sapa