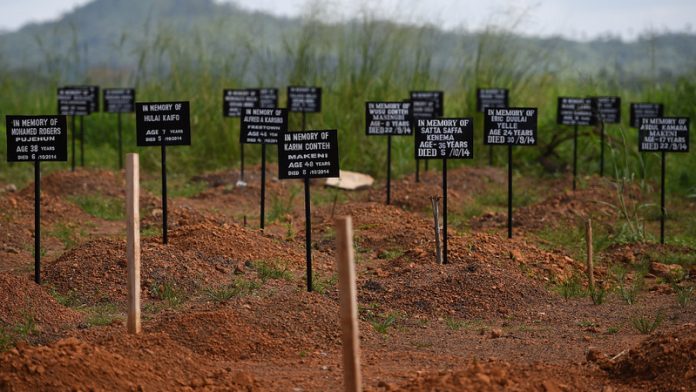 A military-style operation to fight Ebola in Sierra Leone has helped dramatically reduce new cases in what health officials say is a major step towards defeating the deadly disease.

Since it was launched about a month ago, the operation has doubled the number of ambulances for patients in the densely populated west of Sierra Leone, the worst-affected country where more than 3 000 people have died.

Police halt vehicles at checkpoints in the tumbledown streets to check temperatures, while posters proclaim in the local Krio language: “Togeda we go stop ebola.”

As a result, transmission of the haemorrhagic fever has slowed sharply in the West African country, which has recorded more than 10 000 cases since May. There were just 184 new cases in the week to January 11, the lowest in five months.

More than half of the beds in treatment centres across Sierra Leone are empty in stark contrast to a peak in November when centres in Freetown overflowed, patients waited days for ambulances and bodies were left unburied or interred secretly in backyards.

This has prompted President Ernest Bai Koroma to say he believes his government – helped by the nearly 800 British soldiers and more than $450-million in foreign aid – can stamp out Sierra Leone’s last case by the end of March.

Some health specialists and aid workers are more cautious.

They hope the success in Freetown and its environs is a big step towards beating the epidemic, which has killed more than 8 400 people, now that Liberia and Guinea appear to have stabilised, but are wary of calling the end of an outbreak that last April seemed to wane in Guinea, only to return ferociously.

“The Sierra Leone problem is turning the corner. I think we’ll get close to zero there by March so long as there are no surprises,” said Philippe Maughan, senior Ebola operations manager at Echo, the European Commission’s humanitarian aid branch.

“But … there will be cases popping up here and there over the next six months to a year and we’ll need to snuff them out.”

A jingle is played repeatedly over loudspeakers at the command centre: “Ebola go, we don’t tire!”

Freetown’s main Kingtom cemetery has been expanded and highly contagious bodies are buried in deep graves within 24 hours according to strict protocols to prevent transmission.

Burials are important in West African culture, with mourners often touching the corpse in intimate, spiritual farewells to their loved ones. Ebola spreads through contact with the bodily fluids of infected people or the bodies of those the virus has killed.

The Ebola centre has noted pockets of resistance in the capital, which officials attribute to mistrust of authorities owing to the weak response before the surge.

In one home in the Devil Hole neighbourhood outside Freetown, where a nine-year-old boy was taken away by medics, relatives said he caught Ebola from malaria drugs handed out by the government.

“The challenge is this last small group of people who aren’t changing their behaviour,” said Joanna Reid, head of Britain’s department for international development in Sierra Leone. “That’s the last mile.”

Aid workers say overcoming misperceptions and changing behaviour was critical to breaking transmission chains in rural hotspots such as Kailahun, where case counts have fallen to zero. The same must now happen in Freetown, they say.

Some are taking matters into their own hands, such as Ebola survivor Mohamed Mansaray (61), who lost six family members to the virus in the fishing village of John Thorpe on the outskirts of Freetown.

“People were attributing the deaths to witchcraft, that’s why people died,” Mansaray said, sitting on a bench beneath a mango tree. Calling himself an “Ebola evangelist”, he goes from house to house trying to educate locals about the disease.

In a sign of change, John Thorpe residents are starting to bring their sick to a new centre built by charity Oxfam.

Cultural values
It has proved more difficult to change attitudes in Freetown than in rural areas, despite a high case density in the city of one in around 300 people, a factor that would normally increase awareness.

A November survey showed that less than half of respondents in and around Freetown had comprehensive knowledge of Ebola, the nation’s lowest level.

“In Freetown, many live roaming lives so the possibility of transmitting correct messages is lower than in rural districts,” said British anthropologist Paul Richards, who has 30 years of experience in Sierra Leone.

He said some people resisted because stopping transmission involved attacking key cultural values: “You have to abandon some of the basic features of being a good person: visiting the sick and doing the decent thing for the dead.”

In a positive sign, the percentage of corpses picked up by burial teams around Freetown testing positive for Ebola has dropped below 10%, compared with 30% before the surge, as families report suspected cases for treatment earlier.

There is still much to be done. There is not yet a central database of Ebola contacts and there are only nine contacts for each Ebola case versus an average of 10-15 for Liberia.

Even if contacts are established, officials often get lost searching a country with no postcodes and where street numbers are often not sequential.

Nerc needs approval from partners such as the World Bank to allocate budgets, a safeguard against embezzlement.

“Let’s say I need food to quarantine a community. It can take two weeks,” said Sisay in an interview interrupted every few minutes by demands from medics and local chiefs.

Since Guinea’s outbreak began in December 2013, officials have become aware Ebola can rear up from a single imported case, as occurred in Mali in October.

Koroma now wants to decentralise the Ebola response to handle isolated rural cases. But in a densely forested country where less than 10% of the roads are paved, it’s difficult to get patients in the “wet phase” – vomiting and sometimes bleeding from the eyes and ears – into care.

“We are getting there,” said Karline Kleijer, operations manager for medical humanitarian aid organisation Medicins Sans Frontieres in Sierra Leone. “Major steps have been made, but we still have a long way to go.” – Reuters, additional reporting by James Harding Giahyue and Kate Kelland