SAG Awards: Debbie Reynolds says she ‘ain’t down yet’ 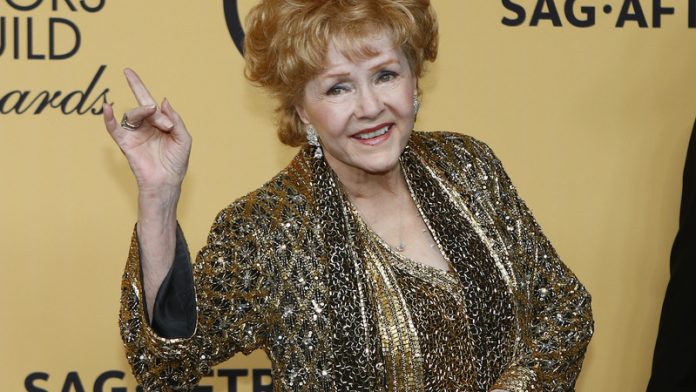 Debbie Reynolds, the peppy star of enduring Hollywood musicals like Singin’ in the Rain, accepted a lifetime achievement award from the Screen Actors Guild on Sunday with a few parting words after more than six decades on screen.

The 82-year-old was both roasted and celebrated by her daughter, Star Wars actress Carrie Fisher. Reynolds, known for her wholesome looks, starred alongside Gene Kelly, Frank Sinatra and Fred Astaire in cheery song-and-dance musicals of the 1950s and 1960s.

Thrust into show business at the age of 16 in 1948 when she was spotted at a beauty pageant, Reynolds said she had entered on a lark. Her screen debut was with Astaire in the 1950 musical Three Little Words.

“This is an extraordinarily kind, generous, gifted and funny woman who would give you the shirt off her back, if Vivien Leigh hadn’t worn it in Gone with the Wind,” Fisher said of her mother, a big collector of Hollywood memorabilia. Reynolds was honoured for her achievements as an actor, singer, dancer, and for her efforts to preserve film history, as well as for her humanitarian work, which includes a charity to help fight the stigma of mental illness.

“I had the best,” Reynolds said of her teachers, Kelly and MGM studio boss Louis B. Mayer, while reflecting on her 66 years in show business. After musicals fell out of favour in the 1960s, Reynolds shifted her career to Broadway, television and a stage show in Las Vegas. Her most recent role was as late pianist Liberace’s mother in HBO’s 2013 biopic Behind the Candelabra. Reynolds was married three times.

Her first husband, singer Eddie Fisher, famously left her for her friend Elizabeth Taylor. She told the star-studded audience that Singin’ in the Rain, was her favuorite film, but then later also called The Unsinkable Molly Brown her favourite. “In that movie I got to sing … a song called I Ain’t Down Yet. Well, I ain’t.” (Reuters)

Following are a full list of winners in film and television: