Stage fright to success: Zapiro on 21 years with the M&G 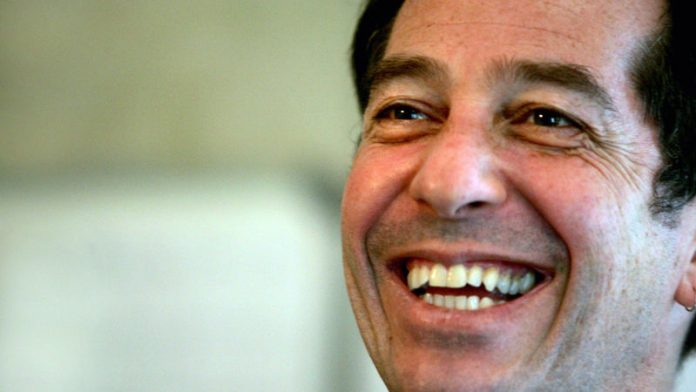 One day in January 1994 I had to pinch myself when I got a phone call inviting me to become the editorial cartoonist for the Weekly Mail.

This coveted position had earlier been occupied by the great Derek Bauer, in my opinion the most powerful graphic cartoonist this country has seen. His shoes were hard to fill, but I knew that what editors Anton Harber and Irwin Manoim were looking for was a different kind of political analysis that they hoped I had in me.

Though I had done editorial cartoons before (two a week for South between 1987 and 1988) and had since studied media arts in New York, where I had also done a weekly cartoon for a rising newspaper, the occasion of my first Weekly Mail cartoon got to me – big time.

I got stage fright, stayed up all night, tried to cover all bases and ended up producing a lemon of a debut cartoon. All very embarrassing, but luckily it just took that one false start – look it up if you like, I’m certainly not jumping to republish it – and I was on my way.

I relished the next few weeks, producing cartoons I’m still proud of and settling in quickly with the paper.

February to April 1994 marked the run-up to our first democratic election, and Madiba was in full bloom, Gatsha (Inkatha Freedom Party leader Mangosuthu Buthelezi) was stalling and collaborating with the renegade forces of apartheid, Eugene Terre’Blanche’s rightwingers were on the move until they got their butts kicked in Bophuthatswana and the election was on a knife-edge.

It was fertile ground for a satirist and after the election it continued to be so.

As the paper became the Mail & Guardian, it was the perfect platform to produce challenging cartoons that veered between idealism and scepticism. I always felt I had the chance to be edgy and have a strong dialogue with my editor – and there have been many over these two decades.

My editors have backed me through legal challenges but because the editor’s role is somewhat different from the cartoonist’s role, there have occasionally been editorial apologies for my cartoons that I would rather not have seen. I suppose that’s to be expected, though, if one is pushing the boundaries as hard as possible.

I’ve been called insensitive, an ANC hack, a Democratic Alliance hack, a self-hating Jew, an Islamophobe, anti-Christian and a lot more besides. I’ve also received affirmation of all sorts.

I’ve learned to take criticism and praise without being thrown too much off course. The Mail & Guardian has played a huge role in the body politic in this country. I feel very lucky I’ve had a voice here for 21 years.

This can be done by making the project’s 30% of the budget for local broad-based black economic empowerment a separate budget to break the feedback loop that greases the wheels of patronage.
Read more
Coronavirus