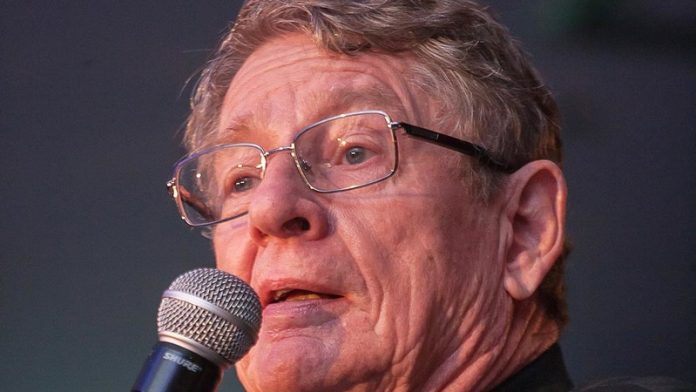 Literary giant and award-winning author André Brink was one of the world’s greatest writers, NB Publishers said on Saturday.

“André was one of South Africa’s greatest writers, indeed one of the world’s great writers,” CEO Eloise Wessels said.

“His academic and literary achievements speak for themselves.”

NB Publishers, who published all of Brink’s Afrikaans novels under its Human & Rousseau imprint, confirmed that the author died.

Brink died on Friday night at the age of 79. He was aboard a flight from the Netherlands to Cape Town at the time. He was returning from Belgium after receiving an honorary doctorate.

“Quest for answers”
Wessels said while Brink was making his acceptance speech at the University of Louvain earlier this week, he spoke about the necessity of continuously questioning everything.

She said in his speech, he spoke of moving “into the shadows of uncertainty” in the quest for answers.

“He said that the adventure of this search lay in not knowing whether one would find answers, and if there were indeed answers not knowing what they were,” she said.

“That is how he lived and that same search underpinned all his writing.”

“He will be remembered for his contribution to the fight against apartheid and for highlighting contemporary social issues in democratic South Africa through his writing,” spokesman Marius Redelinghuys said.

“On behalf of the DA, I send condolences to his friends and family and wish them strength in this difficult time.”

Redelinghuys said Brink was one of the key figures in the Afrikaans literary movement known as Die Sestigers (The Sixty-ers).

“These writers used Afrikaans as a language to speak out against the apartheid government,” he said.

“Prof Brink was also the proud author of the first Afrikaans novel to be banned by the apartheid government.” –Sapa