Astro-toursim: Chile lures earthlings with an eye on the sky 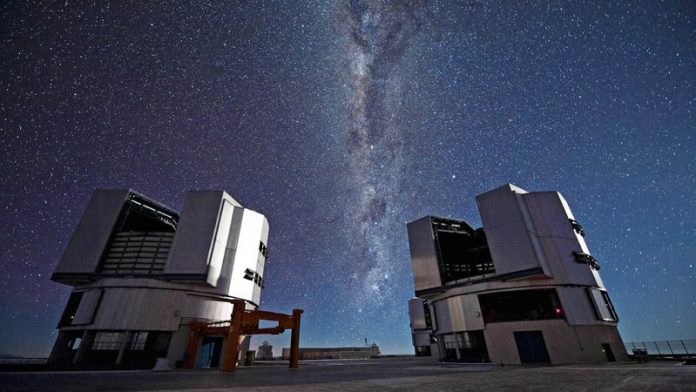 Midnight in the desert. With a group of eight, I am huddled around a tele­scope 150 times stronger than the naked eye, staring at the night sky. From a dazzling mass of stars, we zoom in on individual pricks of light: a single star, a double, a nebula, a cluster, even a galaxy. We head outside and look up – constellations emerge from the crowded heavens, sketched out for us by a powerful laser.

Dark sky reserves have sprouted up everywhere from Northumberland to Namibia. But for the ultimate stargazing experience, the Atacama Desert in northern Chile has the clearest night skies on Earth. It is high, very dry and unpolluted. Several top-level observatories have set up home there, and tourists are hot on their tail.

“Astro-tourism is completely new,” says Bill Dent, an astronomer who has worked in Chile for six years. “You didn’t get it 10 years ago.”

An increasing number of night-time tours cater for this newfound interest, including the one I’m on, run by Tierra Atacama and based in the oasis town of San Pedro de Atacama. But for real astronomy buffs, there is a new attraction that is even more exciting. The revolutionary Alma observatory, the world’s largest astronomical project, opens for tours next month.

Alma captures star and planet formations billions of light years away, so you are viewing the dawn of the universe. Using an array of 66 antennae that together make up the equivalent of a 16km-long telescope, it can uncover details with at least 10 times more resolution than the Hubble space telescope.

The drive to Alma HQ, 32km northeast of San Pedro, winds past spiky cardon plants and wild donkeys. Soon, the land has a red tinge, pocked with craters and crevasses, and the Liscar volcano smokes on the horizon. It’s as if you have arrived on Mars.

Cutting-edge science
The public tours will take place at the operations support facility, at an altitude of 2 900m, where a visitors’ centre is being built. Guests will also visit the laboratory and control ­centre, and the hangar where the antennae are made and repaired.

As this is a radio telescope, not an optical one, there is no night-time stargazing at Alma – you come here in dazzling daylight to be wowed by the scale, the site and the cutting-edge science. And don’t expect to get up close and personal with the telescope.

Visitors won’t ascend to the Chajnantor plateau at 5 000m, where most of the antennae are sited – and for good reason. I’m allowed up, under strict medical supervision, only to be rushed straight back down, linked to an oxygen canister, when the altitude took its toll. (Oxygen saturation levels must be more than 80%; mine plummeted from 96% at 4 000m to 68% at 5 000m.)

Still, there is plenty to see at the support facility, and the views over Chile’s Valley of the Moon are spectacular. Dent is convinced the tours will be popular. “Astronomy is fun for more people than particle physics is. Everyone can look up at the sky. It has an immediate appeal, especially for kids.”

The desert’s natural attractions
In San Pedro, you can visit the wonderful little Meteorite Museum, housed in two geodesic domes. All the meteorites on display were found in the desert and you can even touch some of the four-billion-year-old rocks.

The town is a gateway to many of the desert’s natural attractions. I visit the El Tatio geysers, a sunrise spectacle of erupting water, steam and hot volcanic mud, and take a dip in the thermal pools. Then there are the salt flats, the lagoons, Death Valley, the flamingo reserves …

No need for a telescope
Chela Cabur is the best bar (really the only bar, because at all the others you have to order food). It is decorated with football shirts and vintage film posters, and only serves beer; the micheladas (beer with lemon juice and salt) are medicinal on a hot day. Ayllu is a good spot for dinner. You can sit in the courtyard around a brazier and eat llama a la pobre – fatty, tender llama meat on the bone, served with chips, fried eggs and onions. For a twist on the Chilean (and Peruvian) national drink, try a rica rica cocktail – a pisco sour topped with a fragrant desert herb.

There are scores of places to stay, from dirt-cheap hostels to seriously luxurious hotels. Hotel Altiplanico is on the deluxe end of the spectrum, but without the sky-high prices. It is designed like a traditional village: my room is an adobe hut with a straw roof, a sunny terrace and an outdoor shower. At night, the grounds are deliberately dimly lit. I don’t need to be armed with a telescope or up a mountain – I simply sit on my terrace and marvel at the peerless Chilean night sky. – © Guardian News & Media 2015

LONG READ As the world was overtaken by upheaval last year, one photo emerging from the uprisings depicts...
Read more
Politics