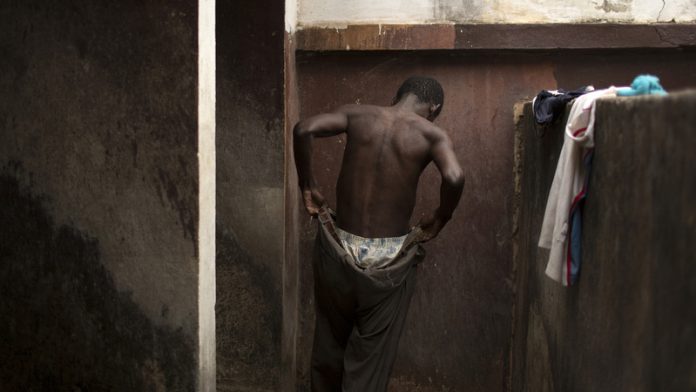 Bra Chicks Lebelwane is a big man with a greying mousetail beard trimmed to grow under his lower lip. From time to time he walks the streets of Pretoria’s township of Mabopane, dressed to kill in expensive suits and two-tone shoes.

Some people exude such an aura of dignity that no amount of words – written or spoken – can describe it.

Such is Bra Chicks, who continues to be enlisted by locals to talk sense into their wayward offspring, or advise the elderly about issues ranging from arthritic toes to problems with the registration for social grants.

I, for one, heard about Bra Chicks long before I met him.

I chanced upon the man-about-town after his younger brother, Bra Satch, asked me to transport them to the recent burial of Bra Chicks’s mother-in-law in neighbouring Ga-Rankuwa.

During the short trip from Mabopane to Ga-Rankuwa, Bra Chicks spoke with compassion about his concern for young offenders, and how society could help to rehabilitate them.

He lamented the fact that many of these youngsters were nudged into crime by lack of proper parenting, in particular because of absent fathers. He said older inmates also had a duty to offer proper guidance to the young ones.

He went on about how those of us in my car should adopt a young offender and help rehabilitate and reintegrate these youngsters into society, as soon as they had served time.

Later, on the day of the funeral, I observed that his in-laws were emotionally dependent on him for guidance and comfort.

Some family elders even suggested that, with the passing of his mother-in-law, Bra Chicks should play the role of patriarch and continue to care for the deceased old lady’s grandchildren.

Also at the funeral, Bra Chicks got into a long conversation with a man who came across as someone with great authority – at church or elsewhere.

Bra Chicks even asked if he could leave us for a while, to accompany this other man to the cemetery in his car, so he could sell him the idea of adopting young prison inmates.

It turned out that the man who exuded so much authority was a senior correctional services official, a long-lost friend of Bra Chicks.

As we were about to depart from Ga-Rankuwa, the popular township kleva nicknamed Baluba, dressed to kill in a beret and two-tone shoes, approached the car to shake hands with Bra Chicks.

Baluba stood eyeball to eyeball with him and declared: “Groot man, [big man] we are not going back to ander kant.”

Bra Chicks tightened his grip on Baluba’s hand and replied: “We are not going back there, my laaitie [youngster].”