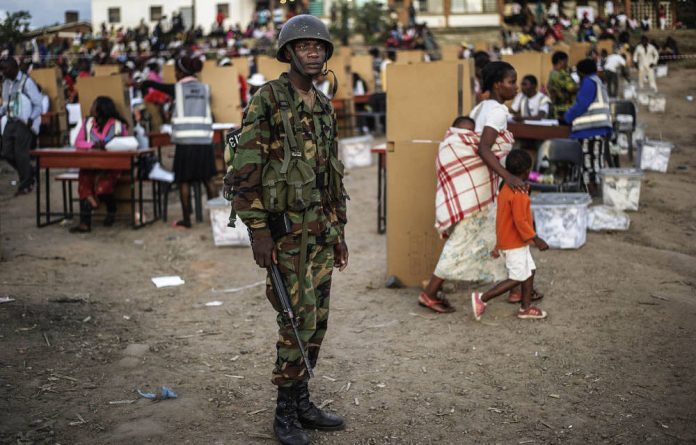 A British government-funded forensic audit has provided hair-raising new details of Malawi’s Cashgate scandal, suggesting that it may have cost the government nearly twice as much as initially thought, and deepening suspicions that much of the money was used for electioneering.

The latest report by United Kingdom-based auditors Baker Tilly, which was leaked to ama­Bhungane, indicates that at least 24?billion kwacha (about R540?million) was paid to 202 individuals by government departments, particularly the police and army.

This includes about K8.7?billion said to be “at risk” – including questionable foreign exchange transactions and payments to the Malawi police that lie outside the scope of the audit.

The report suggests that the theft had been going on for years but reached a climax in 2013, in the build-up to the presidential and parliamentary elections in May last year. The government is also investigating fraud cases amounting to K92?billion that it believes took place before Cashgate.

The auditors say their inquiry suggests “the proceeds of Cashgate may have been used to support electoral campaigns, though it is not possible to confirm the source of the funding”.

It says nine individuals who received government money, either directly or through close relatives, without providing goods or services, were listed by the Malawi Electoral Commission as election candidates.

Political connections
Four of them, all linked to former president Joyce Banda’s People’s Party (PP), received about K8?billion between April 1 and September?30 2013.

The alleged looting reached fever pitch between August 30 and September 6 2013, when K2.3?billion was withdrawn, amounting to 32% of the total withdrawals. About a third of this amount was cashed on a single day, September 5.

One of the principal beneficiaries, the report alleges, was the PP’s former recruitment director, Oswald Lutepo, whose companies accounted for K4.4?billion of the total.

Lutepo was fired by Banda after the scandal broke and ran unsuccessfully as an independent candidate. He would not speak to amaBhungane about the latest revelations, saying through his wife that he is ill.

Four candidates from other parties also received government cash, but on a much smaller scale. Three Malawi Congress Party candidates received a total of K88-million, and a Democratic Progressive Party candidate landed K36?million.

In their latest report the auditors examine 48 companies allegedly involved in the scandal, having looked at 16 in the initial probe. It follows earlier findings, released by the government following media pressure in February last year, indicating that the scandal had cost the Malawian government about K13?billion.

Banks fingered in the scandal
The report suggests that the companies were in league with officials of Malawi’s eight commercial banks who are said to have processed suspicious transactions, and with senior staff in the accountant general’s department who allegedly rubber-stamped government payments.

It shows that the scam was based on over-invoicing, double payments and payments for items that were not supplied or for which there was no supporting documentation.

A total of 32 cheques worth K1.3?billion were paid to 18 companies without supporting evidence, K3.8?billion flowed from inflated procurement prices, and the sum of K1.9?billion related to payments for which there was no evidence of goods or services being provided.

Eight businesses were identified as opening new bank accounts or reopening dormant accounts and within three months depositing at least one cheque, with no supporting records or evidence of supply available.

One company received its first state contract two months after allegedly being registered – despite no company registration particulars being found and no evidence of a due diligence, supply history or tendering. Many suspect transactions were deleted from the government’s integrated financial management system.

The auditors discovered evidence suggesting that fraudulent cheques were written out in large, sequential batches on 22 dates between April and September 2013.

They advised the government to claw back irregular payments “with immediate effect”. However, very little seems to have been done to recover the money.

Findings damaging
The findings are particularly damaging to the accountant general’s office, where six officials, whom the report names, are singled out as having signed the 104 Cashgate cheques. Three of them approved 65% of the payments.

The auditors say they could find no documentary evidence “which would help determine the legitimacy of these transactions”, and ask why civil servants who signed multiple cheques to the same businesses over a short period failed to raise the red flag.

The report finds that the six officials breached their fiduciary duty under treasury instructions, and calls for legal and disciplinary steps to be taken against them.

They were briefly arrested last year and released on bail, but there appears to have been little further development in the case.

Banks criticised
The banks also get a hammering, with the auditors finding that they suffered from “significant control failures”.

Particularly in the spotlight is Standard Bank, which processed K3.8?billion of the Cashgate payments – a much larger sum than any other institution.

The auditors point out that Lutepo’s O&G Construction withdrew K150?million on a single day from Standard Bank’s Balaka branch.

As this is a regional operation in an area with low commercial activity, the scale of such a transaction would have been unusual.

The auditors say internal mechanisms such as paywalls and passwords were overturned, probably as a result of management overrides.

They found that the withdrawal of large sums of cash, particularly Malawian kwacha, and the resources required to transport such large sums should have raised suspicions among bank staff.

The auditors add that they would have expected advance requests for cash to be made to the Reserve Bank of Malawi, “as we understand the amounts withdrawn would have led to some branches exceeding their daily insurance limits”.

Weaknesses exposed
Other control weaknesses included honouring cheques with the incorrect number of official signatories, failure to complete cheque deposit slips and the inability to locate cheque images and supporting documents for high-value receipts and payments.

The banks have also been unable to provide mandates for businesses, and the auditors found the filing of suspicious transaction reports with the financial intelligence unit had been limited.

The report calls for the regulatory authorities to investigate the role of the banks “to assess whether it would have been reasonable to expect [them] to raise concerns at the very large sums of money being deposited and then withdrawn”.

“If it is concluded that the banks had not acted in accordance with banking norms and related legislation, appropriate action should be taken.”

In addition to Lutepo’s IPS and O&G Construction, the auditors identified the main beneficiary companies as:

• Top Prima and Rummage Pace, based in Dubai and Hong Kong respectively, which allegedly received a total of K12?billion.

Their owner, Anil Lalwani, could not be traced for comment this week.

• The South African-based Thuso Group, owned by Alexander Banda and Nelson Kauwa, which allegedly received K1.9?billion. This included K920?million in August 2013 for 5 000 rounds of blank 88mm ammunition at 2.33 times the market price, and for which there was no evidence of delivery.

• Stadal Building Contractors and Image Invest, owned by Stafford Mpoola, which together allegedly landed the sum of K1.2?billion.

Pointing out that the kwacha has a limited tradeable value outside Malawi, the auditors say it is unclear what happened to the cash that was withdrawn.

They point out that the banks issued cash with no recorded serial numbers, making tracing a challenge.

The auditors also uncovered evidence of collaboration among the beneficiary companies and of cash that was moved between them after it was withdrawn. One example of this was a K480?million transfer from Thuso to Lutepo’s company IPS after the ammunition “deal”.

They said these transfers, and the movement of money between different companies under the same owner, suggested “layering” – a money-laundering technique designed to obscure the origins of “hot” money.

The auditors said they had identified 13 transfers of sums greater than K1-million between the different businesses.

“To date no documentation proving these … transfers were for legitimate business purposes has been provided,” the report says.

The auditors recommend that the funds paid to these companies should be recovered.

Only two low-level government officials, both from the energy department, have been convicted in connection with Cashgate.

Standard Bank Malawi spokesperson Thoko Unyolo said she was new in the job and could not comment on the audit findings. She said the bank’s chief executive, Andrew Mashanda, was in a board meeting and could not be reached.