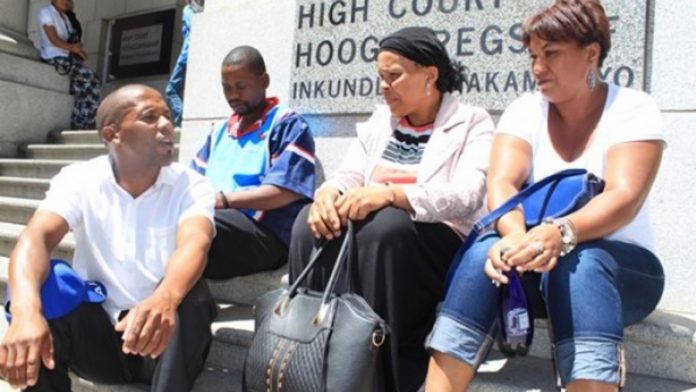 “Under no circumstance can this be allowed in a court of law. We should be appalled by some of the evidence in this matter,” he said.

Katz is appearing on behalf of 15 consumers in the Western Cape high court this week in a bid to have their emolument attachment orders (EAOs) declared illegal on the grounds that they are unconstitutional.

EAOs, commonly known as “garnishee orders”, are court orders that force an employer to deduct money owed to a creditor from a person’s monthly salary.

The action was brought by the University of Stellenbosch’s Legal Aid Clinic (LAC) for the 15 consumers against 13 credit providers and Flemix & Associates, the law firm that facilitated the EAOs.

The list of respondents in the matter include the minister of justice and correctional services, the minister of trade and industry and the national credit regulator as the class action is also intended to rewrite the law on EAOs.

Non-compliance
In a packed courtroom on Monday, Katz requested Judge Siraj Desai to report the legal team representing the creditors to the Law Society for non-compliance with the Magistrates’ Court Act and unfair practices.

“In the Flemix respondent’s responding affidavits, it is clear Flemix chose the courts in Beaufort West, Kimberley, Hankey and Johannesburg. They also give an explanation as to why they do it … Attorney Ms Jordaan says Stellenbosch Magistrate’s Court made irrational requirements which according to her compromised their access to justice. So instead, they went to another court outside the jurisdiction,” he said.

Katz said if there was a serious problem with the court in Stellenbosch, the creditors could have lodged an application in the high court to have the issue resolved.

“Section 45 of the Act is very clear on the jurisdiction constraints. How is it fair practice and within the Act’s requirements for someone from Stellenbosch to have an emoluments attachment order from a clerk of the court in Kimberley?” he said.

Katz also told the court about one of the 15 consumers who is a single mother struggling to cope financially.

“The deductions were almost 50% of her monthly wages … The facts of the other applicants are just as bad. Under no circumstance can this be allowed in a court of law,” he said.

“It is not for the clerk of the court, but for the magistrate who will have to consider all the factors of the case to make a ruling.”

Referring to consumers signing consent to payment forms without knowing what they were signing, Katz said, “I would also question the legality of the consent documents because I find it hard to believe that anyone would waive their rights to put food on the table for them and their children. It is a violation of someone’s right to dignity.”

Commenting on the submission to have a magistrate deal with the EAOs, Judge Desai said it was still important to consider the practicality of implementing it.

“This would require more magistrates to be employed or for the already heavy workload to increase, which is not reasonable. These are things that need to be addressed during this hearing,” he said.

Katz and his legal team are expected to continue argument in court on Tuesday.

Car owners still struggle to pay off their vehicle loans