Egalitarian beats for the streets 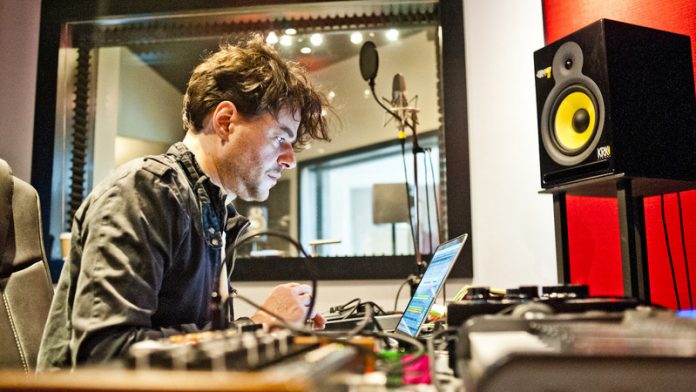 It was certainly a first: being interviewed by an interviewee after finishing the interview with him. Chilean-German DJ Matias Aguayo is not your regular doof-doof DJ, more of a philosopher DJ and a socialist selector. He’s also not one of those detached and overpaid jet-setting international DJs who care as much about local engagement as a pig about hygiene. And he has a delightful sense of humour: Aguayo admits with a self-deprecating chuckle that he learned a fair bit about South Africa, and specifically boerewors, with the help of YouTube.

I met Aguayo at a braai in Johannesburg last Saturday night and we talked ourselves into a state of starvation, followed by a serious raid on the boerewors.

Thanks to a charming South African woman, the highly rated left-field DJ-muso-producer-label boss will be playing in Johannesburg this Friday at the Goethe-Institut’s 20th anniversary party and at Kitchener’s in Braamfontein on Saturday, as well as in Cape Town next weekend.

Aguayo picks up the story: “I was playing at a club in Frankfurt [in Germany] called Robert Johnson last year, and Colleen [Balchin] came up to me and she asked me: ‘Would you like to travel?’ And I said: ‘Yes!’ And I asked her: ‘Where to?’ And she said: ‘South Africa.’?” Balchin and her livewire partner Riaan Botha now have Aguayo out here as part of their discerning Broaden a New Sound party factory.

“At the Goethe I’d like to do an experiment in the sense that I want to show my improvised music – it is like a live performance where I’ll be looping my voice and using some instruments,” the DJ said. At Kitchener’s Aguayo will throw a party as only he can. Watch any of his DJ videos and you can see he enjoys the party as much as – if not more than – his fans.

His goofball house and techno record label Cómeme, described as, “for want of a better word, weird”, is known for throwing surprise street parties. These BumBumBox parties with the label’s Latin American musicians and DJs are raucous affairs. “With the music on the street you want to convince some passers-by to dance – you can’t play a music that only a certain group of people understands.”

Aguayo feels uncomfortable when music is only catering for a clubbing elite. “For me, even the DJ booth is like a pulpit and you have somebody who has power over the bodies who are moving on the dance floor and he may make one specific move and everybody will raise their hands – and this can remind you of very dark chapters in history.

“I think there is more of an authoritarian way of DJing and then there is a way that is more to do with the communication and the togetherness.”

How do you achieve the latter?

“I don’t know; it is nothing you can do consciously … I like to feel that I’m dancing with the people. I can’t explain this … some DJs don’t even communicate with the audience. For some this is super-cool because they have this distance. For me, it is more fun to have the microphone on and to interact.”

Aguayo was born in Chile in September 1973 – the month the hated general Augusto Pinochet grabbed power in a violent coup, overthrowing the democratic government of socialist Salvador Allende.

Two years later, his left-wing activist parents fled with young Matias after Pinochet’s murderous right-wing thugs tortured his dad. During the 17 years that Pinochet ruled, at least 3?000 people disappeared or were killed and 35?000 were tortured.

The Chilean left-wing diaspora didn’t move to only one country. There are no big Chilean communities anywhere, except for Sweden, Aguayo tells me. Some went to Germany, some to France. “That my family went to Germany was just coincidence – they applied to many countries and Germany’s was the first letter to come back.”

His parents never went back, even when Chile attained democracy in 1990. “They came to Germany when they were young – they were 25 – so there was no prospect of going back, so they established their lives and they stayed there.”

Like South Africa, Chile also had a national truth and reconciliation commission – theirs documented in 1991, in its final report, 3?428 cases of disappearance, killing, torture and kidnapping, including short accounts of nearly all victims whose stories it heard.

Ten years later a Chilean academic – who, like Aguayo’s father, had been tortured in Chile in September 1973 – made a shock revelation. Then a student, Felipe Agüero had been arrested for having leftist pamphlets in his car five days after Pinochet’s military coup, according to a 2001 New York Times article.

At the National Stadium in Santiago, a hood was put over his head and he was stripped, burned and beaten, he told the paper. When his captors allowed him to dress, the hood came loose for a moment, and he caught a glimpse of one of his torturers, Emilio Meneses.

Fifteen years later, Agüero, by then a professor, was at an academic conference in Santiago. Among the professors at the table, Agüero said, was the face he had seen that night: that of Meneses. “I never forgot that face,’’ Agüero told the paper.

He debated for years about what to do. He ran into Meneses frequently at subsequent academic conferences but avoided contact, overcome with shame and fear.

Agüero finally sent a letter detailing the accusations to Meneses’s university, which landed in the Chilean media. Meneses was eventually forced to resign from his academic post, according to the Santiago Times. The Agüero-Meneses case opened Chileans’ eyes to the horrific truth that torturers walk among them, said that paper.

It also led to catharsis for the DJ’s dad. “My father recognised his torturer in a newspaper about 10 years ago – actually, this torturer was a professor at a university,” Aguayo told me. “The dictatorship had many volunteers – there were extremely right-wing people who wanted to participate in the oppression.

“His [Meneses’s] photo appeared in the newspaper and my father recognised him – so he went back to Chile to testify against him.

“It was around 2000. There was this amnesty in Chile. He can now be publicly called a torturer, but it also means he won’t go to prison. It was a very intense confrontation with the past. For me it was also crazy because I know the story of what happened to my father, but I never wanted him to explain to me exactly what happened to him – you don’t want to remind a person of all the details.”

Aguayo went with his father to Chile to support him during the court case. “He was asked in court to give all the details and he was also interviewed by a lot of newspapers. Although my father told me about the electroshocks, the whole detailed story came out: electroshocks, sexual humiliation, always their faces covered and beatings, and the strategy of trying to find something out about you without really wanting to know something, which is taking you to the lowest level possible.”

His father had been a chemist working for a company that produced toothpaste. “It was absurd stuff. His torturer would ask him: ‘Why is Fidel Castro using this toothpaste?’ … and stuff like that. Just excuses for them to be violent.

“For me, it was very intense – I could understand more things. I used to think about my parents in a certain way, but many of their behaviours or choices in life were because of this experience – and I became a little bit more aware of it. I became more understanding of them.”

Aguayo says he has always been keen to come to South Africa. “I was always curious about this country. On the one hand, the whole musical part of this country – I felt very close in a way. And also about my upbringing – obviously growing up in a leftist family in the 1970s and 1980s topics like South Africa and Nicaragua, and so on, were always present, so there was always an identification.”

About 10 years ago he became friends with a London-based South African musician, Lerato Khathi. Together they did an infectious dance song called Pata Pata – her doing the vocals, him doing the beat.

But it was a nice ’n sleazy Bacardi house video for a track called Vorosso (wors) that got him going. “In every second video of South African house music, there were people grilling –this one was only about this sausage. And I’d ask Lerato: ‘What about this sausage?’ There’s a shop in London where they sell boerewors, and I bought it, she cooked it for me – we had that and this white thing.” Pap? “Yes, pap, and she made a sauce.”

He chuckles and says: “Some of the South African knowledge I have comes from these videos.”

DJ Matias Aguayo learned about the land of pap and wors through YouTube.