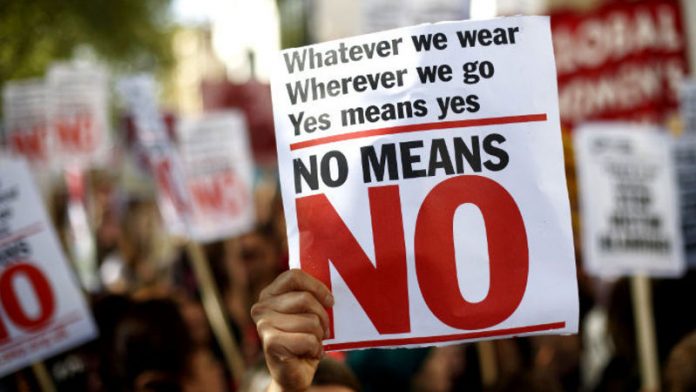 NDTV broadcast a blank screen with only a flickering lamp in the background for an hour from 9pm to 10pm on Sunday, when it was due to have shown the documentary, India’s Daughter, to mark International Women’s Day.

The channel has made no public comment about the ban, but its editorial director Sonia Singh tweeted ahead of the protest: “We won’t shout but we will be heard”.

India obtained a court order banning the film, which included an interview with one of the convicted rapists, Mukesh Singh, on Tuesday on the grounds it risked fuelling public anger.

Home Minister Rajnath Singh said comments in which Singh blamed the 23-year-old victim and said she should not have been out at night were “highly derogatory and an affront to the dignity of women”.

‘Powerful’
The ban triggered a storm of protest in India, and many people welcomed NDTV’s move.

“Well done NDTV for deciding to go off air for one hour … Very innovative and powerful,” Rifat Jawaid tweeted.

“Wish I could post a blank tweet in solidarity with NDTV’s protest,” tweeted Tushar Gandhi, the great-grandson of India’s independence hero Mahatma Gandhi.

India’s Daughter, by award-winning British filmmaker Leslee Udwin, was due to be shown in seven countries including India and Britain on Sunday.

The BBC brought forward its showing of the film to Wednesday after India announced its ban, citing intense public interest.

The father of the victim, who died of injuries sustained during the shocking attack in 2012, has said everyone should watch the documentary, which showed “the bitter truth” about attitudes to women in India.

‘Violated’
Officials at the jail where Singh is being held said they had asked the BBC not to show the documentary, claiming Udwin had violated the terms of the agreement allowing her to interview the prisoner.

But Udwin said Monday she had complied fully with the agreement.

India’s Prime Minister Narendra Modi, a vocal champion of women’s rights in India, has so far made no comment on the row.

On Sunday he urged an end to all forms of discrimination against women, tweeting that “our heads hang in shame when we hear of instances of crime against women”. – AFP