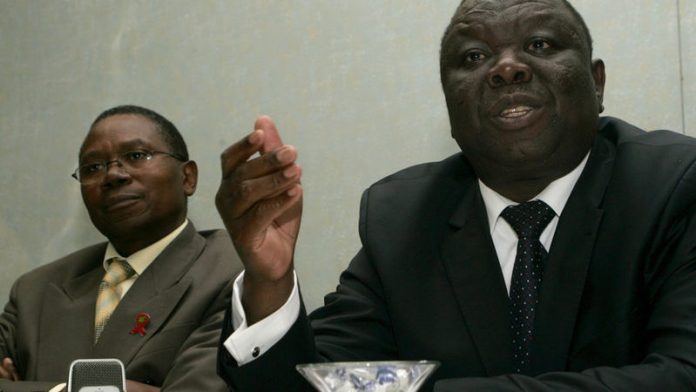 “We heard he was abducted from a hair salon and driven away in an Isuzu vehicle by five unknown men,” Tsvangirai said at a news conference in the capital. “We are in no doubt as to the perpetrators of this abduction. We hold [President Robert] Mugabe and his regime responsible for this morbid and senseless act.”

He called for a full investigation and for the arrest of the culprits behind the kidnapping. Police spokesperson Charity Charamba could not comment on the case.

Tsvangirai, who was once part of a power-sharing government with Mugabe, said his party feared “the worst” as previous activists who were reported kidnapped were later found dead.

“The circumstances of Dzamara’s abduction are very familiar to the MDC family, which has lost many cadres in similar circumstances,” he said.

No arrest for crimes
Tsvangirai said that ahead of the troubled Southern African nation’s 2008 elections, “many MDC activists were maimed, raped or murdered and seven years later, no single arrest has been made in connection with the crimes … In an almost similar script, Dzamara is abducted in broad daylight and that is why we fear the worst.”

The veteran leader, who turned 91 last month, has ruled since the country overthrew white minority rule in 1980. Activists from Mugabe’s Zanu-PF party beat Dzamara up during one of his protests. “We all know that Dzamara has been leading public but constitutional protests against the government, for which he has previously been brutally attacked by state security agents,” Tsvangirai said. – AFP