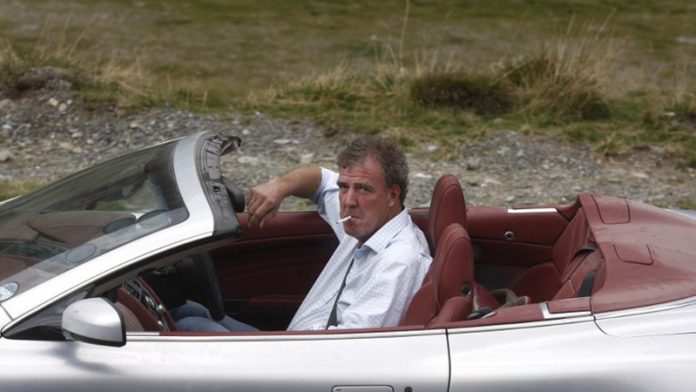 The BBC said on Tuesday it had suspended Jeremy Clarkson, the controversial host of popular motoring programme Top Gear, after he was involved in a “fracas” with a producer.

The outspoken 54-year-old presenter helped the show become the most-watched factual TV programme of all time, according to the Guinness World Records, with 350-million viewers a week in 170 countries.

But he was on his final warning after a string of controversies, including accusations that he used racist language.

“The incident is believed to have happened last week, but was reported to the BBC on Monday and dealt with on Tuesday,” she said. “The next two episodes of Top Gear will not be broadcast and it’s understood that a third programme, the final of the series, is unlikely to be transmitted.”

The Radio Times magazine said Clarkson was being accused of aiming a punch at a male producer in the incident.

The broadcaster had earlier said “the BBC will be making no further comment at this time.”

Petition
No sooner had the suspension been announced than fans of Clarkson set up a petition to the BBC to reinstate him.

“We the undersigned petition the BBC to reinstate Jeremy Clarkson. Freedom to fracas,” said the online appeal at www.change.org, which quickly gained more than 122 000 signatures.

“I’m signing because Clarkson is a superb presenter and Top Gear is without doubt one [of] the BBC’s better programmes. The viewing figures support this,” wrote one supporter named Peter Maxwell.

“I pay my TV license to ensure that irreverent people can express themselves,” said another named Veronique Favreau.

As the story made the front pages of most British papers Wednesday, Clarkson tweeted: “Sorry Ed. It seems I knocked your ‘I’m a human’ piece down the news agenda.”

He was apparently referring to a BBC interview with the wife of opposition Labour Party leader Ed Miliband.

Clarkson in February indicated he might have been unhappy with the show by tweeting: “Wanted: new presenter for Top Gear. Applicant should be old, badly dressed and pedantic but capable of getting to work on time.”

The BBC cancelled the broadcast of the latest episode scheduled for Sunday, in which Clarkson and co-hosts Richard Hammond and James May were to showcase classic cars.

Former England footballer Gary Lineker, who was due to appear as a “star in a reasonably priced car” in the episode, tweeted “I don’t think I’m ever meant to appear on Top Gear!”

Scandals
Top Gear is one of the BBC’s biggest brands and is a major earner for the broadcaster, though it has been dogged by a series of scandals.

The show’s executive producer Andy Wilman described 2014 as “an annus horribilis” after accusations of racism and an incident in which the show’s crew were driven out of Argentina.

Protests broke out there over the number plate of a Porsche, H982 FKL, which was interpreted by some as a reference to the Falklands War between Britain and Argentina in 1982.

Clarkson was among those forced to abandon their vehicles after an angry crowd pelted the crew with stones, but the BBC denied the registration plate was intended as a deliberate provocation.

Most damaging for Clarkson have been accusations of racism while reciting an old nursery rhyme in leaked footage, something the presenter denied.

Britain’s broadcasting watchdog also criticised the BBC in July after Clarkson used an “offensive racial term” in an episode on Myanmar.

Regulator Ofcom said Clarkson’s use of the word “slope” as slang for a person of Asian origin, was potentially offensive and that the BBC had failed in its duty to viewers by broadcasting it.

Top Gear previously got into hot water over its depictions of Albanians, Romanians and Germans, and the BBC apologised to Mexico after the show described Mexicans as “lazy” and “feckless”. – AFP, Staff reporter