SA 2nd on list of African countries with most female MPs 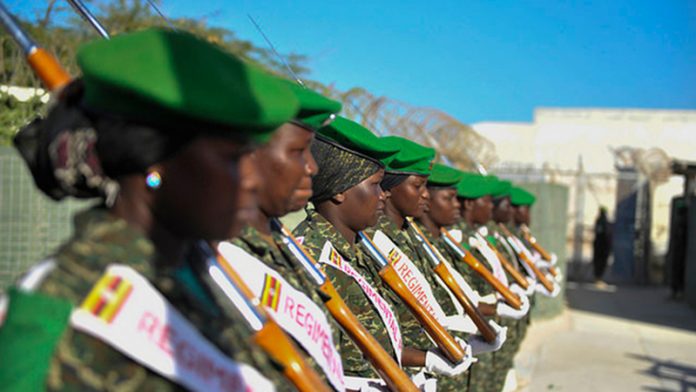 Cape Verde has the highest number of women occupying ministerial positions in Africa with nearly half of its 17 ministers being female, a new survey prepared by UN Women and the Inter Parliamentary Union shows.

With nine women, the island nation is also ranked second globally, after Finland, which has 10 of its 16 ministerial positions occupied by women.

South Africa is the next highest ranked country in Africa, with 41.7%, or 15 of its 36 ministers being female. Rwanda has 11 of its 31 ministers as women, ahead of Burundi, Tanzania and Guinea-Bissau, which all come in among the top 20 positions globally.

Africa has seven countries where at least 30% of ministers are women, on a list that counts 30 nations meeting this threshold, suggesting it holds a quarter of the global representation and making it only second to Europe.

Africa’s biggest economy, Nigeria, has 7 of 29 ministers as women, the same representation as the Central African Republic, and just ahead of South Sudan, which counts five women out of 22 ministers.

Djibouti fares worst, with only one woman of 19 ministers, while Sierra Leone has only two female ministers out of 29. Sao Tome and Principe, and Equatorial Guinea are also among the poorest performers in terms of gender representation. The latter has only four women in its 48-member cabinet.

Malawi was the African country that saw the largest decrease in women ministers.

The number of female government ministers jumped from 670 to 715 over the year to January 2015, but UN Women and IPU say this is only 17.7% of all ministers.

Heads of state
The number of women heads of state and government are at 19, which mirrors a previous peak, while women account for 15.8% of all speakers of parliament, up by only one percentage point.

Rwanda takes the lead globally on the percentage of women in either unicameral parliaments the lower house of parliament, at 63.8%, or 51 of 80 seats.

Seychelles, Senegal and South Africa come in next, rounding up the continent’s representation in the top ten nations globally.

Mozambique, Angola, Tanzania, Algeria, Zimbabwe, Tunisia, Cameroon and Burundi are the other countries which have more than 30% representation in parliament.

Holding the other end of the stick are Swaziland, Nigeria, both Congos, Cote d’Ivoire, Gambia, Mali and Botswana, which have under 10% women representation in parliament.

Sub-Saharan Africa has an average 22.4% of women in a single house or lower parliament, and 20% in an upper house or senate.

Despite these gains the overall picture is however one of a slow pace in bringing women into the public and political space, with the worry being that this could check the new post-2015 global development agenda that will be adopted this year.

While more countries – 48 – have more than 30% or more women members in at least one parliamentary chamber, this is only two more than the same threshold recorded last year.

Also, while women MPs are at 22% at their their highest, UN Women and IPU said “growth was a disappointing 0.3 percentage points, and followed the record level of increase (1.5 points) during 2013, suggesting that the impact of quotas was wearing off.”

But active progress on the pledges made at the landmark Beijing conference of 1995 could help accelerate this pace.

“If today’s leaders front-load gender equality, if they start now to make good on those 20-year-old promises, we can look forward to gender equality by 2030 at the latest,” said UN Women executive director Phumzile Mlambo-Ngcuka.

The Americas have the highest level of women MPs, at 26.4%, while the Pacific has the lowest. – Lee Mwiti

Visit mgafrica.com for more insight into the African continent.

Where are constituency offices in a crisis?

"Duduzane, like Zuma the elder, appeared to believe that he was actually above the commission"
Read more
Africa

I will be a president for all South Africans — Ramaphosa

In the build-up to the election of the president, the DA had intimated that it would put its own candidate, but it was not to be.
Read more
Africa

A dictionary of African politics reveals the witty and insightful political terminology that people in different African countries use.
Read more
Advertising