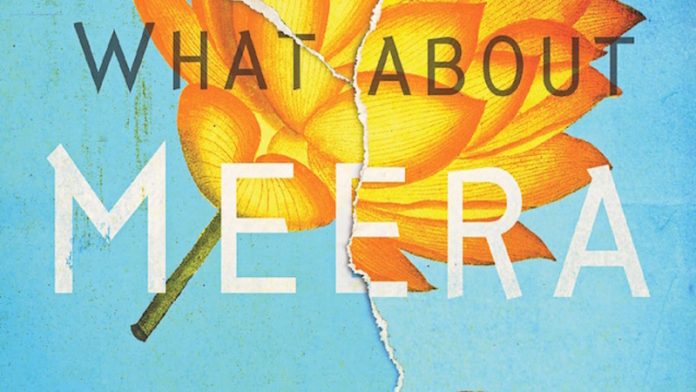 The 2015 edition of the Time of the Writer festival, held at the University of KwaZulu-Natal last week, was themed Writing for Our Lives. As festival project manager Tiny Mungwe explained, it was designed as an exploration into writers who write truth to power and bear witness to the times we live in.

When, in mid-week, author Zainub Dala was assaulted on the streets of eThekwini merely for stating that Salman Rushdie was one of her favourite writers, the theme became poignant indeed. Dala’s assailants called her “Rushdie’s bitch” and the author came to her defence on ­Twitter, declaring the attack ­“disgraceful”.

Mungwe pointed out the irony of the incident happening when “the festival exists in a space that enables the public to discuss and engage with myriad challenging issues, which we believe helps to stimulate tolerance and understanding in society”.

Dala was due to launch her debut novel, What about Meera, at the festival, but cancelled the event after the assault. A few hours later, Malian writer Ousmane Diarra took to the stage and detailed his experiences of receiving threats for daring to urge readers to question themselves. Diarra told of how he had been intimidated by Islamists in Mali for speaking out against the oppression they were imposing on the north of the ­country.

“If you are not strong, they will destroy you,” he said.

Dala’s novel tells the tale of Meera Narain, a 22-year-old woman from eThekwini, who escapes her abusive arranged marriage to run away to Dublin, where she spirals out of control, plagued by alcoholism and ­hallucinations, while attempting to take control of her life.

Speaking on a panel before she was attacked, Dala said she was interested in examining betrayal in her work, especially the marginalisation of women in the home and the secrets they are forced to keep.

On the panel with Dala was Kirsten Miller, whose second novel, Sistermoon, also focuses on betrayal and secrets. The book examines how a father and sister, intent on protecting family bonds, sacrifice the ­interests of a young girl by keeping secret her abuse.

Miller said she was exploring how power, particularly economic strength, is used in a family environment to the detriment of certain members. “Most young girls in this country don’t know that their bodies don’t belong to them,” said Miller.

Nthikeng Mohlele also explores betrayal, abuse and violation in his third novel, Rusty Bell. The book tells the story of the unlikeable Michael, a 48-year-old corporate lawyer, and his wife, Rusty Bell, and explores violations of trust in a relationship.

By flipping the script and blurring the lines, Mohlele forces the reader into a rather uncomfortable place where the boundaries of rape and violation are highlighted. It is also a story dripping in existential despair.

Mohlele said that literature is meant to be uncomfortable and confusing sometimes.

As Michael writes in an email to Rusty, “great discoveries are often born out of catastrophic confusions”.

Debra Primo of UKZN Press, which published Rusty Bell, said that Mohlele’s “controversial” novel did leave the reader with a level of ­discomfort.

“There were heated discussions as to whether to accept the book for publication,” she said. “I really didn’t like the narrator, as a character.”

Mohlele said: “If it’s straightforward it’s boring, that’s why in jazz you have improvisation. As a reader I like writing that is a puzzle – the picture mustn’t be immediately ­presented to me.

“For me, there are a lot of women who experience violations in marriages, where they say: ‘I am tired’ and the man says: ‘You are married to me, come here’. But that doesn’t make it right.

“I don’t subscribe to the patriarchy,” Mohlele told the Mail & Guardian. “I think it is wrong, and it comes out in my character Frank.”

Frank is Michael’s father and, at one point in the novel, while speaking to his son, he says: “We benefited from the misery of our wives, sisters, mothers – because our times enforced their unquestioning ­suffering.”

Betrayal is also a theme at the heart of journalist and historian Jacob Dlamini’s new book, Askari.

Askari tells the story of Glory Sedibe, a freedom fighter who collaborated with the apartheid state. Dlamini attempts to unpack why Sedibe defected from the ANC, while exploring the agency that such ­traitors have when making their decisions.

When asked whether he should be writing “to the revolution”, Dlamini said he was uncomfortable with the “messianic nature” of revolution as some people view it.

“Maybe we should be writing to the revolution with a small r,” he said.

Another book that explores the gut-wrenching legacy of revolution is Mandla Langa’s The Texture of Shadows, which is set in 1989 and follows the story of a bunch of Umkhonto weSizwe comrades in Angola who are on a mission to deliver a trunk containing highly classified information.

The book explores the fight against apartheid, but also the betrayals inherent in that fight, particularly through the use of rape and torture against fellow comrades.

“I have very clearly tried to run away from writing autobiographical stories in my fiction,” said Langa on the closing night of the festival. “The Texture of Shadows is a book that has been with me for over 20 years.

“I have seen some of what I have described and some of it has happened in my own family,” he said. “The book forces us to face some of the uglier circumstances around death, killing and political violence.”

Langa’s brother, Ben, was murdered in South Africa in 1984, with the killers acting on false information planted by the apartheid ­government.

“Fiction helps in telling the kind of stories, which if told in a non-fictional manner would lose a lot of possibilities,” said Langa. “Fiction allows you to give life and voice to the characters of those historical incidents.”

Investigative journalist Mzilikazi wa Afrika, whose memoir, Nothing Left to Steal, gives the reader an inside look at the veteran journalist’s ­exposés, was asked by an ­audience member whether he was not betraying the struggle, in which he played an active role, by exposing black men who had committed corruption.

Wa Afrika responded with an emphatic “no” and said: “A thief is a thief. The corrupt are the ones betraying the struggle.”

Langa was joined on the festival’s last panel by novelist Imraan Coovadia, who spoke about the betrayal of South Africans in one of the most unequal societies in the world.

“What is undoing our democracy?” asked Coovadia. “It is the question we are still trying to answer.

“It is not race so much as a love of inequality,” he said. “We always choose inequality, we always make exceptions to equality.”

Except, of course, for betrayal, which seems to be an equal-opportunity activity and phenomenon in South Africa.