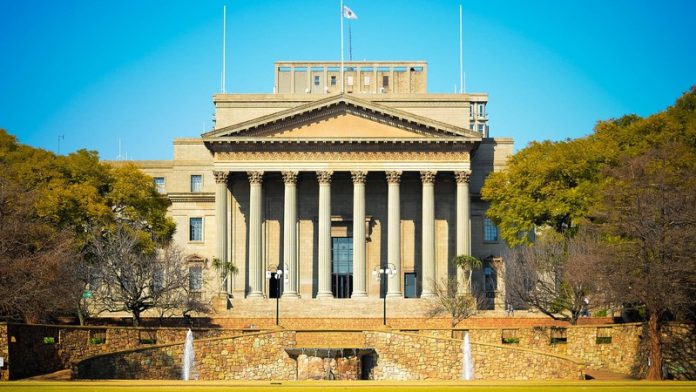 In mid-August a report in South African media said: “New university to be Africa’s ‘rival to Harvard’”.

The first campus, the work of Fred Swaniker, co-founder of the Johannesburg-based African Leadership Academy (ALA), will take in talented but deprived students from across the African continent, it was reported.

Kenya’s Equity Bank, the report said, is supporting the next campus to be set up in Kenya, with other campuses due in Nigeria and Morocco.

Coca-Cola, IBM, Boston Consulting Group and Standard Chartered Bank, among other companies, have partnered with ALA to fund the students who will attend university in Mauritius.

More than 80% of ALA graduates go on to study at overseas universities such as Harvard, Yale and Duke. Swaniker said most students go to universities abroad due to a lack of funding for foreign students’ tertiary studies within South Africa.

A talented student from the Democratic Republic of Congo (DRC) was more likely to get a scholarship from Harvard or Yale universities than from the University of Cape Town or Witswatersrand, Swaniker said.

There is a reason why this story played out in the South African context: foreign students, especially from Africa, have become the bread and butter of South Africa’s universities and the economy of, especially, the country’s richest province Gauteng.

Last year, University World News cited a French government’s campus agency, which noted that there were 380 376 African students on the move in 2010, representing about a tenth of all international students worldwide and 6% of all African students. France was the destination for the greatest share with 111 195 students, or 29.2% of the total.

It would be ironical indeed if South African universities had to worry about foreign competitors because they don’t offer enough scholarships. Their affordable fees, good reputation, proximity to home and government subsidies for students from the South Africa Development Community (SADC) region have enabled South Africa to emerge as a leading university destination for African students, and edge out the UK and US, which had previously dominated in this field.

Since 2007, there has been an 8% increase in international students studying in South Africa. Most of these students come from other African countries. According to data from Higher Education in South Africa there are approximately 68 000 foreign students enrolled in South Africa; 72% of them come from Southern Africa, 17% from the rest of Africa and 11% from other continents.

Since approximately 10% of all students who study abroad are from the African continent, 380 000 in total, that would mean that almost 18% of all African students studying in countries other than their own are currently studying in South Africa.

As more and more students choose to continue their academic careers on the African continent, three main hubs have emerged in the last decade: South Africa for English speaking students, Morocco for Francophone students and Angola for those who speak Portuguese. The fact that South Africa is a politically stable, English-speaking country has given it the edge in making it the Anglophone student hub of Africa, bringing in large numbers of English-speaking Africans.

Further fuelling the increase of African university students in South Africa is the relatively straightforward visa process for potential students, less complex than in Europe or the US. African students intending to study in South Africa must apply for and be granted a study permit. The usual process is to apply for the permit once conditional acceptance from the South African educational institution is received. The study permit usually takes around six weeks to be processed and is valid for the duration of the university course.

In addition, just because you’re a foreign student, doesn’t mean you cannot work while you study. The permit allows students to work part-time, for no more than 20 hours a week.

It’s not all plain sailing though. The study permit cannot be issued based on long-distance or correspondence learning courses. Another issue, as Willem le Roux from Le Roux & Associates Immigration Attorneys explained, is that previous legislation allowed students to transfer a visitor’s visa to a study visa, but this has now changed and students must make their application for a study permit from outside the country.

Le Roux also said that the institutions that students are applying to must now be registered with the accrediting agency, since some international students used to make bogus applications to fabricated institutions in order to stay in the country. This makes it difficult for students applying to study at smaller, specialised schools, such as certain language schools, which may not be registered.

As well as the relative ease in permit applications, another big driver in African student growth at South African universities is the comparatively lower cost of living and more affordable fees than in the West, and available grants and subsidies from the SADC region.

In the UK, for example, students from outside the EU will pay up to four times the fees charged to UK students. Some undergraduates will pay up to $56 000 a year, against a maximum of approximately $14 000 paid by UK and EU students. This contrasts sharply with international fees of approximately $6 800 at the University of Cape Town for an international student on a fulltime undergraduate degree. But they vary too.

For example, on average students enrolling at the University of Cape Town can expect to pay between 38% and 67% more for a year of study than they would at the average South African university.

For students from the SADC there’s even better news: the South African government entered into an agreement with SADC countries under which regional students pay the same fees as local students, and are subsidised by the state.

This partly accounts for the high SADC representation in student numbers.

South African universities are also keeping the international students rolling in by actively targeting their pockets.  The University of the Witwatersrand (Wits), for example, has launched a strategy to increase the number of international graduate students to 18% of the total student body.

As part of its efforts to attract top African graduate students, Wits is offering affordable accommodation, a special fund to support international students, better service delivery from its international office, and a “fee rebate system”, which would see some fees refunded if a degree is obtained within the minimum time.

In addition to these incentives, in coming years South Africa looks set to become an increasingly more popular destination for African students than the usual options offered in the West.

Over the next 10 years Australia will lead the way on growth in international student recruitment, taking in more than 50 000 more overseas students in this period. With around 30 000 new intakes, the UK will be marginally ahead of the US and Canada — but it could well fall behind unless it loosens visa restrictions.

In the UK, EU and international students made up 74% of all students who started taught master’s degrees in 2012-13. The broader figures, however, show a fall in the number of overseas students taking higher education courses in England for the first time in 29 years.

UK and US drop a notch

The UK is now relying more and more on Chinese students to fill the gap — 23% of students studying for MA-level degree courses are from China, while 26% of students are from the UK itself.

There’s a similar situation in the US where, even though the number of foreign students in US colleges and universities grew dramatically from 110 000 in 2001 to 524 000 in 2012, they were not predominantly African. The sharpest increases occurred among students from emerging economies such as China and Saudi Arabia.

The most popular courses included bachelor’s and master’s degrees and English language training. Seoul, Beijing, Shanghai, Hyderabad and Riyadh are the five foreign cities that sent the most higher education students to the US.

Tight visa restrictions, a higher cost of living and improved institutions in alternative countries have meant that Africa’s students are now beginning to look closer to home. Alongside South Africa, new recruiters such as Spain, Russia and Korea are now entering the student market. Malaysia, a developing international hub for education, is a net importer of international students and Japan now hosts over four times as many students as it sends abroad.

The country usually exports 10 000 tonnes of the crop each year. But Covid-19 rules have stopped the trade and are ruining farmers
Read more
Cartoons

The ANC has a solution for cadres: Wait until the next news cycle. Rinse. Repeat.
Read more
Friday