My father raped me for eight years 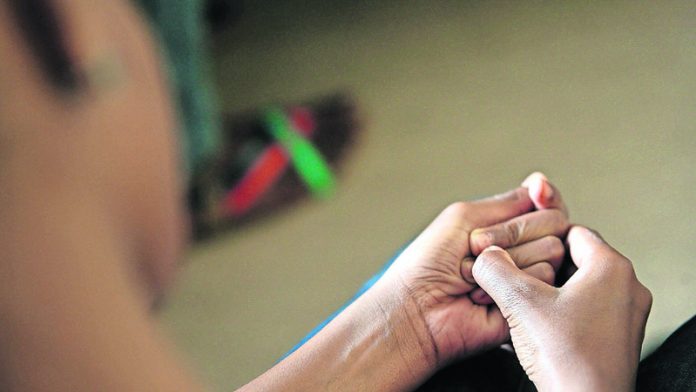 The girl was raped by her own father over a period of eight years. She bore him two children during that time and no adult intervened or helped her, not even relatives who knew what was happening. Eventually she mustered the courage to report her plight to the police and the man was charged.

But, in what might be the biggest failure of all, the justice system went on to let her down: both the magistrate and the prosecutor involved in the trial made serious mistakes, charging the man under nonexistent sections of the law, for example, and resorting to what the high court later called “sloppy prosecution”.

As a result a serial rapist was charged with just two counts of rape instead of the sometimes daily rape he perpetrated on his daughter over a number of years. And instead of the life imprisonment that he should be serving, an appeal court held he may only be sentenced to a maximum of 10 years on each count.

This horrifying case – shocking as much because of the facts as because of the irregularities, misdirections and other mistakes made by the justice officials involved – was finalised in the Grahamstown high court last year, but judgment was reported only this week.

At the centre of the story was a young girl who cannot be named. She told the court she lived with her father and her grandmother, and that soon after her 13th birthday her father raped her.

The girl’s mother was separated from the father and was living in another town. When the girl went to her for help, her mother told her “to go home to the place where she had been impregnated”.

When the girl threatened to tell the police or someone else about what he was doing, her father said he would assault or kill her.

She said he often assaulted her before raping her and then treated the injuries with special ointment.

After her second child was born she stayed for a while with her paternal grandparents, but her father came to fetch her in August 2009, saying if she wouldn’t go back with him he would kill her and take the children. The very next day she reported her situation to the police.

Her father was charged with two counts of rape – presumably because of the two episodes of rape on which the two children had been conceived.

Asked why she had eventually reported him, the girl said she was not his sex slave nor was she his wife. She said every time she threatened to report him he “reminded her that he was her father”.

The man’s version was that his daughter was a shrewd, manipulative liar. He also called their sexual relationship, begun in 2002 when he was 35 and she had just turned 13, “normal”.

He said he was her victim: instead of going to school she would get into bed with him and initiate sex.

He didn’t ask for help, even when he knew people were talking about the situation, because he was embarrassed that his child was controlling him in this way. He had no choice but to carry out her instructions.

Convicted “as charged” by the magistrate, the man was sentenced to life imprisonment, a sentence prescribed in cases in which there is more than one rape or when the victim is under age.

But a completely different picture emerged when the man appealed against his conviction and sentence.

The high court studied the record and was alarmed to find that he had been charged under four sections of the law, three of which had been repealed. No mention was made in the charge sheet or anywhere else of the fact that the potential existed for the man to be sentenced to life imprisonment, though the higher courts have repeatedly stressed that justice requires an accused to be given advance warning.

Judge Igna Stretch agreed that the man’s version – that his daughter was the guilty party – should be completely rejected. But she pointed out a string of mistakes made by those running the case.

‘Sloppy preosecution’
Neither the prosecutor nor the magistrate had put the charges to the accused – they had left this for the man’s own lawyer to do. This was “procedurally irregular conduct” that the judge heard had become common practice in the lower courts and that she referred to as “sloppy prosecution”. She said she “invited” judicial officers in future to be vigilant in discouraging and reprimanding such practices, and to “resist becoming a part of what can only be described as a series of unfortunate irregularities”.

Though there was provision in the law for charging someone for repeated offences, this had not been done. She said a prudent prosecutor who had properly prepared the case would have realised the girl’s evidence involved a very long and detailed story about ongoing sexual abuse and should have made sure the charge sheet reflected this reality, rather than simply recording two separate incidents of rape.

As it happened, the girl’s evidence of her father’s sexual conduct over a number of years could well have been held to be “irrelevant and accordingly inadmissible”, with a consequent adverse inference being drawn about her credibility. This was only avoided because of the “peculiar nature” of her father’s defence in the case.

It would also have been possible for the magistrate to have amended the charge sheet at any time before conviction and sentence, if he had noticed the mistakes that were made.

The charge sheet could then have reflected the reality of what had happened, and could have been amended so that the accused was given proper notice that he faced life imprisonment.

Sadly, said the judge, this had not happened – and it was too late to do so after conviction.

She said a life sentence would have been appropriate but could not be imposed, given the “problems, irregularities and misdirections” she had found in the trial.

It was not in the interests of justice for the previous sentence to stand, and she had to reconsider what penalty to impose, given the constraints of the charge sheet and other problems.

She spoke of the “aggravating and shocking” features of the father’s conduct, including the callousness of his threats to kill his daughter if she reported the rapes. These threats indicated that he had “a full appreciation of his vile deeds”.  “He wanted to ensure that his child remained a silent victim of his cruel conduct,” she concluded.