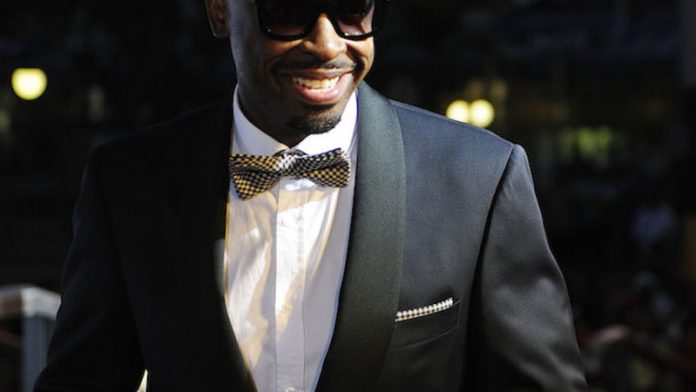 DJ Sbu arrested
Radio personality and entrepreneur, Sibusiso Leope (popularly known as DJ Sbu), was arrested for alleged drunk driving in Randfontein, Johannesburg, on May 2 and released on a bail of R1 500 according to  Eye Witness News reports. The news site quotes Gauteng police’s Tsekiso Mofokeng as saying: “In the early hours of this morning, police were patrolling Main Reef road near Randfontein. He was arrested for drunken driving and the person driving was DJ Sbu”, and that Leope was “pulled over because his driving was inconsistent.“ According to The Citizen, Leope will make his first court appearance on November 2 for allegedly driving under the influence of alcohol.

New TV shows
Top Billing presenters Bonang Matheba and Jeannie D, along with actress Bonnie Mbuli, are taking over the talk-show afternoon slot with their new daily talk/lifestyle show on SABC 3 at 4pm. The show titled, Afternoon Express, debuts on May 4 and runs for 45-minutes from Mondays to Fridays. Similar to the station’s breakfast show, Expresso, Afternoon Express will feature live music performances, food, DIY tips and competition segments.

The Soil
Local trio, The Soil, have proved there is still a market for a capella music by being one of the most sought after music acts in South Africa and receiving numerous Sama nominations for their music. Singing show, Sing-Off, is looking for the next best a capella group on Mzansi soil. The competition started off as a show in the United States of American in 2009 and has since been adapted in France, the Netherlands, China and now South Africa. The talent on the show, based on clips from the auditions, is impressive.

Once the contestants make it passed the audition phase, they’ll compete for a spot in the top 10 groups who’ll will battle it out for nine weeks on the show for a cash prize of R250 000 and a Sony recording contract. Sing-Off South Africa, which is hosted by Noluthando Nolly Meje, plays on SABC1 on Sundays at 6pm.

Jamie Foxx versus the US national anthem
Social media showed no mercy towards Grammy award-winning singer Jamie Foxx after he performed his rendition of the US national anthem just before the fight between boxers Floyd Mayweather and Manny Pacquiao on May 3 in Las Vegas. Foxx was let down by a couple of things: the arrangement of the anthem, the accompanying organ and his vocal riffs. The anthem ended up sounding like a whole new.

I actually like Jamie Foxx as a singer…but lastnight was pretty damn funny lmao!!!! Did he sing hallelujah at the end???

Hey how come no one arrests Jamie Foxx for his anthem?

Jamie Foxx’s national anthem had more twists and turns than the fight. #MayPac

Two more women accuse Bill Cosby of Sexual Assault
Actress Lili Bernard, who had a guest appearance on the last season of The Cosby Show in the 1990s ,has accused comedian and actor Bill Cosby of sexual assault, according to  The Wrap reports on May 1. Bernard spoke out about the allegations during a press conference held in New York on May 1 with attorney Gloria Allred and claimed Cosby “drugged, raped and threatened” her while “he was mentoring her” and preparing her for her appearance as “the zany and pregnant Mrs Minifield” on The Cosby Show, The Wrap reported.  According to Bernard, Cosby threatened and intimidated her after the assault, telling her, “As far as I’m concerned, Bernard, you’re dead,” and she interpreted the statement as a death threat. She has since been hospitalised for suicidal thoughts following the trauma.

She was also joined by writer Sammie Mays in the conference, who also claimed that Cosby sexually assaulted her in the press statement.

Mays said she met Cosby in the mid-1980s, “as a writer covering the NATPE convention in New Orleans” and requested an interview with Cosby, which took place in his hotel suite. Mays said Cosby “mixed a drink for her” with his back to her. After having the drink, Mays said: “The next thing I remember when I awoke, from my state of unconsciousness I seemed to have been drooling, and was sloppily slouched in the chair with barely the edge of my bottom in it” and that her shirt was unbuttoned, with her breasts exposed. More than 40 women claimed they had been drugged and sexually assaulted by Cosby ­– who has denied the allegations.

‘Stand by Me’ singer dies
US soul singer, Ben E King died on April 30 at the age of 76. King who is popularly known for his 1960s hit song Stand by me, died at the Hackensack University Medical Center in New Jersey. Born Benjamin Earl Nelson, King’s other hits include, Spanish Harlem, Amor and Don’t Play That Song (You Lied). He used to be a part of 1950s doo-wop and soul group, The Drifters, before he branching out to peruse a solo career. He is survived by his wife, Betty; three children and six grandchildren, according to  Al Jazeera reports.

Youth is not an excuse

Cape Town emerged as the leader on overall citizen satisfaction for the fifth consecutive year, followed by Ekurhuleni
Advertising